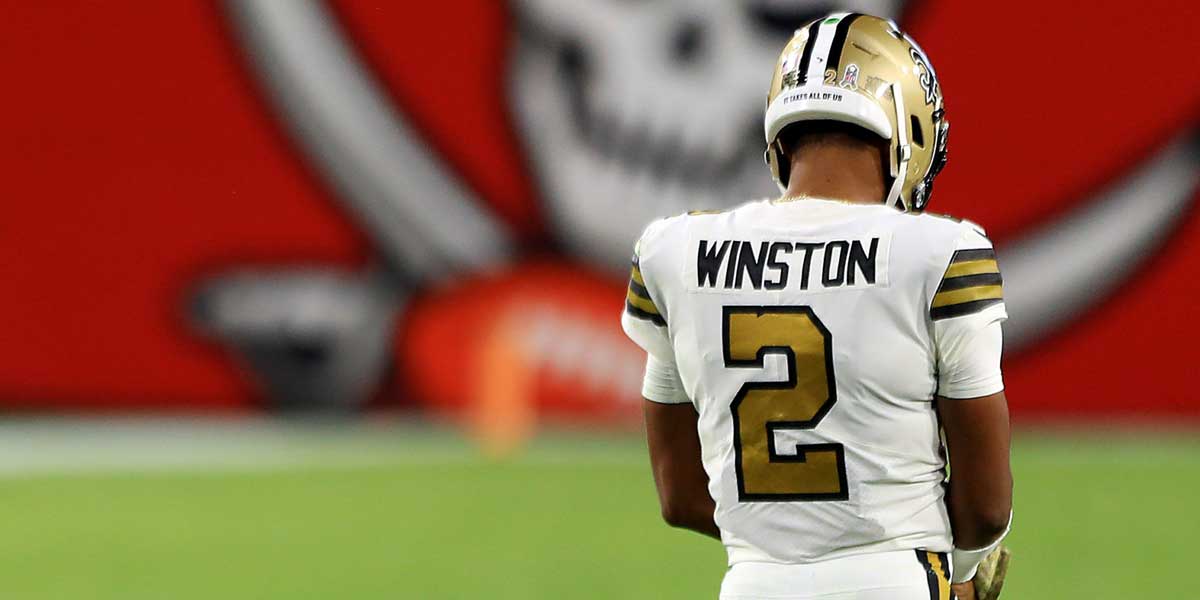 NEW ORLEANS – After an eventful Week 10 of the NFL season, some fantasy owners could be looking at the waiver wire to target players to fill holes and improve their teams.

Online betting sites have waiver wire options for all positions including quarterback, running back, wide receiver and tight end. Some of these additions could even turn out to be season-long additions in the long run.

Starting at quarterback, in an unfortunate turn of events, Drew Brees of the New Orleans Saints has suffered a series of injuries including multiple fractured ribs and a collapsed lung.

With that said the quarterback situation for the Saints will now rely on both Jameis Winston and Taysom Hill. However, Winston seems to be the more suitable option considering he is the better passer of the two and also being that the Saints use Hill as a utility player that lines up at almost every position.

Winston also led the league in 2019 in passing yards and touchdowns.

Those teams looking for a running back should look no more as Kalen Ballage is the obvious choice here. Ballage has etched his name as the clear RB1 for the Chargers in the past two games as he has rushed the ball for 15 or more attempts and 65 or more yards in both games.

He also has scored one touchdown and has seen a total of nine targets over the course of those two games as well which was good for 15.4 and 12.7 fantasy points.

Ballage is a part of a running back committee but he does see the most reps of everyone in it. He is a must roster across fantasy football sites heading into Week 11 as he has a favorable matchup with his former team, the New York Jets who rank 7 in the league against opposing running backs which means Ballage could be in for a big game.

The receiver position is one that is not hard to fill, but there are better options than others. One of the best options in the NFL right now is Miami Dolphins receiver, Jakeem Grant.

Grant has slid into the WR2 role with Preston Williams placed on IR with a foot injury. Grant took full advantage of the opportunity in Week 10 as he saw 5 targets for four receptions, 43 yards and a touchdown which was good for 12.3 fantasy points.

Williams is slated to be on IR for another two weeks and in those two weeks, Grant has two favorable matchups against the 15 ranked Broncos defense and the 10 ranked Jets defense.

With that said, Grant could serve as a WR2 in deeper leagues and a flex option in 10-man leagues.

The tight end position is one that is hard to fill as the position is scarce in the 2020 season. For those looking for a possible season-long tight end, heads should be turning towards Dalton Schultz of the Dallas Cowboys.

Schultz has seen an uptick in targets over his last two games which is not surprising considering he served as a security blanket for Garrett Gilbert and Ben DiNucci. Schultz saw eight and seven targets in his last two games and could be on pace to keep that number up as Andy Dalton is now back at the QB1 slot.

With Dalton back in the lineup, Schultz can be picked up as a solid season-long option.