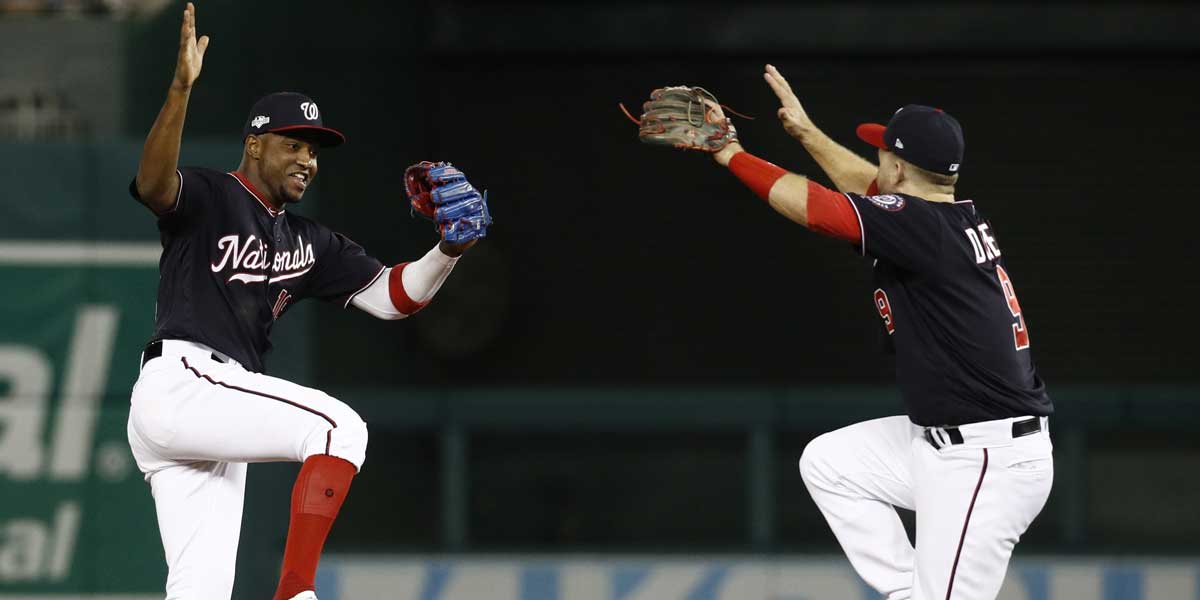 WASHINGTON, D.C. – The Washington Nationals are one win away from their first National League Pennant and their first World Series appearance. The Nationals have been going up against the St. Louis Cardinals for the NLCS title. Games One and Two took place at Busch Stadium in St. Louis where the Nationals won 2-0 and 3-1 respectively. Game Three was on their home turf at Nationals Park in Washington, D.C., where they won by a landslide with a score of 8-1, making the series 3-0. Tonight, they will play at home where they could be making franchise history.

The Washington Nationals (-170) will have the home field advantage once again coming into Game Four of the series. On the mound for the Nationals is LHP Patrick Corbin. Corbin had a 2019 season ERA of 3.25 in 33 games played. His postseason ERA is 7.56 pitching for a total of 8.1 innings in four games. The Nationals are the favorite to win after an unreal series thus far. Their runline is set at -1.5 (+120) with a total of U 7.5 (EVEN). Seven of their last nine games against the Cardinals have had the Nationals take the UNDER. The series price for Washington is set at -4000 to win.

The St. Louis Cardinals (+145) will have RHP Dakota Hudson pitching for them tonight. Hudson will take the field with a 2019 season ERA of 3.35 in 33 games pitched. He and Corbin have pitched the same amount of games during the regular season but Corbin has a slightly better ERA. For his postseason outings, Hudson pitched in 4.2 innings in one game for St. Louis, giving him an ERA of 1.93. The runline for the Cardinals is set at +1.5 (-140) and their total is set at O7.5 (-120). While on the road, the team has gone OVER in their last four out of five games. The series price for St. Louis stands at +1000. Down by three games, the Cardinals are the underdogs tonight at sportsbooks for US players.

Game Four of this series will be televised on the TBS network at 8:05 pm EST. With as hot as the Nationals have been in the postseason, it’s almost certain they will win the NL Pennant and advance to the World Series. And what better way to do it than in their hometown with all of their fans there to share in this historical moment?