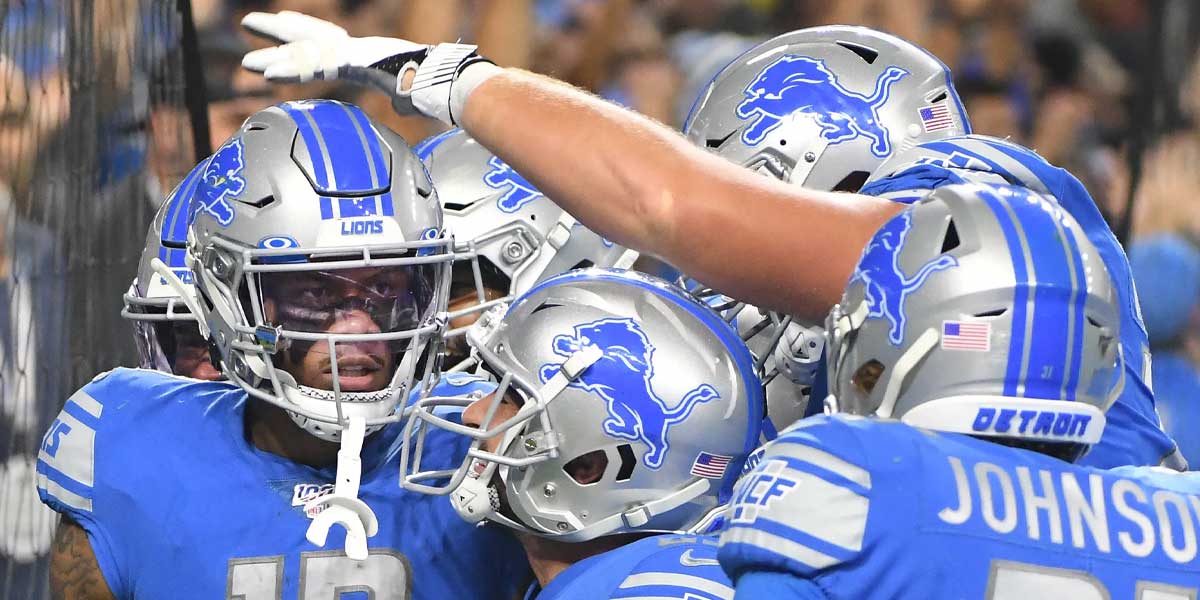 LAS VEGAS – While the country sits in limbo and debates the possibility of football never returning oddsmakers are already hard at work developing NFL futures for the potential next season.

When it comes to NFL betting there are a few certain teams that are sure to return to dominance next season. However, there are also a few franchises that are looking to prove the doubters wrong.

When examining the team odds to make the playoffs, there a few underdogs that might be worth a second look.

The Detroit Lions are notably one of the most downtrodden franchises in NFL history, consistently loaded with generational talent that isn’t quite able to put it all together.

However, this years’ NFC North is looking rather feeble, with the Green Bay Packers and Minnesota Vikings both seemingly holding on to aging pieces, yearning for a true identity.

If the Lions could finally manage to protect QB Matthew Stafford and bolster a functioning defense behind their top draft pick Jeff Okuduh, there are more than a few scenarios that sees them fall into the playoffs.

At +275 on USA online sportsbooks, anything is worth a chance.

One of the more surprising lines available is the prospect of the Los Angeles Rams not making the playoffs at -185. This is a team that made it to the Super Bowl just two seasons ago, that still possesses one of the best players in the league in Aaron Donald.

They are moving into a brand new stadium, and despite some design controversy regarding a certain new logo, the Rams were and still are a team of the future.

It will come down to if Coach Sean McVay and QB Jared Goff can manage to capture lightning in a bottle once again and get the team back on the 2018 path that almost led them to the very top. It will also come down to how they fair in their division which holds both the Seattle Seahawks and the San Francisco 49ers.

The Falcons took a hard hit to the second half of their 2019 season. After coming out with strong early performances like a week 2 win over the Philadelphia Eagles, the Falcons were being picked to go as far as the divisional round.

That never materialized as the Falcons collapsed under a porous defense.

If Atlanta can manage to fill the holes in their defense, especially at cornerback, they will always have a chance to win any game they play.

This is still one of the most powerful offenses in the entire league, with Matt Ryan proving he still has some gas in the tank. A reshuffled NFC South and a healthy Julio Jones and Todd Gurley could be all the Falcons need to make another deep run.