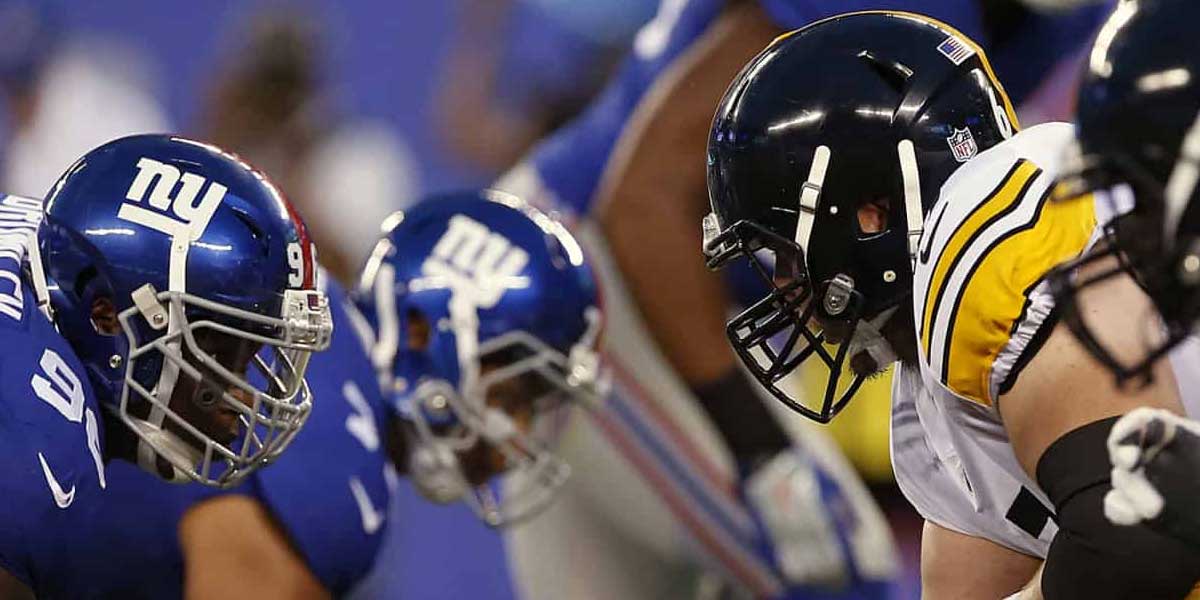 NEW YORK – As Week 1 of the NFL Kickoff begins to wind down, there is a Monday Night Football doubleheader for bettors to look forward to.

The Pittsburgh Steelers and New York Giants will begin the night while the Tennessee Titans and Denver Broncos cap it off.

The Steelers are the favorites but bettors should not be so quick to bet on their NFL odds as the Giants are capable of pulling off an upset.

The Giants are going into Week 1 completely healthy for the first time since early in the 2019 season. They will have arguably the best running back in the league in Saquon Barkley, a talented tight end in Evan Engram and a great receiving duo with Sterling Shepard and Darius Slayton.

Still, there is no doubt that this could be a close matchup between the two.

Looking at the total, 45 points might seem a little high for this matchup. In the last six meetings between the two, the over was hit twice, while the under was met four times. Also, the Steelers saw the under hit in seven of their last eight games closing the 2019 season.

The Tennessee Titans and Denver Broncos will be facing off for the fifth time since 2010 on MNF.

The Titans are seen as the favorites in this one simply because of one man and that man is Derrick Henry.

Henry is easily the most used workhorse in the entire league, and he thrives off of this as he tears defensive lines apart. This matchup against the Broncos, however, should be no different as the Broncos are missing a key piece on their defensive line in Von Miller who will miss the entire season.

Unfortunately for the Broncos, without Miller, stopping Henry is going to be near impossible. Even if they do find a way to somewhat slow him down, the Titans air attack from Ryan Tannehill is prevalent, as he has resurged as one of the more exciting quarterbacks in the league.

The point total in this one might be somewhat high as well. In the last five meetings between the two, the over was met just twice while the under was seen three times.

Bettors here can expect the new and improved Titans defense to hold their own against a Broncos defense missing a key piece despite losing the last six road games in Denver.

When betting on Week 1 of Monday Night Football, bettors can consider these NFL trends when making their bets:

The Steelers are 7-1 against the spread in their last eight games against an NFC team.

The Titans have hit the game total in 10 of their last 13 games.

The Titans have gone 1-6 against the spread (2-5 SU) in their last seven games against the Denver Broncos.