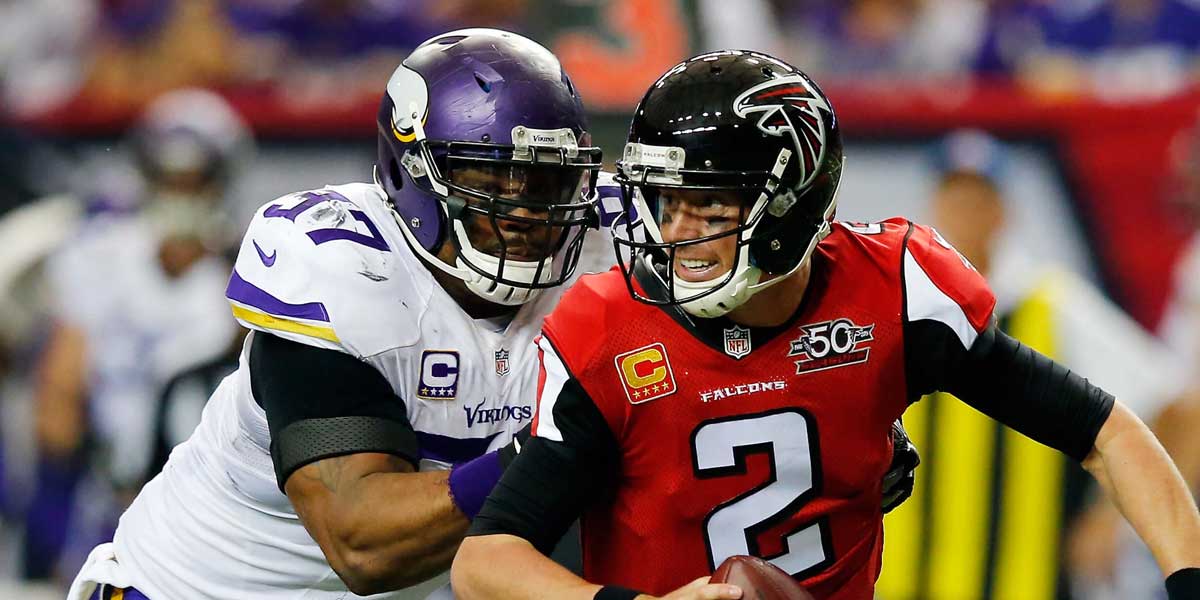 TALLAHASSEE, Fla. – Week 1 of the NFL season has officially begun, and Sunday’s slate of games has bettors lining up to lay their action. While many are quick to put their action their favorite teams to start the season, it is always advised to do some research before putting your money on the line.

Three of the 1 p.m. EST games are worth considering, as their moneyline at US sportsbooks offers bettors a great chance to win NFL bets on the first week of games.

The Vikings (-200) are a heavy favorite in this contest, as their moneyline floats around -200 depending on the site. The Vikings lead this series 19-11 but have not played since December of 2017.

The Vikings are on a three-game winning streak in the matchup’s history, where the most recent two victories came on the road in Atlanta – including the 2017 meeting where the Vikings won 14-9.

The last time these teams met during Week 1 of the regular season was in 2007 and, continuing the trend, the Vikings won this game as well. Still, that doesn’t stop us from considering taking the Falcons. Each sportsbook offers different odds on the underdog, so shopping lines is vital when looking to take action on the moneyline.

The Falcons opened at +180 but their odds are now as follows:

With the Falcons opening up against the Vikings, taking their moneyline at SportsBetting or Bovada seems to be the best opportunity. Though both teams have the capability of scoring in a quick manner, we give the nod to the Falcons.

The Falcons defense was very injured last season, resulting in terrible numbers across the board defensively. Now, with their secondary healthy and the return of running back Devonta Freeman, the Falcons will look to return to their running game.

If anything, it creates a wonderful situation to hedge or live bet later on during the game if the Falcons can pull off an early score.

All of the eyes are on the Browns this year but sometimes that hype isn’t the best for a young team. The Titans aren’t much older in the grand scheme of things but their experience together as a unit has not changed much.

Not only did they allow 4.7 yards per rush last season (tied for 8th worst last year), but they also allowed the fifth-most rushing yards all season (2,163). If the Titans can keep control of the game with their rushing attack, the odds set for the Titans would seem like an easy payout.

It looks like SportsBetting is the best situation for bettors looking to take action against the public and the media’s opinion. The Titans may have a sneaky good team this year, so taking a chance on them early may be a risk worth taking.

Cam Newton took an injury scare in the preseason and though he will be ready to go for Week 1, betting against the NFC Champions seems difficult. The Panthers (+105) are the slight underdog in the matchup but are the home team here.

There is always the stipulation against west coast teams traveling east to face opponents for 1 p.m. EST games, and the mindset to stay away from successful teams who may have a hangover going into the next season.

Still, even with a half-recovered Todd Gurley, taking the Rams may be a good call here:

Again, SportsBetting comes in as the best opportunity to bet on the Rams. At -125, these odds can easily be hedged later on even if the Panthers take an early lead. Still, the belief is that you won’t have to hedge our only favorite bet on the list.