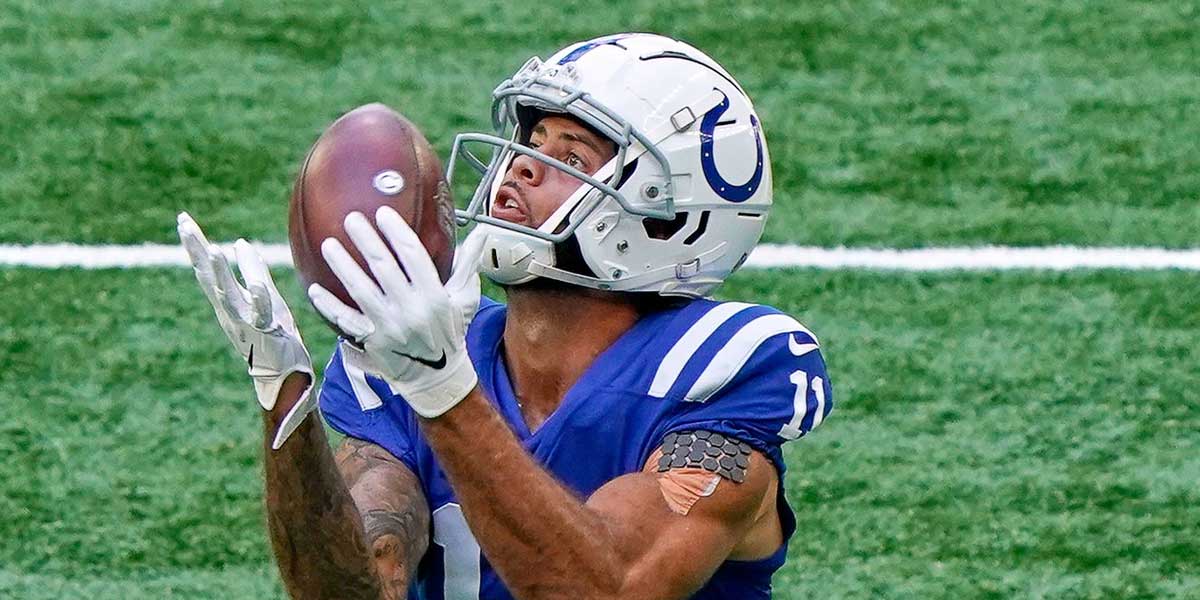 INDIANAPOLIS – With Week 11 of the NFL season on the horizon, fantasy football GM’s and owners can look at free agents to add to their rosters as the waiver wire period has come and gone.

Online betting sites allow their fantasy football owners to pick players up during the waiver period and also after the waiver period when that week’s free agency period begins. It is good to scout out players on the free-agent market that are not highly owned.

The first free agent to look at and consider is Michael Pittman Jr. from the Indianapolis Colts. Pittman has been getting more involved in the offense over the course of two weeks as their former WR1, T.Y. Hilton, has certainly taken a step back.

By all means, Pittman is not the WR1 on this team but the team has made sure to get him more involved as he has seen seven and eight targets over the past two weeks. Pittman has also shown what he can do when given the opportunity as he is coming off of an eight target and seven reception game where he went for 101 receiving yards and also had 21 rush yards as well.

As the season continues, he is worth the pickup also being that the Colts' upcoming schedule in their final six games includes four games against bottom 15 teams that defend against the pass.

Moving on, Devine Ozigbo is a player that is worth picking up right now as he is bound to see more field time.

He has not seen a single snap this season but is sure to get his opportunity coming up as the Jaguars have placed their RB2, Chris Thompson, on IR. With that said, Ozigbo is the only healthy running back on the Jaguars team aside from their RB1, James Robinson.

Something else that should point to him being picked up is that if Robinson were to go down, he would immediately move into the RB1 slot. Prior to the season starting, Ozigbo was actually seen higher on the depth chart than Robinson which speaks volume in its own.

With that said, he is worth the bench spot and fantasy football sites.

The third free agent to consider here is Zach Ertz. Ertz was placed on IR back in Week 7 after suffering an ankle injury.

Prior to being placed on IR, Ertz was not having the season he was hoping for as he put up just 178 yards and a touchdown on the year. Since then, the Eagles have just recently designated Ertz to return from IR.

With Ertz now returning, he will get his opportunity to bounce back as the team’s top two receivers DeSean Jackson and Alshon Jeffery are either on IR or have been bounced from the starting lineup.

That could mean that Ertz will be getting more targets and opportunities.

The final free agent here is Carlos Hyde. Adding Hyde is contingent on if Chris Carson returns or not this week. Also, in the event that Carson does return, what his snap count will be.

It is possible that if Carson were to return that he does have a snap count as he has missed the past three NFL games which would certainly mean that Hyde sees more field time. If Carson does not return this week, he will serve as the team's RB1.

He served as the RB1 just one time this season before eventually getting injured and put in a spectacular game where he rushed 15 times for 68 yards and a touchdown which was good for 15.1 fantasy points.

Hyde is worth keeping an eye on depending on Carson’s situation.