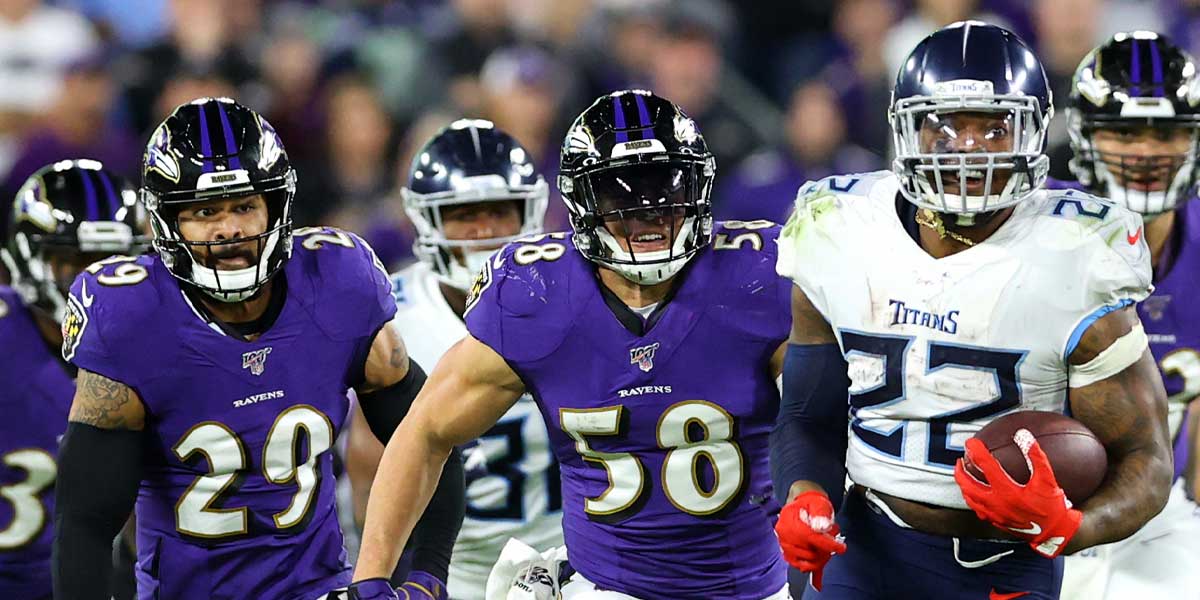 LAS VEGAS – As the leaves continue to change and the temperatures continue to drop the NFL phases into the second half of the season.

This is the time of year where the elite teams begin to separate themselves from the pack, and where playoff battles begin to take shape. In terms of NFL betting, bookies have a much better understanding of each team at this point, which leads to some interesting betting lines.

Heading into Week 11, there are four key games that bettors are looking at on the major online sportsbooks.

Starting off the week with a huge matchup Thursday night between the Arizona Cardinals and the Seattle Seahawks. The first meeting between these teams was an instant classic, with the Cardinals escaping with a 37-34 overtime win. Russell Wilson threw for 388 yards and three touchdowns in that game, but his three interceptions were too much to overcome down the stretch.

Both teams are 6-3 on the season, but the Cardinals have tons of momentum after winning last week on a last-second Hail Mary to Deandre Hopkins.

The angle you didn't know you needed of @DeAndreHopkins' catch 👀💫

While this game likely won’t end as spectacularly, there will still be some fireworks. The first meeting featured over 1000 combined total yards of offense between the teams, and this Thursday will probably be a shootout once again.

Another matchup between 6-3 teams comes this Sunday when the Tennessee Titans meet the Baltimore Ravens. Both of these teams have successful records so far in 2020, but have underachieved in terms of performance in big games.

The Titans only own two wins against teams over .500 this year, and have experienced sour losses at the hands of the Pittsburgh Steelers, Indianapolis Colts, and Cincinnati Bengals.

Meanwhile, the Ravens are in a similar boat, with their best wins being over the Cleveland Browns and the Colts. The Ravens looked anemic in their Sunday night loss to the New England Patriots last week, and are waiting for Lamar Jackson to turn on the magic that won him the MVP last season.

This game will likely come down to who can make more dynamic plays on offense.

Tua time has been nothing short of electric down in South Beach. The rookie Tagovailoa is 3-0 since taking over for Ryan Fitzpatrick, and has his Miami Dolphins at 6-3, eyeing a wild card spot. The Dolphins take on the Denver Broncos this week, where the biggest challenge will likely be the mid-November Denver weather for the Florida natives.

The Broncos are 3-6 on the year, and while there have been bright spots from Drew Lock, there simply aren’t enough pieces there to compete with good teams yet. This will be a good game for NFL betting winners to see if Tua can handle his business against a weaker team.

The last marquee matchup of the weekend is likely the best game of the week. The 7-2 Green Bay Packers head to Indy to take on the 6-3 Indianapolis Colts. The Colts have been quite the surprise this season with Phillip Rivers at quarterback and were able to get a key divisional win over the Titans last Thursday.

The Colts' other wins this year haven’t been as impressive, and losses to the Browns and Jaguars possibly show the floor of this team, but there is plenty to be optimistic about going forward. Meanwhile, the Packers are once again holders of a great record, but a strangely close game against Jacksonville last week has bettors weary.

The Pack will need to avoid the same mistakes they made last week to score points against a sturdy Colts defense.