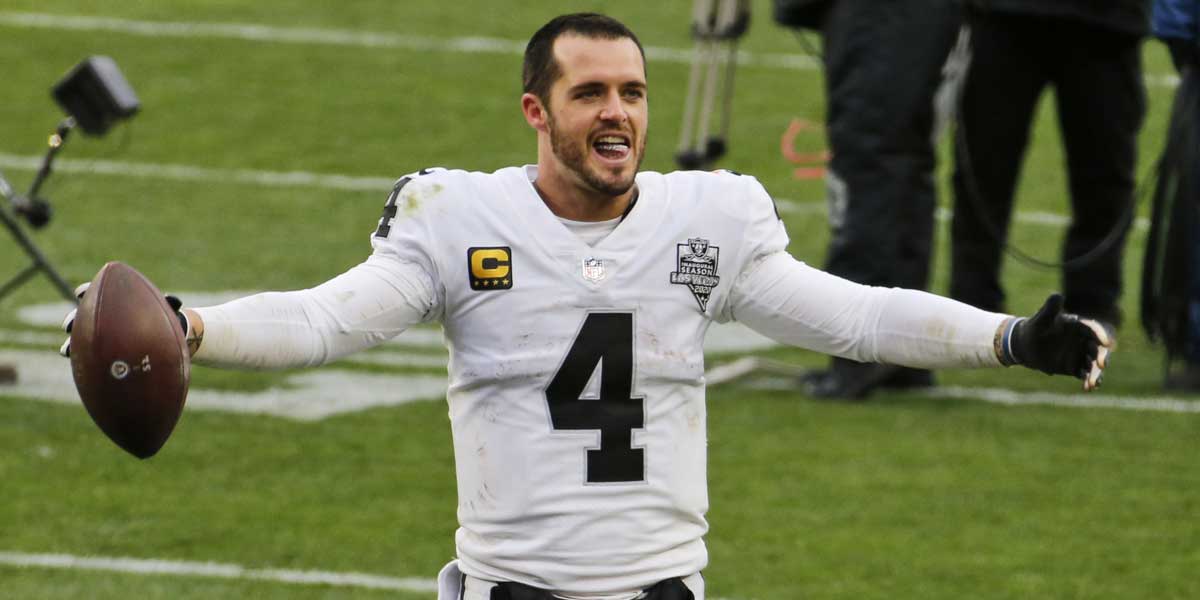 LAS VEGAS – With Week 11 of the NFL season in the books, fantasy football GM’s could look to add players to their rosters through the waiver wire in order to make a last effort push to the fantasy football playoffs.

There are plenty of players available on fantasy football sites at every position in order to fill holes in any roster.

For those fantasy owners that do not have a season-long quarterback and stream them weekly, Derek Carr should be at the top of the list for quarterbacks in Week 12.

Carr is coming off of a great game where he put up 275 yards and 3 touchdowns against the Kansas City Chiefs which was good for 27.6 fantasy points. He also has a great matchup with the Atlanta Falcons in Week 12 who are ranked dead last when it comes to defending against opposing quarterbacks.

With that said, the Falcons defense is clearly trending in the wrong directions which lifts Carr’s value even more.

Those looking for a reliable running back heading into Week 12 can look no further than Gus Edwards.

Edwards is being set up for a big game on Thanksgiving Day as he will have the backfield all to himself after the Ravens' other two backs, Mark Ingram and J.K. Dobbins, have both tested positive for COVID-19.

Edwards does have a tougher matchup with the Pittsburgh Steelers who rank 31 in the league against opposing running backs which could be a deciding factor. However, Edwards put up 87 yards and a touchdown in his last NFL game against the Steelers which was good for 14.7 points.

Being that he’ll have the backfield to himself, he should be a great addition to any team.

Another viable waiver wire pickup could be Nelson Agholor from the Raiders.

He has not only made fantasy owners happy but those that bet the over for his player prop totals listed at online sportsbooks can support this as well.

With Agholor trending upwards and the Raiders in prime position for a playoff push, now is the time to put in a claim for him.

Schultz has been one of the bright spots for the struggling Dallas Cowboys this season and he seems to be trending upwards as well.

In his last three games, he has seen eight, seven and six targets and has made the most of them. Most recently in Week 11, Schultz went for four 25 yards and a touchdown on four receptions which was good for 12.5 fantasy points.

Now with Andy Dalton back under center, it seems that Schultz could see more red-zone targets and targets in general as he acts as a security blanket in the passing game. That being said, Schultz is not only a bright spot on this Cowboys offense but also in a tight end position that is seeing one of its worst years.