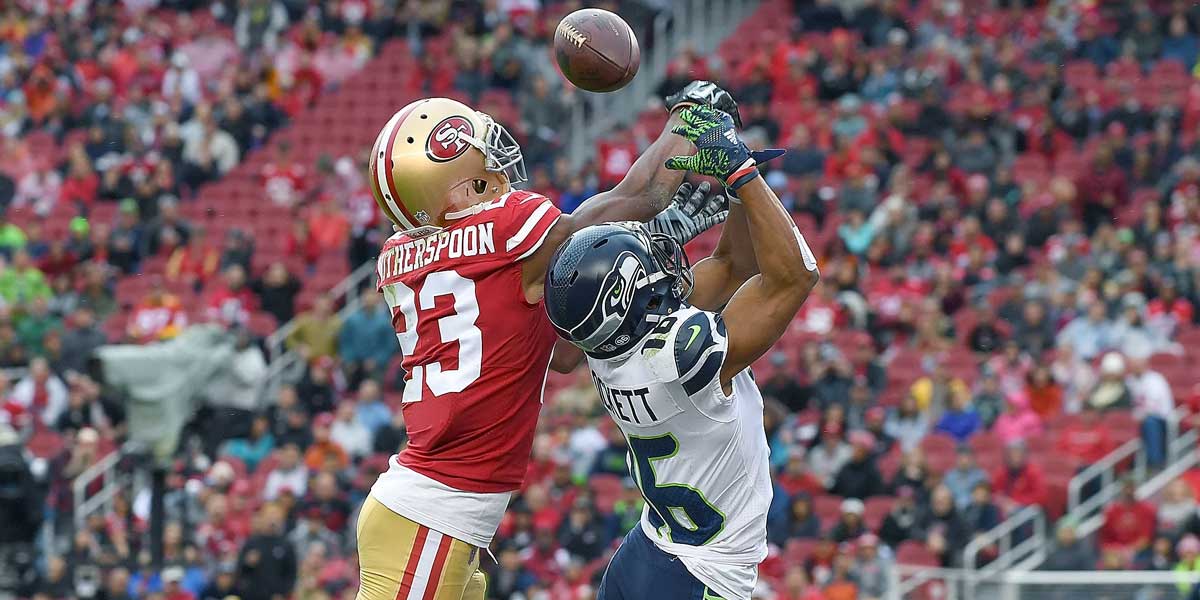 SEATTLE – Week 17 of the NFL season has plenty of games on Sunday that can provide bettors with opportunities to increase their bankrolls heading into the NFL playoffs.

None of the games though are as important in terms of playoffs seeding as much as the Seattle Seahawks hosting the San Francisco 49ers. The Seahawks can be seeded anywhere from the top seed to the fifth seed depending on this game and a handful of other games.

Despite a few of the games having importance for individual teams, the actuality is that many teams need a few instances to occur synonymously in order to improve their seeding.

Within these NFL playoffs seeding scenarios, Week 17 may be the most important week of the season.

The Seahawks (+155) were the victor in these teams’ first meeting on the year. With the NFC West division title on the line, the struggling 49ers (-175) will look to show oddsmakers at US sportsbooks that they chose the correct favorite.

This time around, the battle will be played in Seattle, where the Seahawks have been surprisingly subpar this season. With an 8:20 p.m. EST kickoff that ends the NFL regular season and in the only weekly matchup that features two playoff teams, NFL bettors couldn’t ask for a better last game heading into the playoffs.

The over-under for the 49ers and Seahawks game is set at 47 points, and bettors should be encouraged to parlay the under with whoever they believe can take the divisional crown.

In another divisional matchup, the Titans (-190) are the strong favorites on the road. With the Texans (+165) having the AFC South won already, they may take their foot off the gas and cruise into the playoffs.

Interestingly enough, if the right NFL playoff scenario happens, the Titans and Texans could meet in the first round of the playoffs immediately after playing in Week 17. However, the Titans will need to finish off their impressive play as of late if they want the potential third meeting of the year, as their playoff position is not guaranteed.

Still, the Texans have kept many games close this season, and bettors shouldn’t be shy to take a chance on their moneyline. Through hedging in live betting, bettors may find a fantastic opportunity to bet on both sides of this game.

The kickoff for the Titans and Texans game is at 4:25 p.m. EST and features an over-under of 45 points.

In what is normally a fight for the AFC North divisional crown, the Ravens are so far ahead of other teams that they even have the top seed locked up. The Steelers are currently slated out of the playoffs but can sneak in assuming they can beat a Ravens team that will be resting a few starters – including the soon-to-be-awarded MVP Lamar Jackson.

This matchup is a pick’em and as any matchup between the Steelers and Ravens goes, bettors should monitor whatever wager they choose. No matter how successful one of the teams is at the moment of game time, this rivalry seems to always come down to a few plays that keep the game closer than most anticipate.

With the Ravens comfortably in the lead and the Steelers playing for their playoff lives, look for Mike Tomlin to have his squad ready to go. Still, John Harbaugh isn’t one to slow down his team's momentum – especially against his divisional rival.

Bettors shouldn’t worry that Robert Griffin III is starting under center for the Ravens. Their defense and overall team play should be enough to take down the Steelers in Week 17.