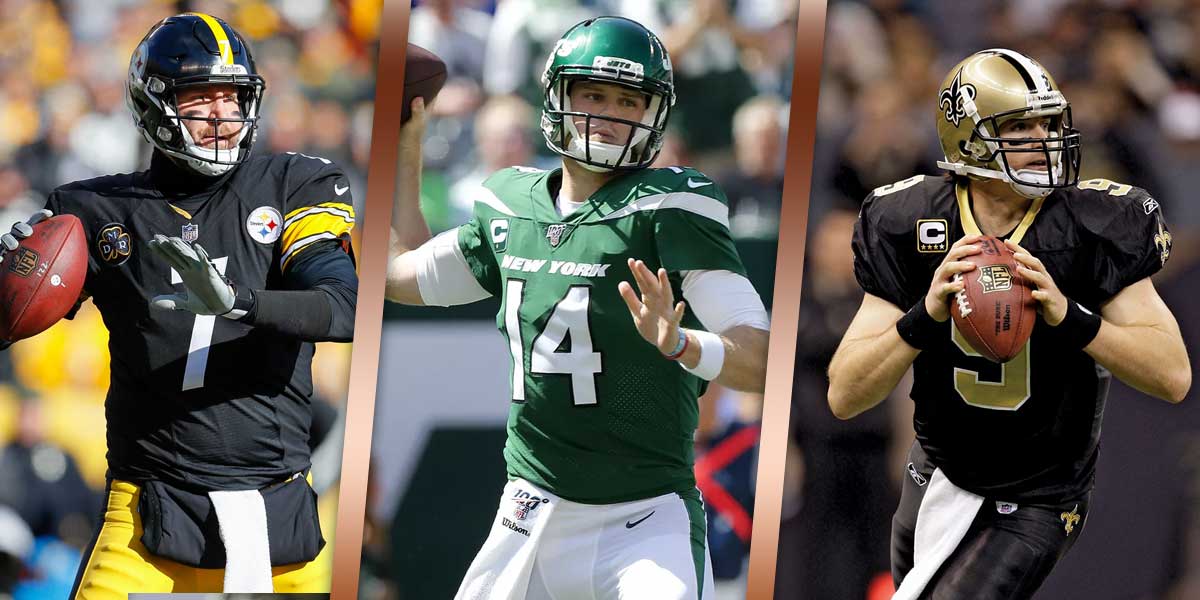 Tallahassee, Fla -- In Week 2 of the NFL, we saw two future hall of fame quarterbacks in Drew Brees (thumb) and Ben Roethlisberger (elbow) leave their games early due to injury. With this, the New Orleans Saints' and Pittsburgh Steelers' fanbases witnessed their teams Super Bowl hopes dwindle right before their eyes. However, the most peculiar “injury” to a quarterback this week belongs to Sam Darnold, who is missing the New York Jets Monday night game against the Cleveland Browns because he has mono.

Sam Darnold was "injured" before a Week 2 snap had even occurred. The New York Jets quarterback was ruled out for the Monday night contest against the only quarterback drafted ahead of him in his class, Baker Mayfield.

The Jets are 7-point underdogs against the Browns and not having Darnold should make this game easier for the Browns defense. The line originally opened at +2.5 for the Jets, but shifted drastically since the news of Darnold's illness.

It is unknown how much time Sam Darnold will miss with mono, but he wasn’t placed on IR which means he can return to football activities as soon as he is ready. The Jets will start Trevor Siemian until Darnold gets healthy. After the Monday night game, the Jets have a tough matchup as they face the defending Super Bowl champion New England Patriots in Foxboro, so Darnold's return will be heavily celebrated in New York.

Drew Brees injured the thumb on his throwing hand which prevented him from being able to pick up a football, thus ending his Sunday early.

In the wake of a 27-9 loss at the hands of the NFC champion Los Angeles Rams. The Saints now find themselves 1-1 and without their leader. Brees so far this season has thrown for 408 yards on two touchdowns and two interceptions.

Teddy Bridgewater will take over under center in Brees' absence. The fallout from the Drew Brees injury has been swift, sportsbooks wasted no time moving the Saints Super Bowl and NFC Championship odds. The Saints were once betting favorites to win the NFC, now sportsbooks have them listed at +500 with only the Los Angeles Rams ahead of them at +450 odds.

It’s safe to assume that Brees will miss at least six games this season and if he misses more games, the Saints Super Bowl and playoff hopes are in serious trouble. In what will be their first game without Drew Brees as the starting quarterback since Week 17 last year, the Saints hit the road to play against the undefeated Seattle Seahawks.

The Seahawks are 2-point favorites and have had the Saints' number in previous matchups. Being 6-3 in their last nine meetings against the Saints straight up, things may have just gotten much easier.

As for Big Ben, he injured his elbow late in the first half of the Steelers' home game against the Seattle Seahawks. The Steelers fell to 0-2 for the season and Ben Roethlisberger will be out for the remainder of the season.

This is a major blow to any playoff or Super Bowl dreams the Steelers had for this year. Sportsbooks for US players had the Steelers listed at +2800 Super Bowl odds before the Roethlisberger injury and now Bovada has the Steelers title odds at +4000. With Roethlisberger out for the season, the Steelers playoff hopes are likely dead. It will be interesting to see if this will be the last game we ever see Ben Roethlisberger play for the Pittsburgh Steelers, as he has previously thought about retirement.

Mason Rudolph will take over at quarterback for the Steelers going forward, as they take a west coast trip to face the undefeated San Francisco 49ers next Sunday. The 49ers are 1-point favorites right now, but that line should move in favor of the home team as we get closer to Sunday. Pittsburgh is 2-6 ATS in their last 8 games and without Roethlisberger in the lineup, shying away from betting on the Steelers is advised for now. Roethlisberger will finish his season with 351 passing yards, no touchdowns, and one interception through two games.

Unlike Brees' injury, where there is optimism he will return this season, the same can’t be said for Roethlisberger. The New Orleans Saints and the Pittsburgh Steelers playoff aspirations are looking dim with the looming absences of their quarterbacks. Replacing quarterbacks like Drew Brees and Ben Roethlisberger won’t be an easy task, as these two have combined throughout their careers to win three Super Bowls, throw for 885 touchdowns, and amass over 125,000 passing yards. The backup quarterbacks Teddy Bridgewater and Mason Rudolph will both have some big shoes to fill.