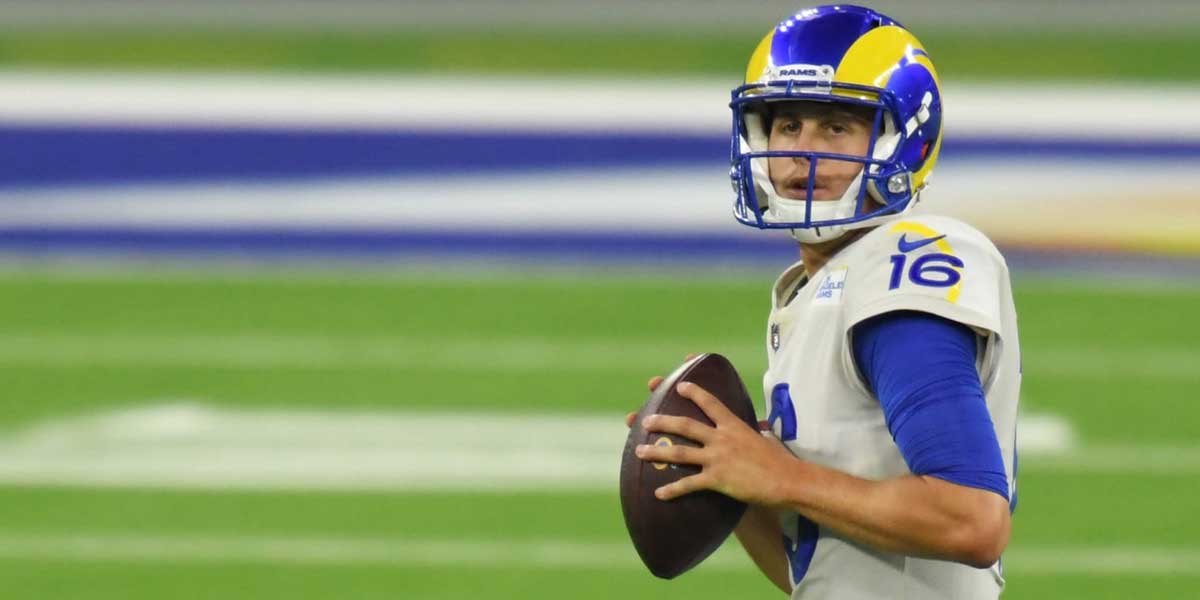 LOS ANGELES – With Week 9 of the NFL season in the books, fantasy football owners and GM’s can begin searching the waiver wire for talent to add to their rosters.

Online betting sites allow their users to add players from the waiver wire to their fantasy football rosters. The waiver wire is a great option for fantasy teams that have suffered from injuries.

Goff is a great option for those fantasy football teams that stream a quarterback weekly.

It also helps that the Seahawks rank dead last when defending opposing wide receivers also as it will allow Goff to be able to make big plays.

Goff should be a must roster in Week 10 for those teams that do not have a set quarterback.

After missing Week 8 due to a hamstring injury, Patrick returned in Week 9 and continued his strong season. In seven games this season, Tim Patrick has seen five or more targets in five of those games.

It helps that Patrick was moved to the WR2 slot earlier in the season as he has really taken advantage of the opportunity. In four of his seven games this season, he has hit over the 10-point fantasy mark and could hit it again in Week 10 against a Raiders defense that is coming off a week where they allowed Keenan Allen to go for 103 yards and a touchdown.

Not that Patrick has the same skillset as Allen, but he certainly has a high ceiling in Week 10 because of it.

For those that are in need of some running back help or are suffering from the injury that David Johnson took, Duke Johnson could be of assistance.

The Texans RB1, David Johnson, went down in Week 9 after taking a blow to the head and suffered a concussion from it. That being said, he will surely be sidelined which means that Duke Johnson shifts into the RB1 slot now.

After taking over for David Johnson in Week 9, Duke came in and rushed 16 times for 41 yards and a touchdown and also had 32 receiving yards on four receptions.

Something else to take note of is the fact that the Texans are regarded as out of the playoffs with a 2-6 record. With this, they will not need to hurry David Johnson back at all which leaves Duke Johnson with more opportunities.

Being that the tight end position is such a scarce position in the NFL, there are many teams that use the waiver wire to stream tight ends weekly. Eifert could be a solid option on a weekly basis as he has started to gain some traction having seen five or more targets in his last three games.

Eifert is coming off of his best game of the season thus far where he went for 48 yards.

It seems as if Eifert has built a chemistry with the Jags replacement QB1, Jake Luton, which certainly helps his fantasy value.