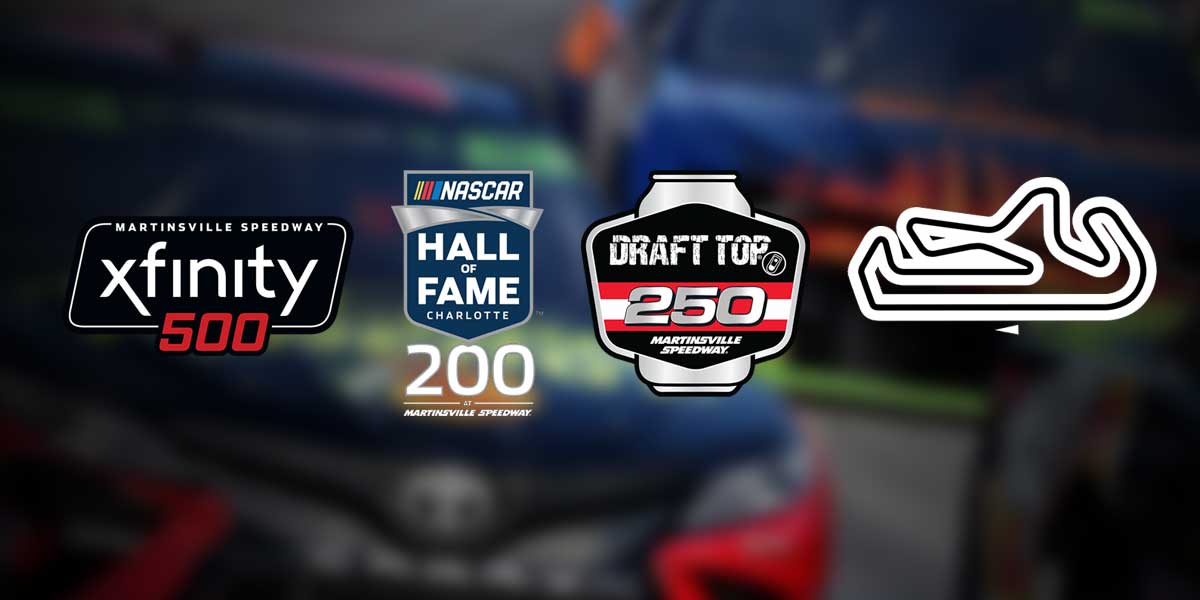 RIDGEWAY, Va. – This weekend features a stacked slate of NASCAR and Formula 1 races that motorsports bettors should be looking to capitalize on especially with the NASCAR playoffs heating up.

A trio of NASCAR races will be held at the historic Martinsville Speedway while Formula 1 will have the Emilia-Romagna Grand Prix in Italy.

There will be a lot of opportunities to bet on auto racing at online sportsbooks and below are the betting odds for every NASCAR race as well as the Emilia-Romagna Grand Prix.

The Camping World Truck Series is also one race away from declaring a winner as Sheldon Creed, Brett Moffitt, Austin Hill, and Zane Smith are the top four drivers in the playoff race currently.

Matt Crafton (+450) is the only driver in the top five playoff standings to have recorded a win at the NASCAR Hall of Fame 200.

That experience could give Crafton an edge over the field as he’ll need a strong showing to crack into the top four.

Creed has the most wins in the Camping World Truck Series this season, those wins have earned him the top spot in the playoff standings with only one race left to go.

It’s not often that one of the best drivers in the series isn’t favored to win a race, especially during the playoffs. This is why Creed’s +500 odds to win the NASCAR Hall of Fame 200 should be taken with confidence as his lead in the playoff standings doesn’t give him much room for a lackluster performance.

The Xfinity Series playoff races have also been tight as Chase Briscoe has tried to fight off the field for most of the postseason.

The Draft Top 250 returns to Xfinity Series for the first time since 2006 with a pivotal postseason race on tap. The top four drivers in the playoff standings for the Xfinity Series are Chase Briscoe, Austin Cindric, Justin Allgaier, and Justin Haley.

These four drivers will be looking to set themselves up for a shot at the Xfinity Series title in next week's race.

Briscoe has the most wins in the Xfinity Series thus far with nine, he also has led the series in laps led with 991.

His +375 odds to win the Draft Top 250 are well worth the risk considering Briscoe has to finish higher than Austin Cindric to protect his lead in the postseason standings with only one race left to go.

This will likely be the closest contested race all weekend but expect Briscoe to come out on top just as he has been doing all season.

The NASCAR Cup Series is inching closer to crowning a champion as the top four drivers in the playoff standings are Joey Logano, Kevin Harvick, Denny Hamlin, and Brad Keselowski.

The Championship four will look to keep their spots solidified with one race left in the season. Martin Truex Jr. won this race last year and has the shortest odds at +300 to win the Xfinity 500 in consecutive years.

Keselowski has been one of the most consistent drivers in the Cup Series this season and that’s a trend that should continue going into the Xfinity 500.

Keselowski in his past two races has finished in fourth and sixth place; these strong showings in the playoffs have primed Keselowski for a shot at the Cup Series Title. He’ll start from the pole position in the Xfinity 500 and with his recent showings the +525 odds on him to win this race are well worth the risk.

Those looking to bet on the Xfinity 500 without having to choose a winner are in luck as Bovada has posted group betting props for the race.

Winner: Joey Logano (+340). The playoff races have been where Logano has made his mark which is why he is currently atop the playoff standings.

Logano last won the Hollywood Casino 400 and will start from the seventh spot with only Kevin Harvick in this group starting ahead of him.

Take the +340 odds on Logano to come out of this group with the highest finishing position as he looks to put himself in a position to win the Cup Series title next week.

It’s just not smart to bet against Lewis Hamilton in Formula 1 racing.

Hamilton has won eight races in 2020 and that’s more than all other drivers combined. Hamilton’s dominance of the sport cannot be underestimated.

If you’re looking for an option outside of Hamilton, take the +375 odds on his teammate Valterri Bottas who has the second-most wins in Formula 1 this season.