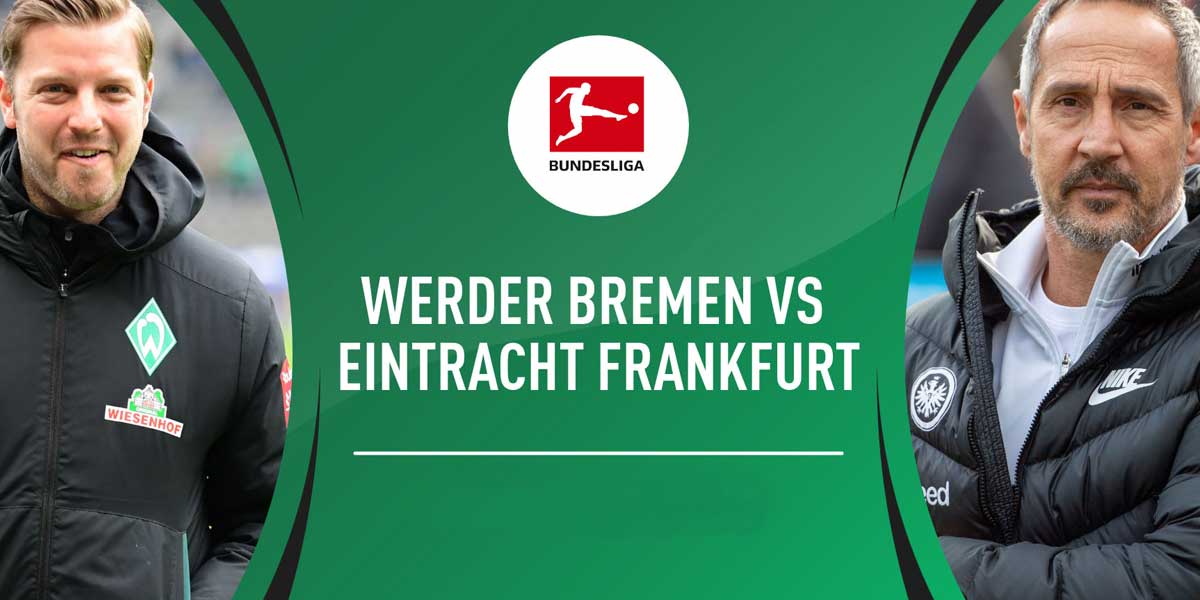 BREMEN, Germany – As the German Bundesliga is still getting back on their feet from the two-month coronavirus shutdown, Werder Bremen and Eintracht Frankfurt are set to face off.

The German Bundesliga paved the way for soccer’s return as they became the first major European league to return to action.

The league's return has not come without safety measures, however. There will be and have been no fans in attendance at any of the leagues remaining games of the season. There will also only be essential staff allowed at the games.

While both teams do not have impressive records, Eintracht Frankfurt does have the upper hand at online sportsbooks. They are favored to win with +145 odds while Werder Bremen is set at +190.

The two teams have faced off twice before in which the first outcome was decided by a 2-2 draw and the second saw Eintracht Frankfurt take the victory 2-0.

Having won one of the meetings definitely could be a reason that Eintracht Frankfurt is favored but could prove wrong.

In their last five games, Eintracht Frankfurt has gone an unimpressive 1-1-3 while Werder Bremen has managed to gain some traction having gone 2-2-1. Bettors looking to take advantage of Werder Bremen’s longshot situation could be happy with the payoff.

Looking at the team points Werder Bremen’s over/under is set at 1.5 with the under being favored at -145 and the over at +125. In their last five games they have only scored over 1.5 points once, so it would be safe for bettors to take the under.

As for Eintracht Frankfurt, their over/under for points is also at 1.5 with the under also favored but at -135 and the over at +115. For those risk-taking bettors, the over would not be a bad bet as in their last five games, they have scored over 1.5 points three times.

The over could be seen as a tricky bet to make but bettors should keep in mind that in one of their previous meeting’s they beat the over mark. Also, Eintracht Frankfurt has hit the over mark in their last six games.

Whether it is a two-team effort or not, betting the over on the point total would leave bettors smiling.

There are plenty of soccer prop bets to choose from during the matchup.

One prop bet, in particular, is if both teams will score. The odds are favored for both teams to score with -180 odds while the odds of only one team scoring are at +150.

In each of their last five games, both Werder Bremen and Eintracht Frankfurt have scored in four of their games. Bettors can expect both teams to have scored at least one goal.

Another prop that could entertain bettors could be which team is going to be the first to score.

Eintracht Frankfurt is favored to hit score first with -125 odds while Werder Bremen is at +100 odds to score first. There are also +1200 odds for their being no goals scored.

Again, bettors who are looking to take a risk here can do so while betting on Werder Bremen as they have scored the first goal in three of their last five games while Eintracht Frankfurt has only scored the initial goal once.

Whether betting the moneyline or jumping on some Bundesliga prop bets, be sure to lock in those bets before the 2:30 p.m. EST kickoff.