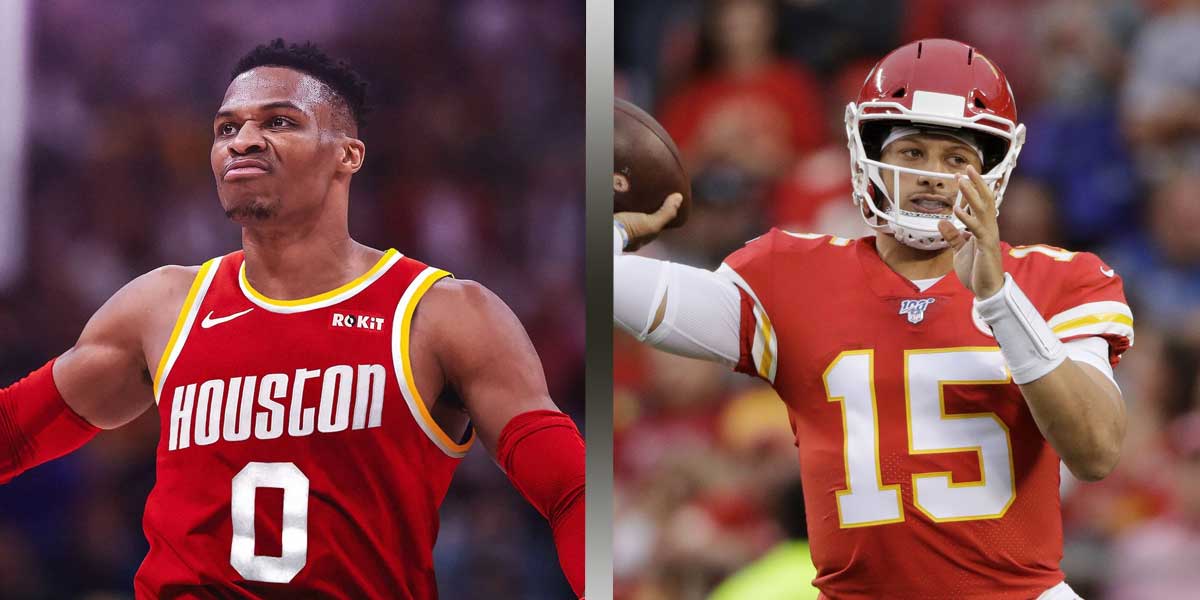 MIAMI – Super Bowl Sunday isn’t only about football, as many know, but sometimes it’s about football and other sports at the same time.

That’s right, of course, this is referring to cross-sport betting, home to some of the most entertaining thought exercises in the world of sports betting. The Super Bowl allows for so many interesting bets to be offered, and there are a couple that are truly fascinating, so without further ado…

Fans can’t see individual cross sports matchups as spectators, but they can bet on them. The basic premise of this bet is a simple proposition: Will Russell Westbrook’s points, assists, and rebounds added together result in a higher number than Patrick Mahomes’ pass attempts during the Super Bowl?

Westbrook has been on a tear recently, after seemingly coming to the (correct) realization that he cannot shoot three-pointers, and changing his gameplay in accordance with that fact. In his last five games, the point guard has shot only two three-pointers.

This change in playstyle has coincided with absolutely monstrous numbers from the explosive Westbrook. In Westbrook’s last five games, his numbers in these statistical categories are as follows:

In other words, in his last five games, his lowest total is 46 points+rebounds+assists, and his highest is 61. Those who regularly bet on the NBA may have noticed this impressive trend.

Mahomes’ passing attempts, meanwhile, have a little more variance. Over the course of the season, disallowing the game he left due to injury, they ranged from 25-50. In the playoffs, the numbers are roughly within that range as well – Mahomes has attempted 35 passes in both of his playoff games so far.

This bet appears to be all about how much the individual bettor trusts Westbrook’s reinvention of himself as a pure rim attacker, and the results it has brought so far. All of Westbrook’s last five games have total points/assists/rebounds over 35, but the question is how sustainable his performance is.

Westbrook is a -160 favorite in this bet, while Mahomes is +120 on Super Bowl betting sites.

This bet is pretty simple. As we all know, the commander-in-chief is a prolific tweeter, and sportsbooks have offered odds on whether or not the San Francisco 49ers will score more points than the amount of tweets sent from the President’s twitter account during the entirety of February 3rd, 2020.

The President is averaging around 11 or 12 tweets per day. With the impeachment trial ramping up in the senate, however, these numbers could go up.

The San Francisco 49ers are averaging 29.9 points per game. In their two playoff games, they have scored 27 and 37 points.

Mahomes vs. The Joker

The final bet to be discussed is whether or not Patrick Mahomes will pass for more touchdowns in the Super Bowl than Joker will win Oscars.

Joker is nominated for 11 Oscar awards. It has the most Oscar nominations of any movie, in categories ranging from Best Picture to Best Film Editing to Best Makeup and Hairstyling. After the bets on the 2020 Golden Globes were settled, Joker came home with two awards.