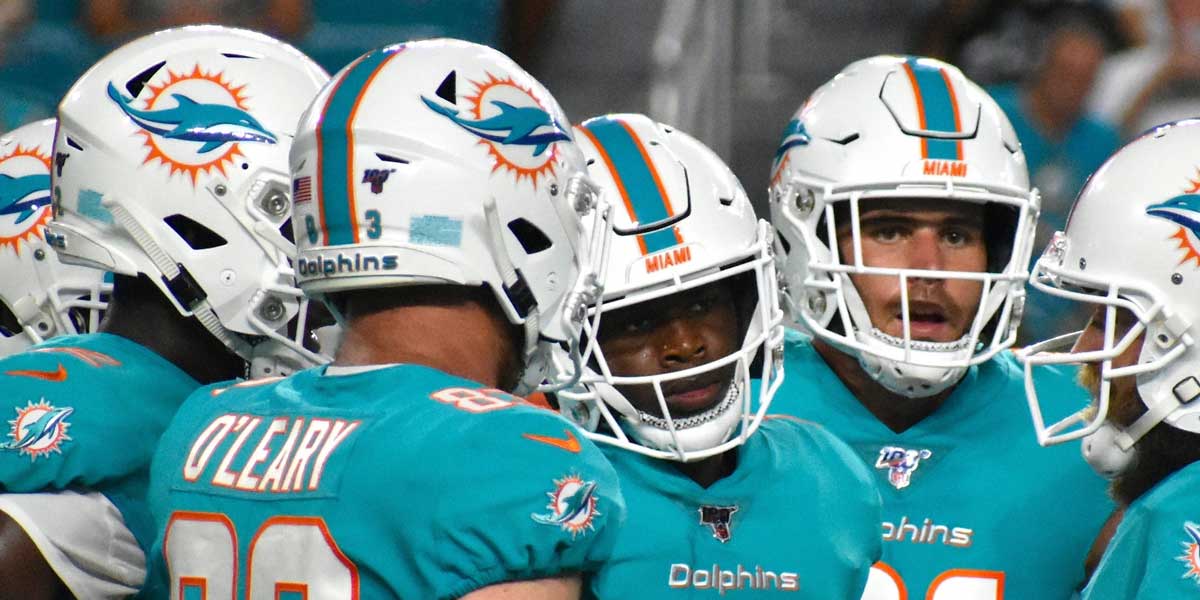 MIAMI – The Miami Dolphins have been one of the most active teams in the NFL on the trade market this season. This week was no different, as the Dolphins front office continued compiling NFL draft capital.

The Dolphins already have three first-round draft picks next season, thanks to the trades of current Pittsburgh Steelers safety Minkah Fitzpatrick and Houston Texans offensive lineman Laremy Tunsil. As the trade deadline finally puts an end to their season-long trade spree, the Miami Dolphins will now finish the season with a focus on building through the draft.

Moves In And Out Of Miami

Tuesday, the Miami Dolphins acquired Los Angeles Rams cornerback Aqib Talib and a fifth-round draft selection in exchange for a late-round draft pick. The Rams placed the former All-Pro cornerback on injured reserve earlier this season after he suffered fractured ribs, so it is unlikely that Talib will ever play a snap in a Dolphins uniform. This trade seems to be more of a salary dump for the Los Angeles Rams as they try to re-sign newly acquired cornerback Jalen Ramsey.

Before the Dolphins 27-14 Monday Night Football loss to the Pittsburgh Steelers, they traded their leading rusher running back Kenyan Drake to the Arizona Cardinals for a sixth-round pick that can possibly become a fifth-round pick in the future.

With this trade the Dolphins just wanted to get something for a player they knew wasn’t going to return to the team next season.

It won’t get any easier for the Dolphins, as they just placed one of their best defensive players, cornerback Xavien Howard on IR with a knee injury. Howard just signed a 5-year 76-million-dollar contract that made him the highest-paid cornerback in the NFL this offseason. The fourth-year corner recorded 17 tackles, one interception, and four passes defended for the Dolphins this season.

Moving forward, online US sportsbooks have the Dolphins 3-point underdogs on the road against the AFC East rival New York Jets in their quest for their first win of the season. Although the Jets have had a dismal season, they haven’t been as bad as the Dolphins. Which means the Dolphins are likely headed to an 0-8 record after this matchup.

Miami is one of two teams in the NFL to have not recorded a single win this season. As the team rebuilds under first-year head coach Brian Flores, the Dolphins front office has prioritized making trades to stockpile future draft picks all season long further signaling that the Dolphins are already preparing for the 2020 season.