Skip to content
USA Online Sportsbooks | Sports Betting | What Are The Odds Kyle Kuzma Is Traded Before The Deadline? 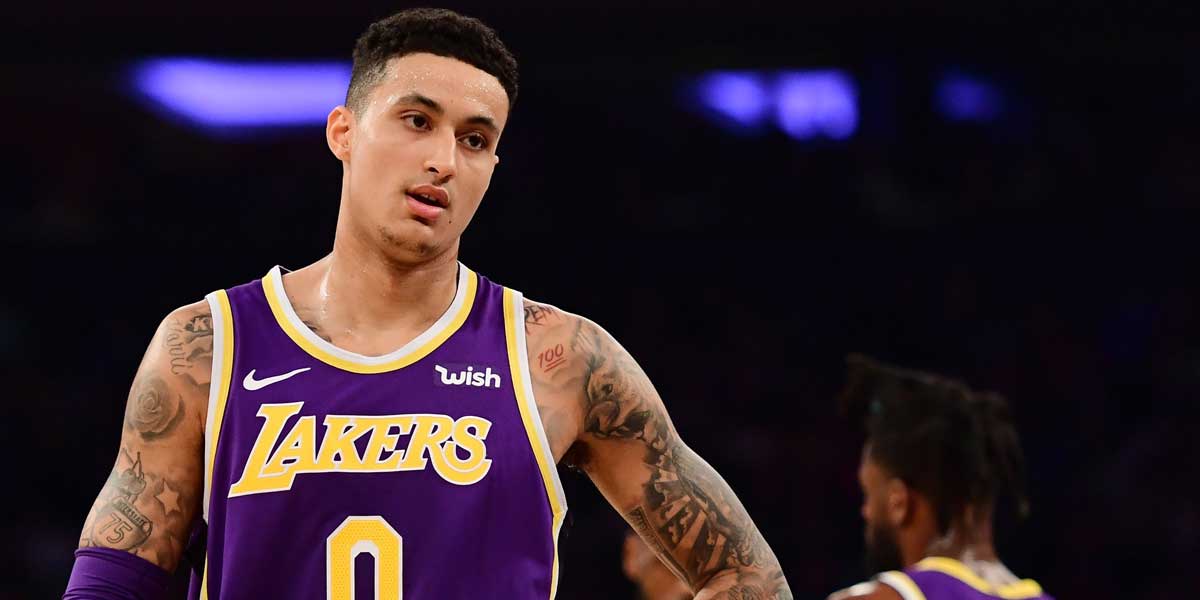 LOS ANGELES – The Los Angeles Lakers are every bit the typical Lebron James team. Contending for a championship, elite when he’s on the court, inexplicably bad when he sits, and constantly looking to improve at the margins by trading talent for fit.

Currently on the trade block, according to many reporters, is Kyle Kuzma. The young forward is significantly overperforming his rookie scale contract but does not appear to be a true star in any normal sense of the word.

Kuzma’s market has become so pronounced that some online sportsbooks are offering odds on whether or not the young forward stays in Los Angeles past the February 6th trade deadline.

Why Do The Lakers Want To Trade Kyle Kuzma?

The fundamental reason for trading Kyle Kuzma is that he’s not that good…yet. Kuzma is inconsistent, explosive at times, and shows all the signs of being a promising young talent. The Lakers, however, are a contending team right now.

With a 30-7 record, led by one of the best players to ever step foot on hardwood, the Lakers need to be focused on winning championships in the immediate future – this year, maybe next year.

The team is built around the 35-year-old Lebron James, and while James has demonstrated unprecedented durability, that number must hang in the heads of the Lakers' front office – James is old, and the Lakers championship window is only open so long as Lebron James can continue to be Lebron James.

The traditional formula for success around Lebron James is surrounding him with playmaking, shooting, and defense, which are all things Kuzma can do but are not things he does well. The idea behind trading him is that they could get someone more specialized as a playmaker and shooter, a perimeter player who can fill the role Kuzma does, but also be a better defender on smaller players.

In short, the Lakers would want to trade Kyle Kuzma because Kyle Kuzma is not a perfect fit on their team if they want to win the NBA Finals this season.

So, after reading all that, one might ask why Kuzma’s odds suggest he will stay in LA through the trade deadline when a trade makes so much sense in theory. The problems with trading Kuzma, at the moment, are mainly logistical:

Overall, there’s a reason the odds are set the way they are. The Lakers have correctly identified that Kuzma is not a perfect fit on their team and that they could, in theory, trade away future potential for current quality.

However, there are many logistical obstacles to doing so, and the oddsmakers evidently think that those obstacles are significant enough to prevent a deal. Bettors at USA online sportsbooks should take notice of each of these logistical factors.