Skip to content
USA Online Sportsbooks | Sports Betting | What Are The Odds That Saturday’s Games Affect The 2020 CFP? 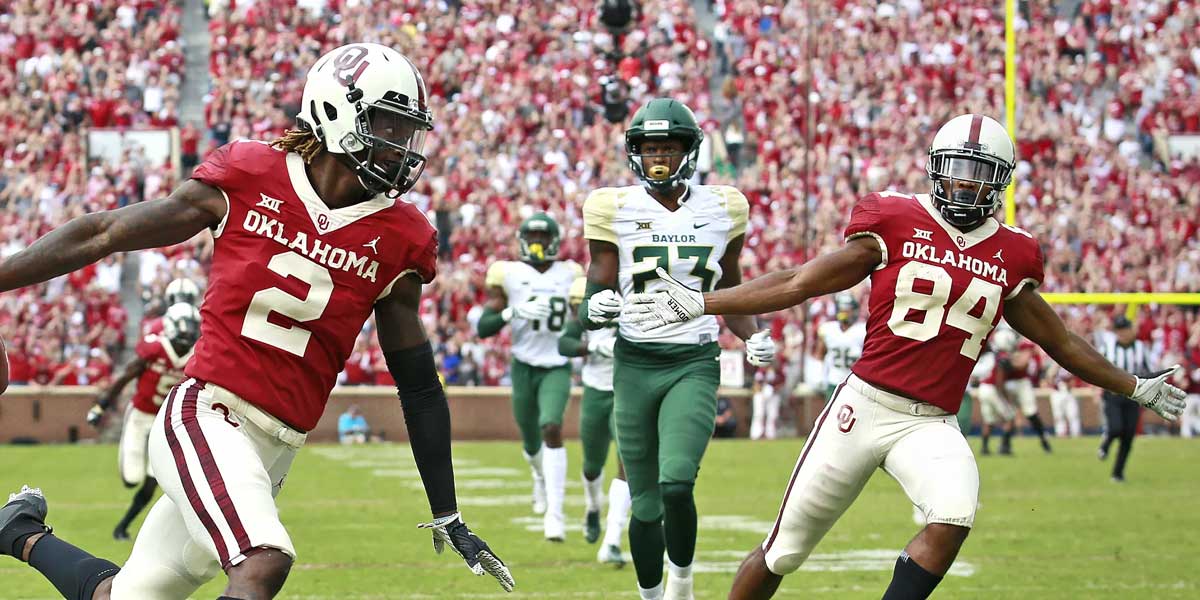 TALLAHASSEE, Fla. – With the 2019 college football season coming to a close, the importance of each game is heightened substantially. But, this Saturday is especially crucial for five teams who are playing for their shot to make the College Football Playoffs (CFP).

When it comes to the Oklahoma Sooners against the Baylor Bears, both teams are playing just for a shot at their conference being represented in the CFP.

The Bears are coming into the game on top of the conference at 9-0, while the Sooners only loss comes the hands of the Kansas State Wildcats earlier this season. Despite Baylor having a better record and playing at home, the Sooners are actually coming in as 10.5-point favorites per Bovada Sportsbook.

Bookmakers are clearly on the side of Oklahoma defeating Baylor and having a legitimate chance at the playoffs. But, recent betting trends sway to the side of Baylor. According to Covers.com, Oklahoma is actually 1-4 ATS through the team’s last 5 conference games.

Baylor, on the other hand, is 6-1 ATS when playing against a team with a winning record. If either team wants to make an impression on the college football committee, they will have to at least cover the spread.

Is The SEC Playoff Picture Affected By Auburn And Georgia?

Down in the Southeast, Auburn and Georgia will be playing in a pivotal SEC matchup. The Bulldogs were recently selected as the fourth-ranked team by the playoff committee earlier this week, and the odds are they will retain that top four sport after playing Auburn.

Bovada currently has Georgia at -150 odds to defeat Auburn. The Bulldogs have defeated Auburn outright the past two seasons, however, the game was played in Athens, Georgia both years. Saturday’s matchup will be in Auburn, Alabama.

According to Winsipedia, Auburn’s last three victories in this rivalry have all come at home.

However, even if Georgia loses, they will still be in a good position to reach the SEC championship because they play in the SEC East. An SEC championship victory would weigh significantly in the minds of the playoff committee judging by how many top ten teams are in the conference.

Is Minnesota A Legitimate Playoff Contender?

The Minnesota Golden Gophers are coming off their biggest win this season last week when they defeated the Penn State Nittany Lions. The Gophers are 9-0 to so far this season which is the best record they’ve had throughout a season since 1904.

College football experts are still weary on putting them in their top four and USA online sportsbooks are too. When it comes to whether or not the Gophers will make the playoffs, Bovada has them at +700 to do so and -1600 to miss the cut.

Minnesota has a chance to make another statement this week when they play 20th ranked Iowa Hawkeyes. The Gophers find themselves as 3-point underdogs traveling into Kinnick Stadium. Although, the Golden Gophers are 7-0 through their previous 7 Big 10 games.

If they want to change the mind of the CFP committee and those betting on college football, they will not only have to cover the spread but win convincingly.