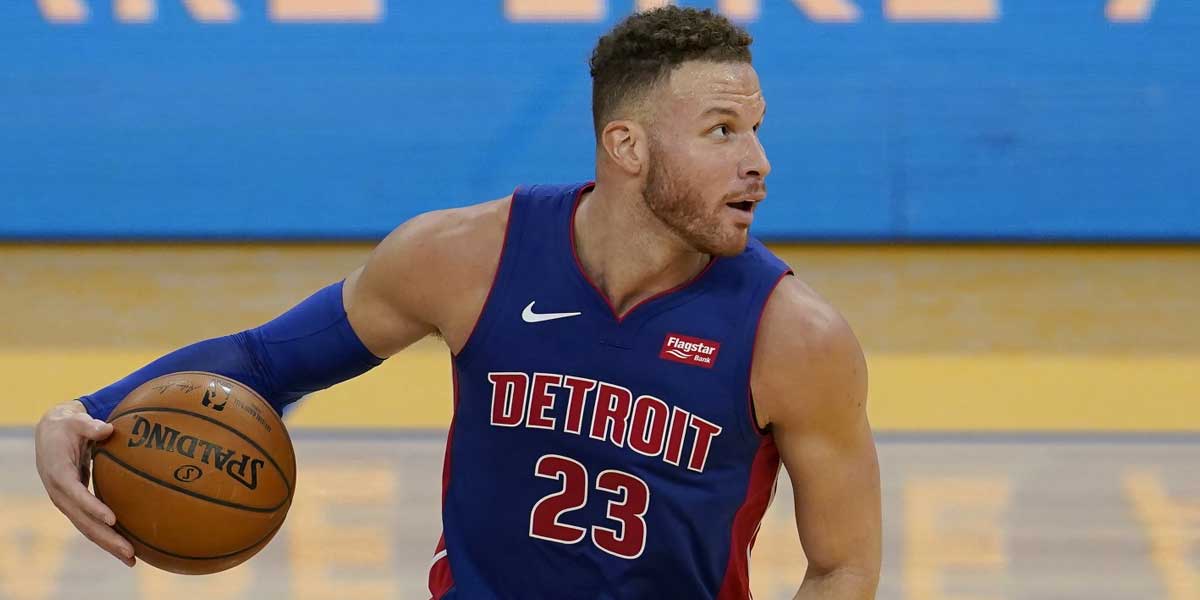 BROOKLYN, N.Y. - After being bought out of his contract by the Detroit Pistons, Blake Griffin has decided to take his talents to the Brooklyn Nets and join forces with Kyrie Irving, Kevin Durant, James Harden and his former teammate, DeAndre Jordan.

With Griffin joining an already stacked Brooklyn Nets team,
online sportsbooks have shifted the Nets odds to win the NBA Finals even more towards the favorites.

The Brooklyn Nets NBA Finals odds were sitting at +300 which were already considered to be amongst one of the top favorites, however, with the addition of Griffin, they have shifted even closer to +275.

There is no hiding that Blake Griffin has definitely taken a step back from being the explosive player that he once was as he is averaging just 13.3 ppg, 5.2 rpg and 3.9 apg. His rebounds and assists averages are actually up from last season, however, his points per game has shot down after he was averaging 24.5 ppg just two seasons ago.

Now with the Nets, Griffin could use this as an opportunity to light a spark under himself and try to bounce back in the second half of the season. He definitely has the talent around him to do so as well.

One thing to note here is that some might think that Griffin was not being used correctly for the Detroit Pistons as they forced him to expand his game more beyond the three-point line which he has struggled to do. Looking back at when he was a member of the Los Angeles Clippers, he dominated the inside game being that they had plenty of shooters on the team.

To put it plainly, the Nets have many shooters while the Detroit Pistons do not. Griffin could greatly affect the Nets team by potentially getting back to dominating his inside game.

With that said, NBA bettors could look to take advantage of the Brooklyn Nets odds to win the NBA Finals before they get any shorter as Griffin begins to play.