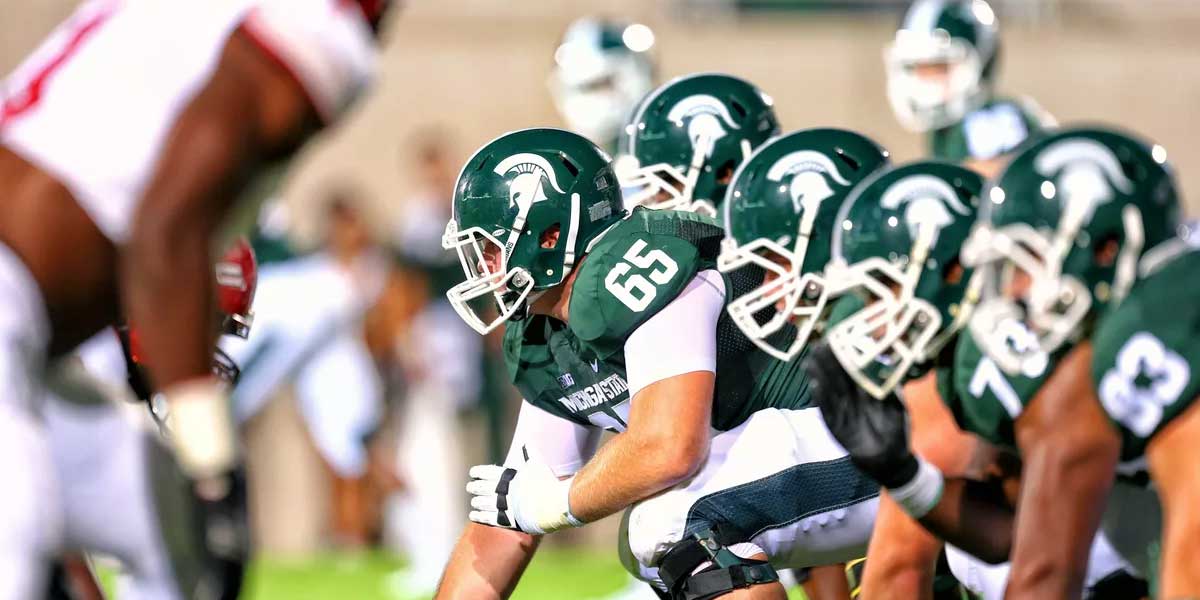 EAST LANSING, Mich. – If you had watched a tape of defensive highlights for the Spartans of no.18 ranked Michigan State last year, you would’ve thought they were serious contenders in college football. After watching tape of the Michigan State Spartans offense in 2018, you quickly understand why they went 7-6 last year. They performed so poorly that head coach, Mark Dantonio, promptly hired an entirely new offensive coaching staff.

A New Offense Against Tulsa

Now, they come into the regular season ready to prove just how improved the offense has gotten. Listed as 23.5-point favorites over the Tulsa Golden Hurricane, Michigan State looks to come out the gates running on offense led by fifth-year senior, Brad Lewerke. Being that the Spartans’ offense is predicated more on the pass, Lewerke will be asked to attack the Tulsa defense early and often.

It may not be the most fluid of offenses, but considering Michigan State’s 5-1 SU record against the last six AAC teams they’ve played, and just the overall difference in competition, Michigan State should win this game handily.

Although the Spartans should run away with a win this game, don’t expect them to cover the spread at US sportsbooks as well. Although Michigan State is easily the better of the two teams, last year Tulsa boasted one of the top pass defenses in all of college football. Couple that with the fact that Lewerke had a disappointing season in 2018, and the game starts to look a bit more competitive.

The game total is set at 47-points for the Spartans-Golden Hurricane game. The math here is simple as to which direction to wager. The Golden Hurricane will need to force Michigan State to run. Running isn’t the strong suit of the offense and also takes away from the play clock. A shorter game equals fewer opportunities to score the football. Tulsa knows this and realizes it might be their only chance at pulling an upset.

With that information in mind and realizing that the total has gone UNDER in 13 of the Golden Hurricane’s last 17 games, it's easy to see why going UNDER for this bout is the right move.