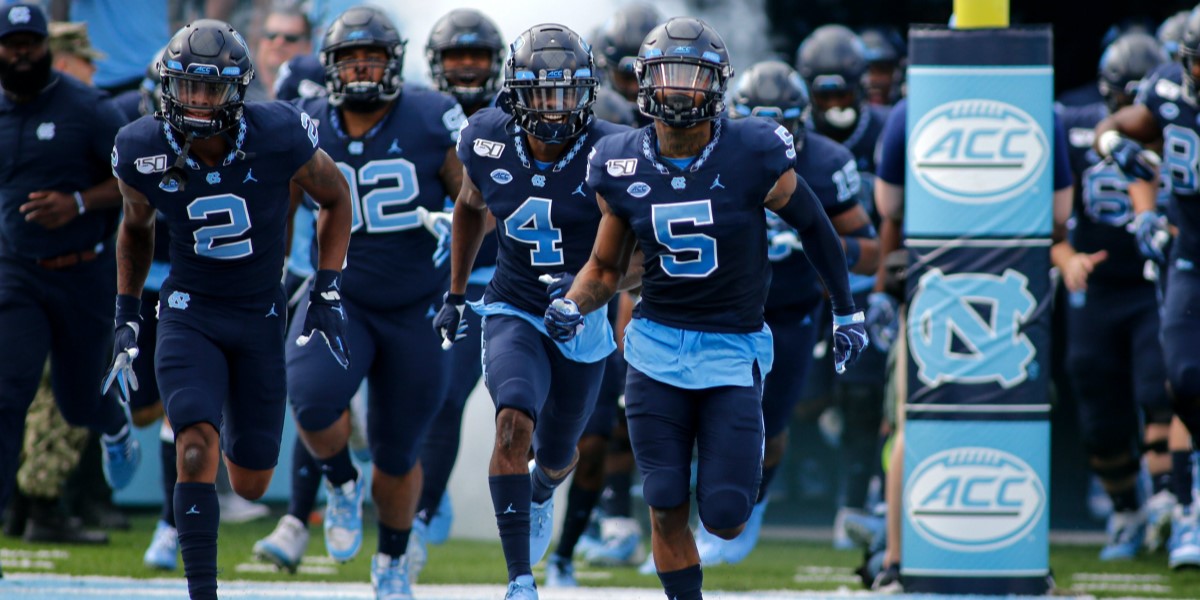 LAS VEGAS - There were a couple of major college football upsets during Saturday’s run of play.

In Tallahassee, the 5th ranked UNC Tar Heels fell to a resurgent Florida State Seminoles team, which was one of the biggest upsets of the evening.

Meanwhile, the 15th Auburn Tigers, who have previously lost this year but are still theoretically threatening, fell to the unranked South Carolina Gamecocks.

This column will break down both of these Carolina upsets from a college football betting perspective.

UNC was somehow ranked 5th in the nation coming into this game, which was evidently a mistake in itself.

They opened as eight-point favorites on the spread, but by the time betting was done, they were favored by up to 13.5 points.

Of course, they ended up losing the game by three, as Jordan Travis came into his own as a quarterback for the Seminoles.

However, UNC’s talent was clearly on display in the second half, and they could have actually won this game.

Their valiant comeback wasn’t enough, however, and they fell victim to one of the largest upsets that have happened this CFB season.

This upset is made all the more remarkable by two things.

How good everyone seemed to think UNC was. How bad everyone thought FSU was.

This wasn’t just a normal crazy upset. FSU has been nothing more than the butt of jokes this whole season, and really for the past couple years. They’ve squandered talented player after talented player, and suddenly, under coach Mike Norvell, they have a Top 5 win.

Now, one might argue that UNC shouldn’t have been a top-five team, and they wouldn’t necessarily be wrong. To their name, they had victories over Syracuse, Boston College, and Virginia Tech. Not exactly a top-five resume.

It felt like a lot of the line movement on this matchup hinged on the fact that FSU was bad, not that UNC was good.

When FSU was no longer bad (read: when they played Jordan Travis at QB), the line immediately became a mismatch.

Thus, one of the biggest upsets of the year was born - a nearly two-touchdown spread, won by the team on the bad end of it.

The second Carolina related upset involves the South Carolina Gamecocks, who battled against the Auburn Tigers, a team that has traditionally had their number.

Another way to put it would be: until yesterday, South Carolina had not beaten Auburn since 1933.

The odds pregame favored Auburn by around -150 depending on what online sportsbook was being used. The odds actually moved in favor of Auburn, from about -140 to -150.

Auburn, of course, lost by eight, falling to the Gamecocks 30-22.

The game wasn’t a massive upset on paper, but on DraftKings, 70% of the action was on Auburn to win the game straight up.

In addition, 60% of the bets were on Auburn as well.

Spread betting was similarly lopsided to Auburn - the spread moved around between Auburn -2.5 and -3.0. Before the game started, 65% of spread bets were on Auburn, and 77% of the money was on them as well.

This indicates that even the sharps were fooled - the share of money on Auburn outweighed their share of total bets.

Despite the faith of Vegas, big bettors and small bettors, the Tigers fell, marking the second of the big betting upsets of the day.

College Football season is rife with upsets, and it feels like this season might be more ripe for upset betting than normal ones due to the uncertainty surrounding it.