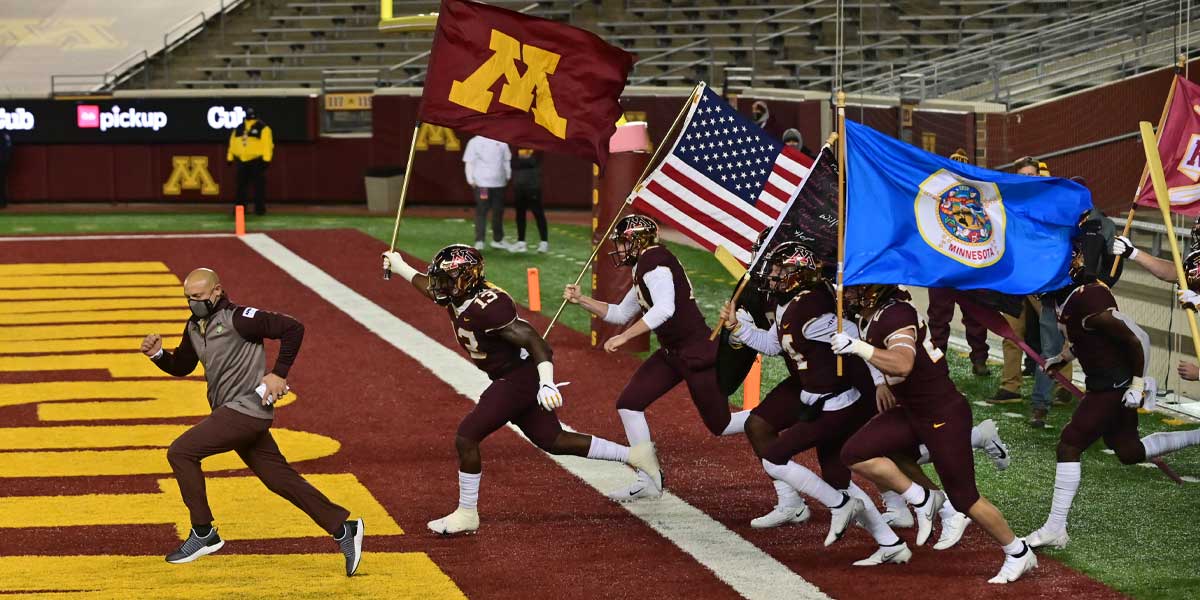 LAS VEGAS - As always, college football has proven to be unpredictable on a week to week basis, and that means that there were some massive upsets this week.

We’ll take a look at two of the biggest upsets that happened in the NCAA this week, according to the spreads.

Michigan entered this matchup as a huge favorite, sitting at -21.5 on the spread against their in-state rivals.

Michigan State outperformed Michigan on the day, en route to a victory by a score of 27-24.

Not only were they spread underdogs to an enormous degree, but they also won the game comfortably and were up 27-17 at one point.

This is one of the biggest upsets of the year - Michigan was regarded as a high-quality team, with potential championship aspirations should they manage to knock off Ohio State.

And yet, here they are, losing a game they’re favored to win by more than three touchdowns.

The major problem that Michigan was unable to overcome was WR Ricky White, who put up 196 yards and a touchdown.

White accounted for 60.7% of Michigan State’s receiving yards and was a matchup nightmare all over the field.

Michigan State pulled off the upset, and now Michigan needs to find themselves and reset - they have some talent, and they need to rally.

These upsets are tied together. Minnesota got dominated by Michigan last week, and it contributed heavily to why Michigan was so favored against Michigan State.

Minnesota entered this matchup favored by 20.5 points over Maryland at the online sportsbooks.

Minnesota ended up losing a close game with some questionable fourth-quarter playcalling.

The Terrapins won 45-44 and the Golden Gophers fell to 0-2. The upset was news, but it perhaps presaged the upset that Michigan suffered.

Michigan was highly regarded based on preseason expectations and a great performance against the Golden Gophers.

The Golden Gophers were highly regarded based on the idea that they wouldn’t need to beat teams like Michigan in order to be a good team.

Basically, both of these upsets were a crisis of preseason expectations, and teams that weren’t very good being used to justify why the teams that beat them were good.

Both Minnesota and Michigan got exposed here, and it cost college football bettors big on these wagers.