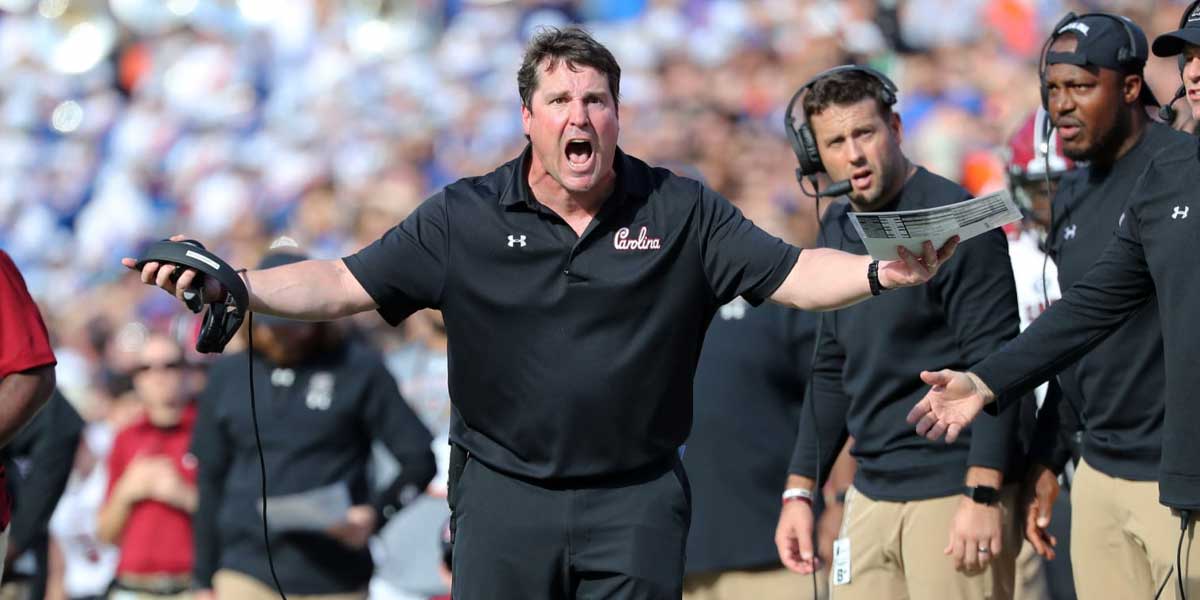 COLUMBIA, S.C. – With the college football season well underway, it is time to start looking at the teams that are not off to the start that they were hoping for and the future of them.

Online sportsbooks have odds on which college football coach will be the first to leave their position permanently.

Sitting at the top of the college football odds board is Will Muschamp from South Carolina.

The Gamecocks have not gotten off to the start that they were hoping for in their first three games of the season as they sit at a 1-2 record. Their past two seasons, as a matter of fact, have not been anything to write home about as they went a mediocre 7-5 in 2018 and 4-12 in 2019.

Also, their recruiting classes have not been great as they ranked 21 last year, 19 this year, and are way down at 45 next year. If Muschamp can’t turn things around this season, he could very well be on his way out.

In 2020, however, they have not been near where they thought they would be as they started off the season ranked in the top 15 and made their way all the way up to a top 10 ranking at eighth in the country and quickly fell out of the top-25 following losses to TCU and Oklahoma.

As long as Texas keeps on losing, Herman should be considered on the hot seat and could offer a nice payout if he is terminated.

Vanderbilt has had some major struggles over the last couple of years as they went 6-6 in 2018 and 3-9 in 2019 under Derek Mason. It also does not help that they are in arguably the toughest conference in football in the SEC.

This should be pushing them harder to get out of their slump. Vanderbilt and Mason have not been able to recruit well either as their 2019 recruiting class ranked 58, 2020 ranked 53 and in 2021 it ranks way out there at 64. Mason’s termination seems to be long overdue and could offer a great cash out if Vanderbilt finally decides to move on.

The Bruins have not been off to the start they were hoping for since hiring Chip Kelly as their head coach in 2018. In Kelly’s first year, they went 3-9 and in 2019 they went 4-8.

It seems as if Kelly and the Bruins are not working out how they had hoped which could lead to him being on his way out once the PAC-12 season starts.