Skip to content
USA Online Sportsbooks | Sports Betting | Which Heisman Favorite Is On The Rise Heading Into Week 2? 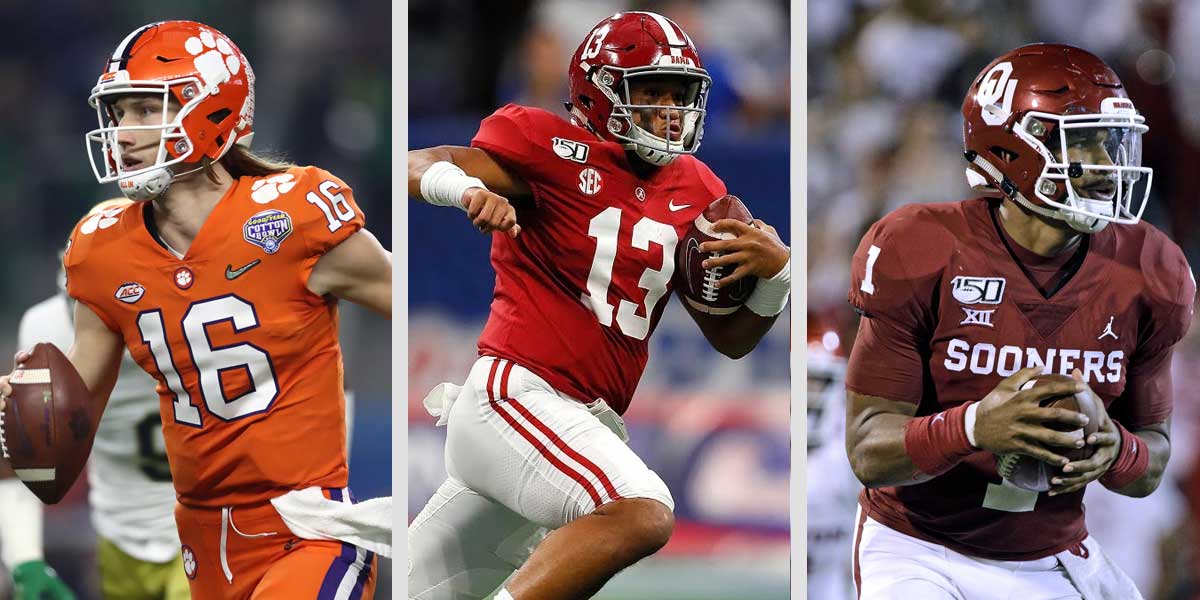 TALLAHASSEE, Fla. – This past Labor Day weekend was chock full of major college game-day openings. Football, of course, always being a little bonus for the holidays. Big names in the college world were on display and even bigger performances. The race for the Heisman has officially begun.

Entering the weekend, Jalen Hurts was scheduled to debut in his first game as an Oklahoma Sooner- and boy he didn’t disappoint. But, more on that later. Trevor Lawrence, fresh off an NCAA title, opened up the season against Georgia Tech Yellow Jackets. And struggled mightily. Tua Tagovailoa, who wrestled the starting quarterback job from Hurts, put on an aerial show versus the Duke Blue Devils.

Coming into Week 1 all three of these college players were looked at as top five contenders for the Heisman trophy. One player has started off the year blazing hot. One has only cemented his status as a contender. And one of the three has some serious catch up to do - despite his team still getting the win. Here are the Heisman odds for these quarterbacks prior to week one:

These are their respective Week 1 performances:

As you can see, this first outing for Lawrence did not go as planned despite a sizeable win. Georgia is as Georgia always will be as an SEC powerhouse, so no they are not Duke and Houston. But this is also a newly crowned NCAA championship quarterback. NFL scouts need to see young quarterbacks thrive in that sort of atmosphere. Lawrence simply didn’t pass the first test. He will need to turn it around quickly as Clemson face off against Texas A&M next week to face the #12 ranked Aggies. This season will allow us to know whose team is it? Trevor’s or Dabo Swinney’s.

Tua Tagovailoa’s performance was, well, “Tua-esque”. He took care of the football, slicing up the secondary of the Blue Devils and cruising to an easy win. Now, of course, his stat line is right where it needs to be, but 300+ passing yards and four touchdowns against Duke will only garner so much cred. Let us see what numbers Tua will put up next week against a New Mexico State team fresh of a week one loss. The Crimson Tide are already listed as 55-point favorites ahead of the game.

Of all the quarterbacks, though, Jalen Hurts did himself the biggest favor. In week one against Houston, Hurts rolled out 500 yards of total offense and six touchdowns - by himself. He was an absolute human highlight reel in week one and has made this years’ Heisman race much tougher. All eyes will be on him as the Sooners host South Dakota Coyotes, who are listed as 37-point underdogs.

Who Took The Biggest Heisman Hit?

This week would have to go to Trevor Lawrence. He seemed overwhelmed by the Georgia defense and could seriously use a coming out game against a ranked Texas A&M team next week. Before the Week 1 loss, Lawrence was sitting at +200 odds to win the Heisman. Those Heisman odds at US online sportsbooks have now increased to +250 after his poor outing.