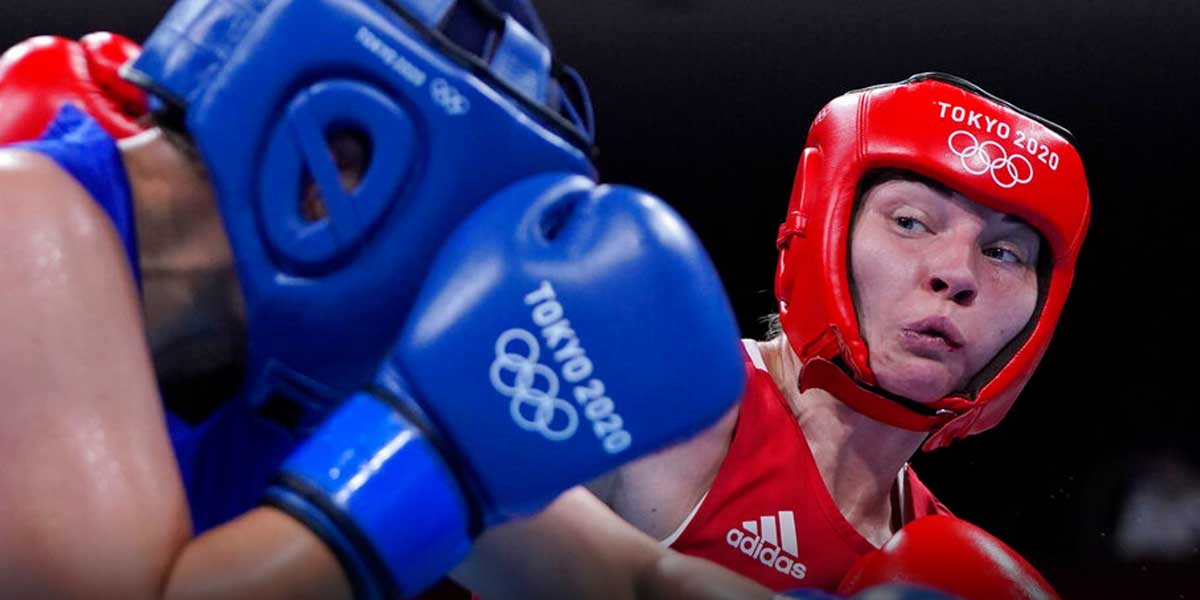 TOKYO – Women’s Olympic Boxing Team Great Britain has a rising star in middleweight boxer Lauren Price who is expected to bring home the gold medal for her country at the 2020 Summer Olympics in Tokyo.

The 27-year-old athlete has excelled in a number of sports but going to the Olympics has always been a dream of hers, no matter what competition she would ultimately be competing in.

The boxer was able to win her spot on Team Great Britain for Women’s Boxing after a victorious bout against Anastasiia Chernokolenko of the Ukraine at the European Qualifiers. Betting on the Olympics now allows fans to wager on the favored Welsh middleweight boxer from Caerphilly.

Going For The Gold

Lauren Price was raised by her grandparents after being left with them when she was just three days old. They decided to raise her as their own and she often attributes all her successes to their unrelenting support. Seeing her as an energetic, rambunctious child, they quickly put her into sports.

Soccer and boxing were two of her top pastimes, as she even played for the Welsh Premier Women’s Football League for a year in 2012. The agility and speed learned by Price on the soccer field have only helped her to put those skills into action in the boxing ring.

She began boxing at 17, giving her 10 years of experience in the sport but also ending her soccer career as it became her main focus.

She became the first Welsh female to medal in boxing, receiving a bronze in 2014 at the Commonwealth Games. Her second bronze came in 2016 at the Women’s European Amateur Boxing Championships. At the same event in 2018, she was the first Welsh woman in the history of the sport to win a gold medal after a fight against Caitlin Parker.

At the 2019 European Games, Price won her second gold medal. Her grandfather passed away in 2020 and Price would love nothing more than to win the Olympic gold in his honor.  Sportsbooks like BetOnline have her as the middleweight that will do just that with odds of +120 going into the ring.

Sports betting operators all have very similar odds set out for the final event. If Price wasn’t hungry enough to win, she surely has the eye of the Tiger or the eye of the Tigger (as Tigger is one of her nicknames) with the spirit of her grandfather pushing her to add an Olympic gold medal to her repertoire of medals.

The Women’s Boxing Middleweight quarterfinals for Tokyo 2020 will be happening Saturday and can be streamed via NBC outlets. Lauren Price will take on Panamanian boxer Atheyna Bylon, (ranked 9th as a middleweight boxer). However, now’s the time to lay down a wager price for Price to take the win in the final and win that Olympic gold for her grandad.