Skip to content
USA Online Sportsbooks | Sports Betting | Who Will Face The Nationals In The World Series, Astros Or Yankees? 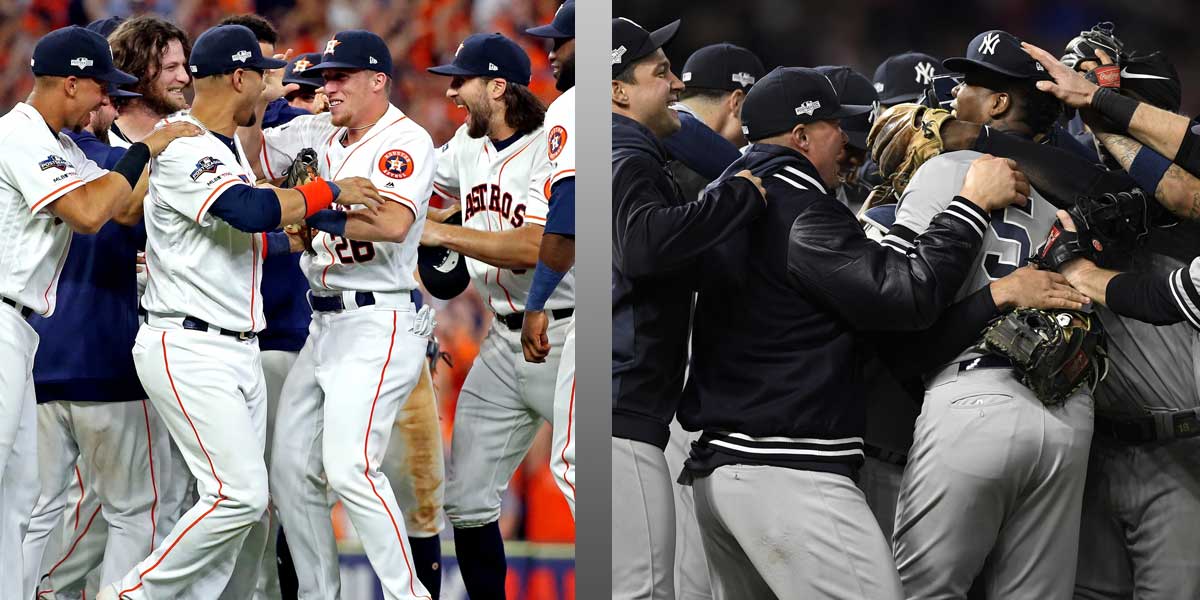 NEW YORK – The MLB season is coming to an end, as the World Series is only a few days away. On Tuesday, the Washington Nationals swept the St. Louis Cardinals in the NLCS to secure their position on baseball’s biggest stage.

As for the ALCS, the Houston Astros lead the New York Yankees 2-1 in the best of seven series. Game 4 was postponed from Wednesday to Thursday due to rainy conditions, but the teams will take the field tonight.

Masahiro Tanaka will be the starter for the home team Yankees while Zack Greinke will get the nod for the Astros. US sportsbooks have the Yankees (-135) as the favorite over the Astros (+124) but the run line is in favor of Houston. At +1.5 (-163) oddsmakers are projecting this game to be a close battle.

Despite these quality pitchers, the over/under for Game 4 of the ALCS is set at 9 runs. Since starting the postseason, the Yankees have played six games and all but the first two games (against the Minnesota Twins) resulted in a total under 9 runs. For the Astros, their eight games played in the postseason has seen only one game (against the Tampa Bay Rays) score 9 runs or more.

Broken down between the two teams, the Astros are projected at 3.5 runs, though the public money is taking the over for the away team. While this seems like a safe bet, the Astros are averaging 3.25 runs per game since the playoffs started and have failed to get four runs or more in all but three games.

The Yankees are slightly higher, projected at one run more, and the public seems to want to take the under. Bettors may want to fade the public in this situation, as the Yankees have scored more than 4.5 runs in four of their six postseason games. However, the two that failed to eclipse this mark were the most recent games against the Astros.

With a game as tightly contested as this one is projected to be, bettors may find solace in risking a wager on an alternate run line. For those who believe the Astros will win, taking Houston -1.5 (+190) will almost double a bettors’ money. Likewise, taking the Yankees -2 (+195) can give bettors a similar option.

Even if bettors are unsure who will win, they could consider taking both of these wagers in an arbitration bet. Assuming neither team wins by 1 run, and the Yankees don’t win by two runs for a push, bettors would be able to capitalize on nearly a full unit by playing the odds.

Still, both of these teams could be favored to beat the Nationals in the World Series, as Washington (+150) isn’t even the favorite to win it all, despite already having clinching their berth. The Astros (EVEN) lead the way, while the Yankees (+400) are providing bettors with an excellent opportunity to take a risk.

Game 4 of the ALCS begins at 8:08 p.m. EST in New York. Be sure to check out all of the betting lines on the MLB playoffs ranging from the run lines to player prop bets and futures.