Skip to content
USA Online Sportsbooks | Sports Betting | Who Will The Patriots Replace Rob Gronkowski With? 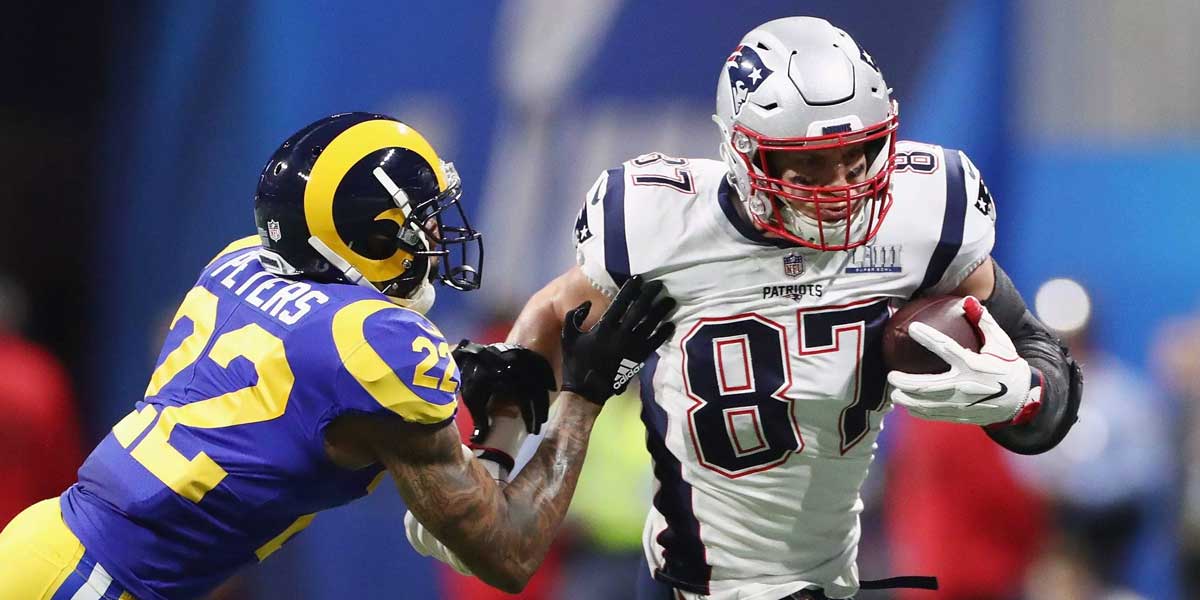 FOXBOROUGH, Mass. – Coach Bill Belichick has a lot on his mind these days, but the most pressing matter lies in finding a replacement for tight end Rob Gronkowski. The Gronk announced his retirement in March, after nine seasons with the New England Patriots. Finding a new tight end has been a slow process, as no one will be able to match Gronkowski’s abilities.

"Rob's ... I think my comments on Rob speak for themselves," Belichick said in an interview with NBC after Gronkowski’s announcement. "He's pretty special in every category."

He had more to say about Rob through a statement issued by the New England Patriots that was posted to their website.

“It was a pleasure and a privilege to coach Rob Gronkowski the past nine years. From his rookie year until his final season and through countless times in between, Rob was a major reason why we won games and championships. His elite combination of size, skill, intelligence, toughness and ability to perform in pressure situations set him apart.”

How Will Belichick Replace Gronkowski?

Rather than try to find another tight end that embodies everything the Patriots had for the last nine seasons; Belichick has decided to delegate responsibilities to other players. Running backs and receivers will have to line up in different formations to make up for the way that Gronkowski dominated both the in-line and the outside. Left tackle Jue Thuney will now be given the job as being a pass protector, covering for what Rob did for the team.

The Gronk was a big guy standing tall at 6’6". Bigger fullbacks and wideouts will be needed on the field to make up for blocking and the general physical roughness Gronkowski provided. All of these factors and so many other things are what’s weighing heavily on Belichick’s mind. Rob Gronkowski was so much more than a tight end. He was a utility player. His skill and leadership on the field will be unmatched by any tight end that will take his place.

The New England Patriots now have Michael Roberts of the Detroit Lions to add to their group of tight ends. As of right now, they also have Benjamin Watson, Andrew Beck, Stephen Anderson, Matt LaCosse, and Ryan Izzo all listed as possible starters for the position. USAOnlineSportsbooks.com feels that no matter who Belichick ends up going with, the void of Rob Gronkowski will definitely be felt by the team this season. Sportsbooks, however, still believe the Patriots will come out on top, giving the New England Patriots 6-1 odds to win the 2020 Super Bowl.