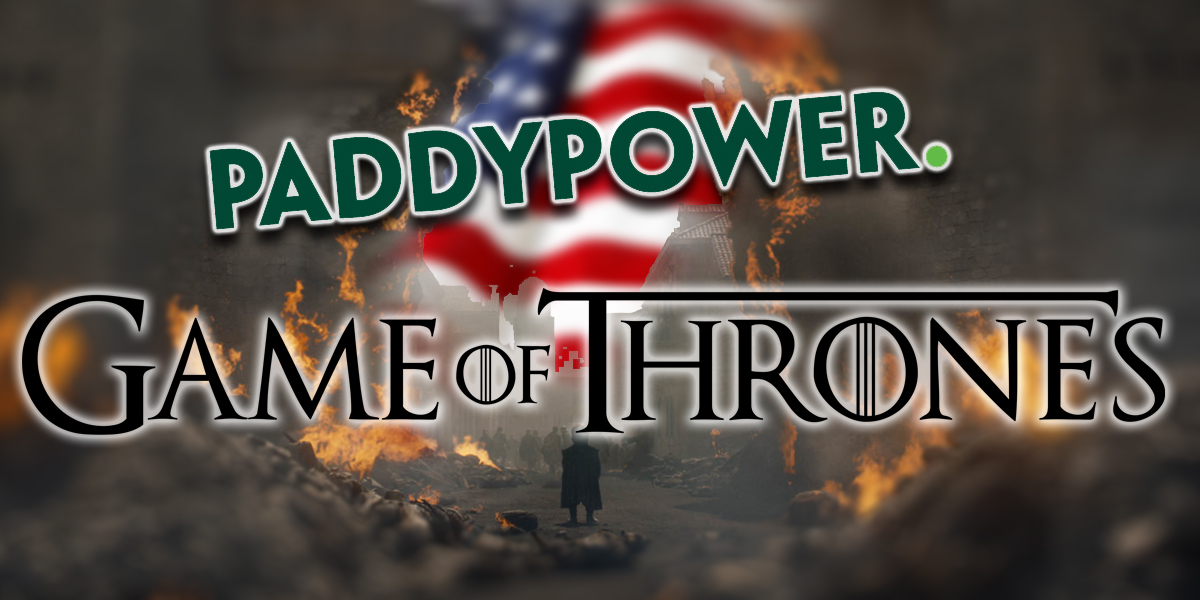 TALLAHASSEE, Fla. – Game of Thrones undoubtedly captured the hearts of fans from around the world. It also gained the attention of overseas bookmakers who saw an opportunity to offer odds on the final season. But, due to the way their lines shifted, US sportsbooks may continue to be wary.

Before the season began Bran Stark was favored to rule Westeros at 10-11 odds by Paddy Power in the U.K.  The next closest candidate to do so was Jon Snow at 3-1 betting odds.

Having Bran Stark as such a heavy favorite confused many fans of the show. Bran often referred to himself as the “Three-Eyed Raven” and often gave the impression that he was no longer fully human. This theme continued throughout all of season 8.

However, as the final episode approached last week, Bran Starks odds only grew in favor of him winning the bet. They grew so much so that some offshore betting sites, such as BoyleSports, suspended wagers on this particular bet.

According to the New York Times, In a matter of just two weeks, odds for Bran at BoyleSports went from 2-1 to 1-4. That’s a jump from a 33% probability of winning to an 80% chance of winning.

Sportsbooks shift their odds depending on betting patterns. Leading up to the finale most money was put on Bran Stark to win and this could have had to do with insider information about the show.

Paddy Power followed suit and stopped taking in bets for the same reason. The offshore sportsbooks were inevitably right, as the show ended with Bran Stark ruling Westeros.

The results of the bet may further prove why US bookmakers have never offered entertainment odds the way that offshore books do.

“The risk of a breach in the integrity of betting is too high for regulators to feel comfortable with that,” said Jennifer Roberts, associate director of the International Center for Gaming Regulation at the University of Nevada, Las Vegas.

Ed Wong, an official with the Mississippi Gaming Commission also expanded as to why sportsbooks in his state were not allowed to offer odds on Game of Thrones.

“On top of that, because it’s a scripted event and there’s no telling how many people know the outcome, it creates the possibility of unfair wagering.”

Game of thrones executives revealed in 2017 that they had a strategy in place to avoid this predicament.

“I know in ‘Game of Thrones’, the ending, they’re going to shoot multiple versions so that nobody really knows what happens,” said Casey Bloys, HBO’s president of programming.

However, episodes are usually sent to TV providers that broadcast them in advance so that they can review them before they put them on the air. DirectTV was even caught premiering the first episode to some of its customers an hour before the program’s scheduled air time.

Others on Reddit also spoiled that Daenerys Targaryen would kill Lord Varys and that Arya Stark would kill the Night King.

The actors and everyone else on the set are supposed to sign contracts ensuring that they do not leak information about the results of the show. Although, that can’t stop them from betting on the show themselves.

USAOnlineSportsbooks.com knows the suspicious activity that surrounded betting odds for Bran Stark seems to only further prove the point of US bookmakers.

As more states across the US look to legalize sportsbooks their stance may change, but for now, it seems as though only offshore betting sites are willing to risk having entertainment odds.