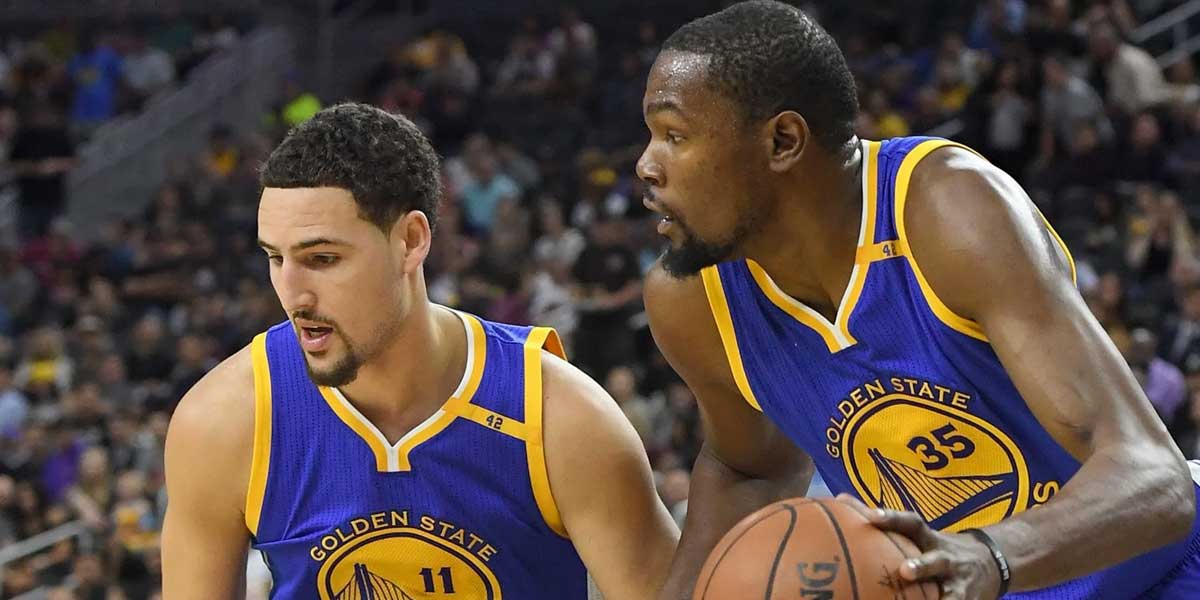 OAKLAND, Calif. – The Warriors stole homecourt advantage from the Raptors on Sunday, as the NBA Finals return to Oakland.

This will be the first home game for the Warriors in the last five games, whose fans have yet to praise their team for the Western Conference Finals victory.

The Dubs will be short-handed again for Game 3, as the injury report list grew adding Kevon Looney and a likely-to-play-but-not-100% Klay Thompson below Kevin Durant’s name. Both Durant and Looney are reported as out for the game but there is no doubt the Warriors will win the series (-255), with or without Kevin Durant and Klay Thompson.

The Warriors have been proving their capabilities in the form of Draymond Green and Steph Curry. Obviously, the addition of Kevin Durant is a luxury for the injury-stricken team; however, the champions are capable of taking care of business now that they have the advantage.

In playoffs games at home this year, Steph is averaging 5 made 3-pointers a game, shooting 43% in the process. Add in his 96% free throw percentage (only having missed 2 at home all playoffs) and he is completely locked in.

There is no doubt he has struggled in recent games, but the past four road games have seen Draymond Green be the one to lead the team.

Throughout the playoffs, Green has accumulated 5 triple-doubles and was just shy of a few more having reached 9 assists and/or 9 rebounds twice. Green also had four games where he was one possession away from scoring double-digit points.

Since the year before the Warriors won their first championship (2016), games that Steph Curry played without Klay Thomson has resulted in a 9-4 record for the Warriors with an average victory of just under 10 points per game.

If any of these statistics don’t make you believe the Warriors will three-peat as NBA Champions, a reflection of Kyle Lowry might do the job.

Despite scoring 30 and 25 points against Milwaukee in the Eastern Conference Finals, Lowry has scored 25+ points in only 11 of his 84 playoff games. As two of those came this year, only one of those instances came in the two seasons prior.

Lowry has bumped his points per game up to 17 since the Bucks series started; however, in games of the road, Lowry averages 14 a game. After losses in this NBA playoffs, he is averaging 13 per game.

USA Online Sportsbooks suspects now that the Warriors have homecourt advantage, the only opportunity for the Raptors to get it done rests in the hands of Kyle Lowry. Would you put your money and trust in him?

The Warriors (-4.5) are favorited in Game 3, which tips off Wednesday in Oakland at 9 PM EST on ABC.