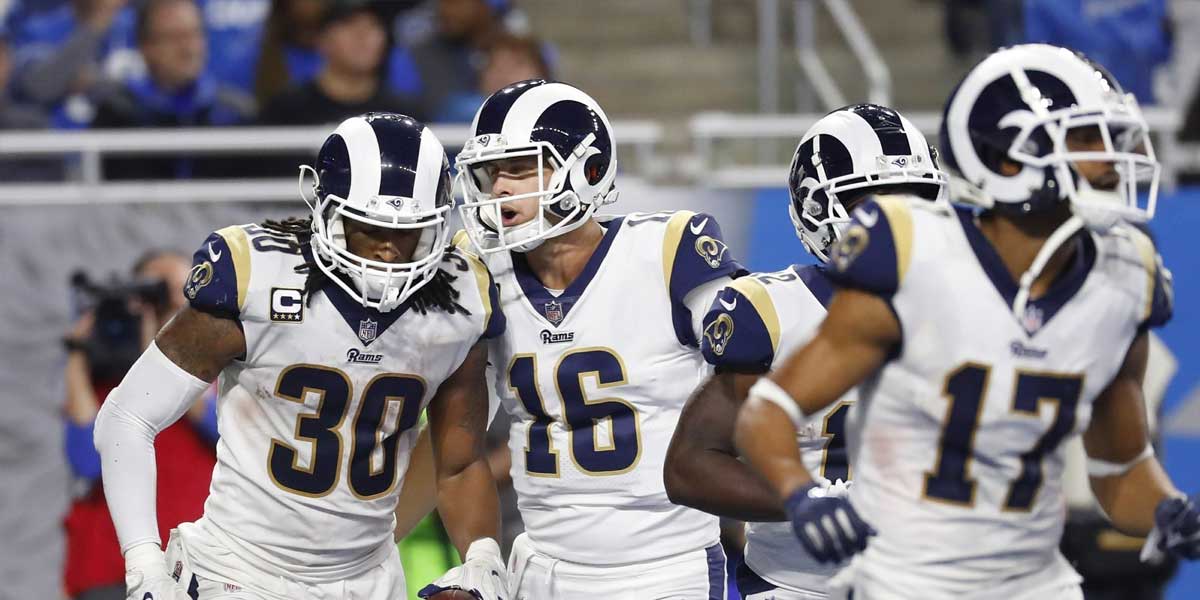 Los Angeles, Calif. – The LA Rams made it all the way to the Super Bowl last year, thanks to a no-call pass interference in the closing minutes of the NFC Championship.

However, last season is over and individual and team workouts have just begun. Many expect the Rams under head coach Sean McVay to be just as explosive on the offensive end, but their defense might be a larger concern than anticipated.

Last season, the Rams allowed nearly 359 yards per game to opposing offenses including the 10th worse rush defense (by yardage). They were right in the middle of the pack for many categories but their worse accolade of last season was allowing 6 yards per play – tied for 5th worst among all 32 NFL teams.

Their offense makes up for their mediocre play on defense, as the Rams have finished the last two seasons finishing with the 2nd (2019) and 1st (2018) points scored on the season.

Nevertheless, USAOnlineSportsbooks.com notes that most of this scoring was a direct result of the defense paying all of their attention to running back Todd Gurley. Gurley though comes into the 2019 season with a lingering knee injury that was recently reported by his trainer to suggest he is also facing arthritis in that area.

With this injury afoot and the difficulty of winning the NFC Championship in back-to-back years, the focus should turn to other teams to take the title this year.

Point of information: Besides the Seattle Seahawks winning the NFC in two straight years (2013 and 2014), the last team to accomplish this feat was the Green Bay Packers (1996 and 1997).

Odds To Win The NFC Championship

*odds were taken from SportsBetting and (Bovada)

3 Teams With Better Chances (And Odds) To Win The NFC

The Eagles come in as co-favorites with the Cowboys to win the NFC East (+130). The Eagles are no stranger to the big stage and with a healthy Carson Wentz, don’t be surprised to see them having a first-round bye in the NFL Playoffs. Regardless, a playoff spot is a near-guarantee and coach Doug Pederson’s 4-1 record in the postseason should give bettors a boost of confidence.

The Vikings actually come in as the third favorite to win the NFC North (+225) but many are overlooking their talent. The team has yet to see a full season out of Dalvin Cook and Kirk Cousins (whether you believe it or not) has statistically proven to be one the most efficient passers in the game. On the defensive end, the Vikings allowed the fourth-fewest yards per game last year and posted the best 3rd-down stoppage percentage.

The Seahawks may not be a team you think can go the distance but they, in Pete Carroll’s nine seasons, have finished 1st (4 times), 2nd (4 times), and 3rd (1 time) in their division every year. In that same span, they have made the playoffs seven times, winning at least one game in the postseason in six of those instances. If that doesn’t do it for you, take into account that the Seahawks finished with the most rushing yards in the league last year (2,560), despite a 7th round draft pick (Chris Carson) being the go-to guy.