Skip to content
USA Online Sportsbooks | Sports Betting | Will An LSU Player Repeat As A Heisman Winner In 2020? 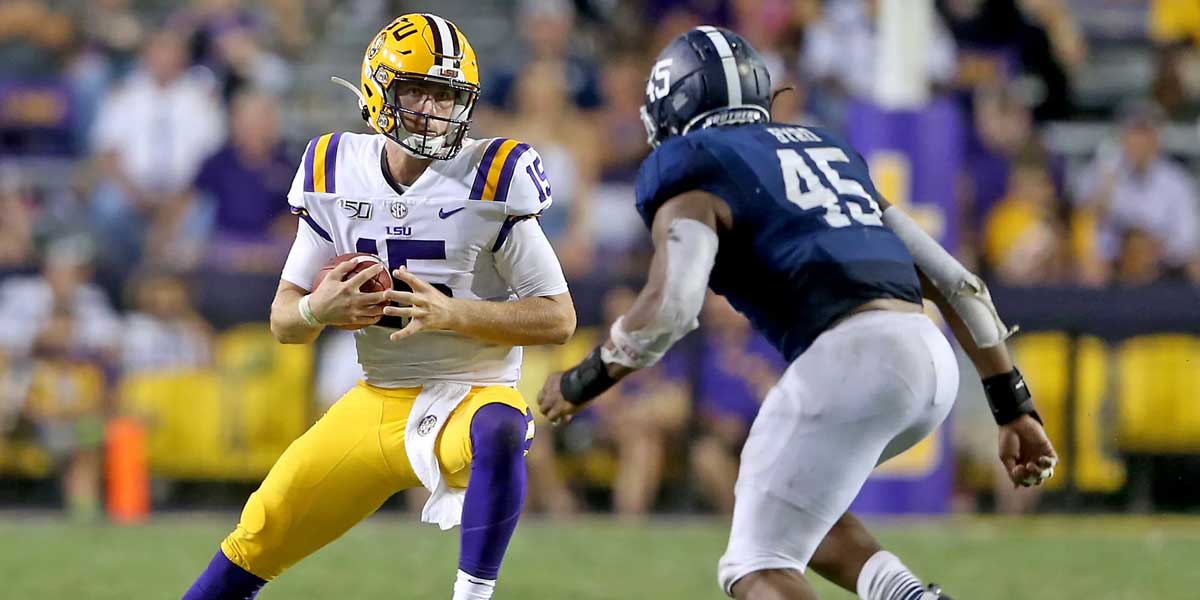 BATON ROUGE, La. — With Joe Burrow projected to go at the number one pick in the NFL Draft to the Cincinnati Bengals, Myles Brennan is looking to add another Heisman Trophy winner to LSU’s repertoire. Currently, he is not far out from the leaders on the odds board.

There are three other players on the Heisman list that could impact the odds. Ja’Marr Chase and Derek Stingley Jr. are all capable of making a run at the trophy as well.

While it will be a difficult task to repeat the same performance as Joe Burrow in 2019, oddsmakers at U.S. sportsbooks aren’t writing it off.

Myles Brennan To Win The Heisman

After being in Joe Burrow’s shadow for two years, the hype finally turns to Brennan as he steps in as LSU’s starting quarterback position. Brennan is no stranger to hype at all, as he came out of high school as a 4-star recruit.

He was a monster of a high school quarterback compiling 15,027 yards, 165 touchdowns and a 131.2 quarterback rating.

Being that he was the second string behind LSU quarterbacks for two seasons, he was able to undergo all the same quarterback workouts as Burrow and was able to learn from him. Brennan is poised to have a good season as he still has the top receiver in college football in Ja’Marr Chase.

Betting sites also have Stingley as the only defensive back on the Heisman odds list. He is by far the most impactful freshman that LSU has ever had. He was number two in the nation with 21 passes defended, fifth in the nation with six interceptions and had 31 solo tackles - all as a freshman.

He won a ton of awards during his freshman campaign including the SEC Newcomer of The Year, first-team All-American honors, and was a Consensus All-American, just to name a few. There is no question as to why he is the only defensive player on this list.

Stingley’s odds at the Heisman are sitting at +2500.

Chase is undoubtedly the top receiver at LSU and in the nation. His sophomore campaign was eye-opening as he went for 1,780 yards, 20 touchdowns and averaged 21.2 yards per reception. He led the country in each of these categories, as he assisted in Burrow bringing home the Heisman.

It is no surprise that he lives for big moments. In the National Championship win against Clemson, Chase had nine receptions for 221 yards and two touchdowns. With a stat line like that, he is a darkhorse Heisman Trophy winner.

Chase also won the Biletnikoff Award this past year as well and is listed as the top receiver on the odds list at +2500.

Whether any of these three LSU stars bring home the Heisman Trophy remains to be unseen; however, if any team can produce a longshot Heisman winner, it may be the LSU Tigers... again.