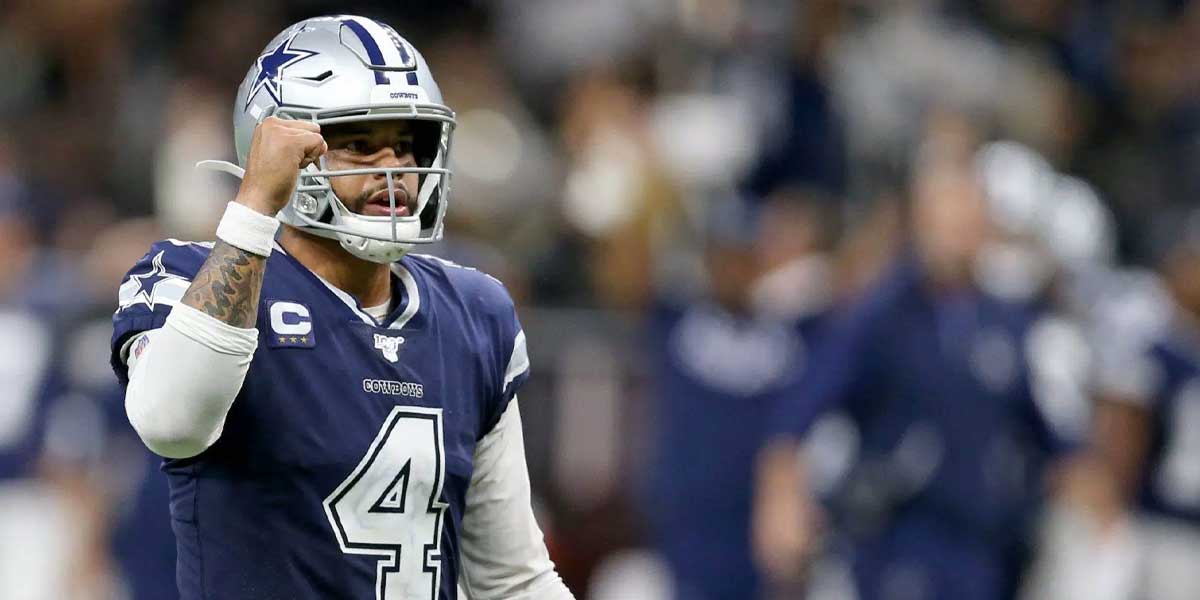 DALLAS — The Dallas Cowboys and quarterback Dak Prescott watched the NFL’s July 15 extension deadline come and go without agreeing to a long-term deal. The two sides will likely be doing this contract dance again next year but the Cowboys won’t be hesitant to slap the franchise tag on Dak again.

Prescott is coming off one of the best seasons of his career where he finished second in the NFL in passing yards (4,902) and set a career-high for touchdowns (30). As the starting quarterback for the Cowboys Prescott has a 40-24 record and has led the team to two playoff berths in four years.

Dak has proven that he is one of the better starting quarterbacks in the NFL since being drafted and he certainly deserves to be paid like one especially since his rookie deal has expired. Unlike Carson Wentz and Jared Goff who were in the same 2016 draft class, Prescott’s newest deal won’t be an extension which raises the stakes more since the team doesn’t have contract leverage over Dak besides the franchise tag.

Whether it be by way of the Dallas Cowboys signing Dak long-term or a different team, the bottom line is Prescott will be among the highest-paid players in the NFL in the coming years.

Although the 2020 NFL season is still up in the air because of the COVID-19 pandemic. BetOnline has already posted odds on potential suitors for Prescott with the Indianapolis Colts having the shortest odds to sing the former Mississippi State product.

It makes sense that the Colts would be frontrunners to sign Prescott, after the 2020 season the team's one-year rental of Phillip Rivers will leave the team with no long-term answer at the position. Signing Dak could fill that void while keeping the team competitive in a weak AFC South.

The Colts have the shortest odds on the odds board but the Chicago Bears might be the team that has the best chance of actually signing Dak.

The Chicago Bears are looking to put behind them the failed Mitchell Trubisky experiment while also trying to keep the team competitive while doing so. The Bears defense is still one of the top units in the NFL and Matt Nagy would love to have a quarterback like Dak running his system.

Going into the 2021 offseason the Bears will be free of any contractual obligations to Trubisky as they’ve already declined his 5th year option which is rare for any No. 2 overall pick. While Nick Foles might still be under contract there’s no way the Bears would allow him to start over Prescott.

The Bears have already invested heavily in their defense and really are just a quarterback away from being legitimate contenders. After this season, expect the Bears to be one of the major players in the quarterback market whether via free agency, trade, or the NFL Draft.

For those bettors looking to bet on Prescott staying with the Cowboys, sportsbooks also has you covered.

It’s more likely that the Cowboys cave to Prescott’s contract demands as they’ll certainly end up paying him top dollar by playing the franchise tag game. Furthermore, the last two Cowboys players to end up on the franchise tag signed long term deals with the team down the road.

Demarcus Lawrence played on the franchise tag for two years before receiving a contract that made him one of the highest-paid edge rushers in the NFL. Before Lawrence, it was Cowboys wide receiver Dez Bryant who received the franchise tag before his long-term deal with the team.

Right now, there’s no clear answer on what the future holds for the 2021 NFL season and for the Cowboys-Prescott relationship.

However, taking the +150 odds that he stays with the Cowboys especially if new coach Mike McCarthy can help Prescott elevate his game even more is worth the risk.