Skip to content
USA Online Sportsbooks | Sports Betting | Will He Stay Or Will He Go? Tua Tagovailoa Announces Jan. 6 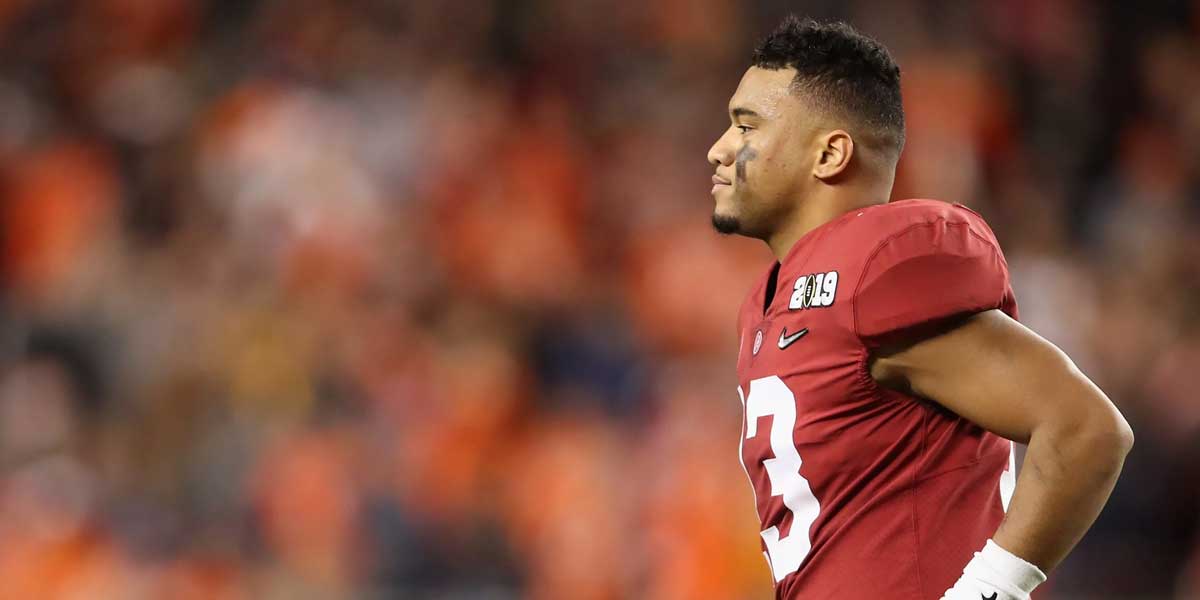 TUSCALOOSA, Ala. – Alabama Crimson Tide quarterback Tua Tagovailoa will announce on January 6 whether he will stay with the team or enter the 2020 NFL Draft.

The Crimson Tide’s star player suffered a season-ending injury in November when he dislocated his hip as well as sustaining a broken nose, posterior wall fracture, and a concussion. Since then, he has gone through extensive rehab after hip surgery and still remains one of the top prospects in the Draft should he enter.

Even after being injured, sportsbooks still favored him as an early draft pick. He was set to be drafted higher than the 19th round with odds of -140. Another wager had odds of over two quarterbacks being drafted ahead of Tagovailoa with odds of -120.

They also have him slated to be a 2020 draft pick rather than a 2021 draft pick. Tagovailoa is currently a junior at Alabama.

Will He Enter The Draft?

According to sportsbooks, the quarterback out of Alabama will enter the draft rather than play out his senior year at the school. With as many injuries as the junior sustained in this last season, it is better that he gets into the NFL now rather than risk further injuries at the collegiate level. Prior to his injuries, the quarterback was seen as a first-round draft pick.

Alabama head coach Nick Saban has stated that he is unaware of what Tagovailoa’s next move will be.

"That's a decision that I think his family needs to make," said Saban. "And I'm sure when they make that decision, they'll let everybody know. I think it's our responsibility and our job to make sure that we give them all the information from an NFL standpoint, from a medical standpoint, from a rehab standpoint. And if there is any way that he could possibly be devalued because of his injury, what are the consequences of that and how does that affect his decision and what he does in the future? But he's been a great leader for us. He's a great player on our team. He was elected captain of the team by his teammates. And we just want what's best for him.”

It's clear that Saban just wants what’s best for his player. Tua Tagovailoa tweeted on January 1 that he would announce his decision to both his school and the public on January 6.

I’ll be making my decision on the 6th.. God bless and Roll Tide

The last day for players to throw their name into the ring for the 2020 NFL Draft in April is January 17. If sportsbooks for USA players are any indication, Tagovailoa will be entering the draft and leaving Alabama. It is predicted that should he do so, the Miami Dolphins are interested in signing the young player.