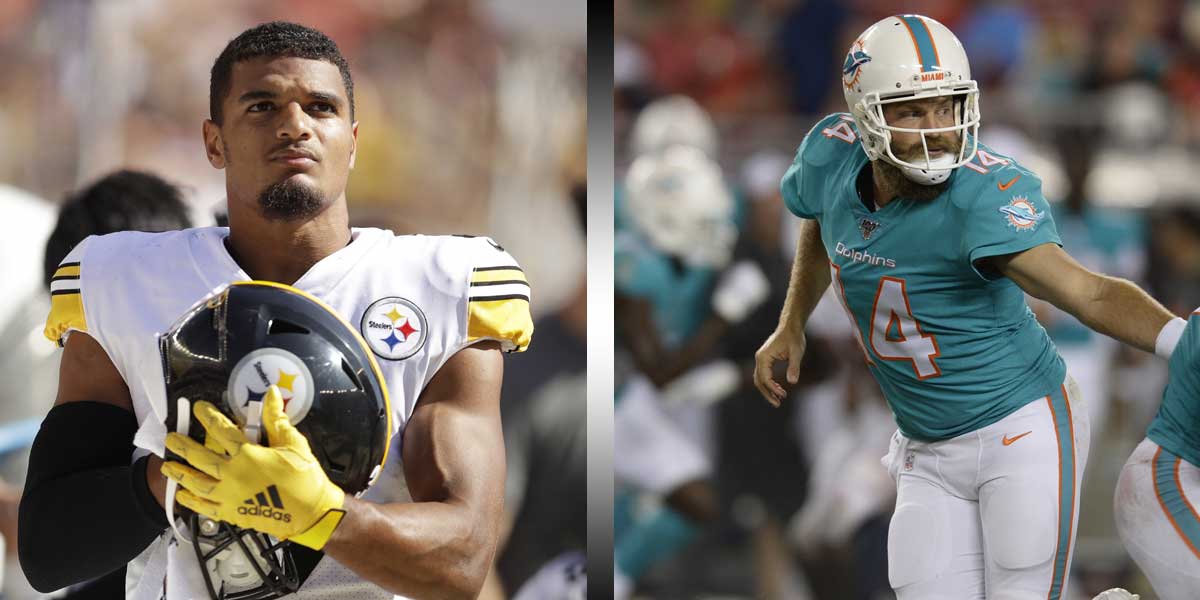 PITTSBURGH – On Monday, two NFL teams will face each other in a battle for not much more than some bragging rights. The 0-6 Miami Dolphins will travel north to face the 2-4 Pittsburgh Steelers at Heinz Field.

This is the first and only game these two will play against each other this year, but the two teams had a connection earlier in the season that has developed into a nice storyline for Monday Night Football: the Minkah Fitzpatrick trade.

On September 17, the Dolphins accepted Fitzpatrick’s request to be traded, as the team worked out a deal with the Steelers. Miami sent the safety, a 2020 fourth-round pick, and a 2021 seventh-rounder in exchange for a first and fifth-rounder in 2020 as well as a sixth-rounder in 2021.

As the Dolphins, embraced their tank, the Steelers added some secondary help in a season that has unfortunately fallen off the rails. Still, the addition of Fitzpatrick on the Steelers gives bettors a prop bet worth considering for tonight.

Fitzpatrick has only accounted for three interceptions in 22 career games (one in 2019), so this bet may be a challenge to hit. However, Ryan Fitzpatrick is averaging an interception per game (which includes the Dallas Cowboys game where he only attempted two passes during a Josh Rosen injury checkup).

In a loss to the Buffalo Bills last week, Fitzpatrick attempted 35 passes totaling 282 yards on the game. For the game on Monday Night, the over/under on Fitzpatrick’s passing yards is set at 235.5. That Buffalo game was the only time Fitzpatrick has exceeded this total, but the Steelers’ passing defense has averaged about ten more yards per game.

Miami is expected to pass the ball a lot, as they are two-touchdown underdogs in the game. But with an over/under of 43, the teams aren’t expected to reach the endzone too many times. Still, bettors should expect Fitzpatrick to be throwing the ball around, especially after the news of Kenyan Drake being traded to the Cardinals.

With this, look for receivers such as DeVante Parker to hit the over on the projected number of receptions (3, -140). Parker has hit at least three receptions in five of the six games the Dolphins have played this year and in 25 of the 36 games he has started for the Dolphins.

The Fitzpatrick trade is definitely the storyline in this Monday Night Football battle, but will this be the first time the Dolphins get a win on the season? Those crazy enough to take the odds (+600) will be one of the many laughing at the end of the night though, as nearly 60% of the wagers on the moneyline is supporting the longshot odds.

Be sure not to miss out on the Minkah Fitzpatrick revenge game, which kicks off on ESPN at 8:15 p.m. EST.