Skip to content
USA Online Sportsbooks | Sports Betting | Will The Buffalo Bills Make The Playoffs in 2019? 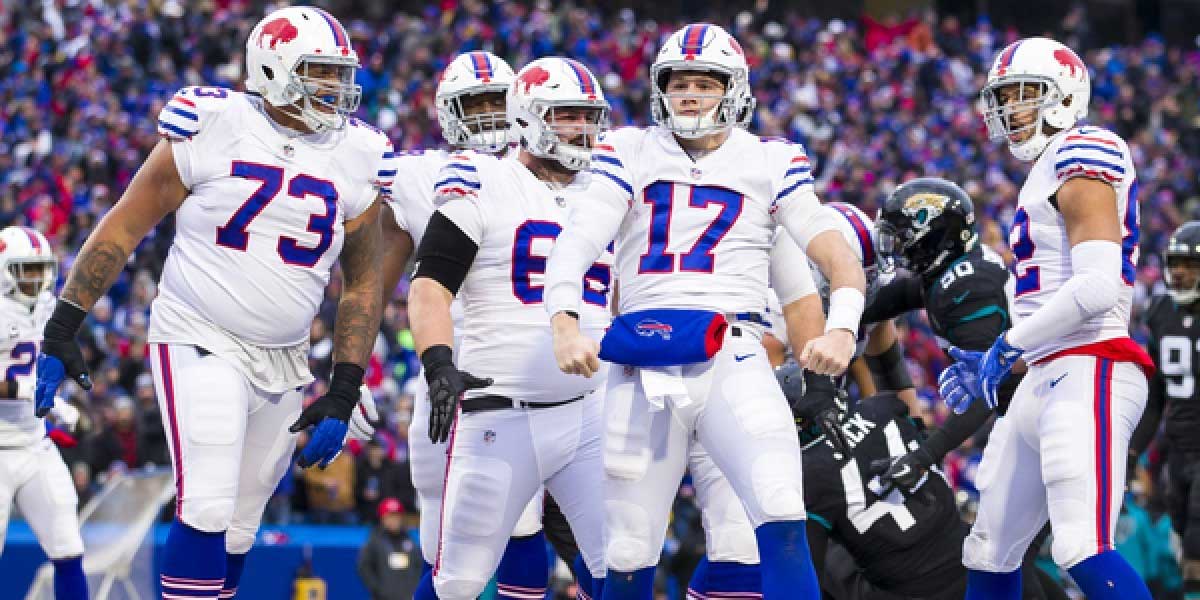 Quarterback, Josh Allen, and cornerback, Tre’Davious White are the team’s last two overall picks and both have achieved measurable success in this league. Allen, in his rookie season last year, threw for 2074 passing yards, had 18 total touchdowns compared to 12 interceptions and ran for 631 yards showcasing a dual-threat ability. Tre’Davious White, the Bills 2017 first-round pick, had a stellar 2018 sophomore campaign. PFF had this to say about the young phenom:

“White has been more than solid over the course of his two-year career so far, and he has earned a two-year coverage grade of 83.3 for his efforts. Since 2018, he’s allowed just 51.9% of his targets to be caught, and he has allowed a passer rating of just 69.1 on throws into his primary coverage.”

Outlook on 2019 For Buffalo

Coming into the 100th season in the NFL, the Buffalo Bills and their bevy of new free agent and draft additions look to shake a few things up in the AFC East. As the number two defensive unit in the NFL last year, defense was never really an issue in Buffalo. Offense, however, is a different story.

So far in 2019, the Bills are surprisingly undefeated. Dating back to Week 1 of preseason, Buffalo has gone 5-0 (four of which they were underdogs heading into the game). Playing as the +2.5 underdog in Week 1 of the regular season, the Bills came back from being down 16 points to the New York Jets at halftime to win the game. It was a testament to the defense coming up big and excellent offensive performances by rookie Devin Singletary and free-agent acquisition, John Brown.

Heading into Week 2, the Bills will face in-state rival, New York Giants, September 15 at 1 p.m. at MetLife Stadium. The books have the Bills listed as early 1.5 point favorites as the defense will have their hands full with Giants running back, Saquon Barkley. If they can get a win on the road this week and start 2-0, Buffalo will have the confidence going into Week 3 when the take on the Cincinnati Bengals, who narrowly lost to Seattle last week.

Best case scenario for the Buffalo Bills this season is that Josh Allen becomes the franchise quarterback Buffalo has been looking for, rookie defensive tackle Ed Oliver elevates an already scary defense to even better heights and for the offense to finally kick off on all cylinders. In a scenario like that, the Bills would need roughly 8-9 wins for wildcard contention. So far, the Bills playoff prop is +230 (Yes) and -290 (No) at sportsbooks in the US. The Bills have the talent in 2019 to make it there.