Skip to content
USA Online Sportsbooks | Sports Betting | Will The Gronk Come Out Of Retirement In Week 14? 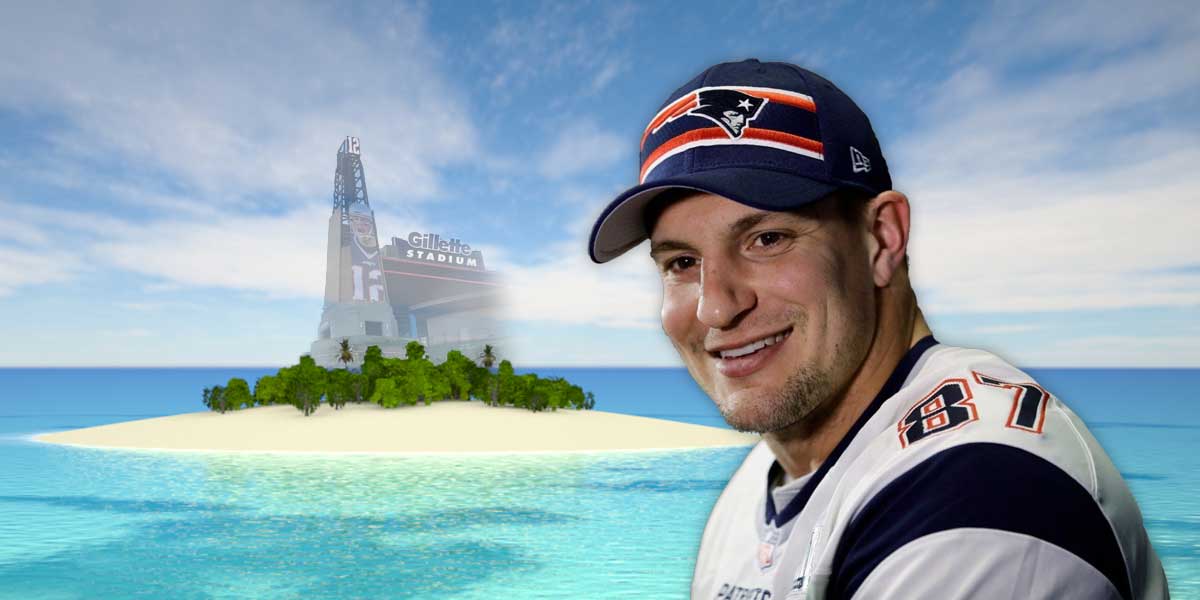 FOXBOROUGH, Mass. – It’s every New England Patriots fan's dream to see Rob Gronkowski come out of retirement. This last week has seen a swirl of speculation over the idea of that dream becoming a reality in Week 14 of the NFL season. League rules state that the Patriots would need to reinstate the Gronk by December 1, which is Week 13 of the season in order to make him eligible to play in Week 14 and beyond.

On September 9, Gronkowski went on Barstool Sports and made his public announcement to Dave Portnoy who uploaded the video to Twitter. While some say it was merely a joke for the camera, others believe that there was some truth to that video.

"I'm gonna be in single coverage with all those receivers we have," said Gronkowski in reference to the Patriots receivers. "Won't even get touched. Week 14!"

It’s official. @RobGronkowski will be back on the @Patriots week 14. His words. Not mine. pic.twitter.com/uPxzoTLZsv

In March of this year, Gronkowski announced his retirement from the NFL after nine seasons with New England. He was 29 at the time of his announcement. The tight end revealed that over the course of his career he endured close to 20 concussions and retired in order to put his health first.

"I want to be clear to my fans," said Gronkowski in August to ESPN. "I needed to recover. I was not in a good place. Football was bringing me down, and I didn't like it. I was losing that joy in life."

Since his retirement, he has taken control of his health and has lost 20lbs, now weighing in at 250. During his football days, his weight remained around the 270 range. He stands tall at 6’6. With his time off he has become a partner with Abacus health, the makers of CBDMEDIC.

“I’m an investor in CBDMedic,” Gronkowski told Yahoo Finance. “It’s a topical cream with CBD in it — it has pharmaceutical grade ingredients.”

In order to make a comeback possible, the Gronk has said that the NFL would have to legalize the use of CBD products by players. CBD has helped him tremendously with his muscle aches during his recovery. While it stems from the marijuana plant, there is no THC in CBD products, making them legal to use in the United States.

The latest in Gronkowski’s return talk came on September 12 when he went on CBS news for an interview. He told Reena Ninan of that he would really need to be feeling a return to the game to actually go through with it.

Asked if he'd return to the #NFL or change positions, @RobGronkowski says, "I have to really be feeling it" to come back https://t.co/CYw25maOgo pic.twitter.com/KYuvafiBji

In July he was seen practicing with New England Patriots quarterback Tom Brady. With his health now in check and his love for football still prevalent, USAOnlineSportsbooks.com believes his talk of a return could be more than just jokes. He has a few months to decide on what he would like to do in terms of a comeback. Seeing the Gronk back in uniform in December would mean Christmas came early in Foxborough and for Patriots fans everywhere.