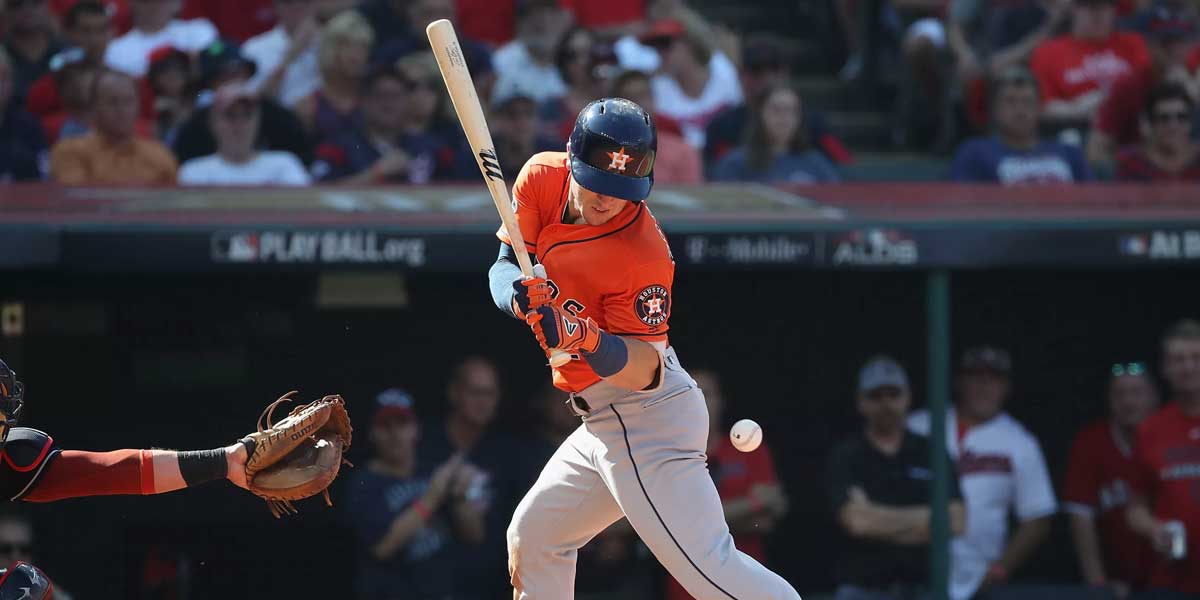 HOUSTON - The Houston Astros have been the talk of the offseason as they were recently suspected of stealing the signs of other teams in order for their hitters to have a better chance of hitting the ball.

They would use a camera on centerfield to get the signs of the opposing catcher and would demonstrate the sign to let the hitter know what kind of pitch was coming.

As this has been the talk of the offseason, William Hill sportsbook, a major US online sportsbook, took advantage of that and opened two prop bets for how many times the Astros hitters would be hit by pitches.

The first prop bet is the Over/Under of how many times the hitters will actually be hit. The Over/Under opened up at 83.5. With all of the anger built up because of the sign-stealing scandal, it is expected that they will be targeted. New Astros manager, Dusty Baker has been pleading with the MLB to protect the Astros players from being hit intentionally.

MLB Commissioner, Rob Manfred, agreed with Baker. “It’s simply not appropriate to express frustration you have growing out of the Astros’ situation by putting someone physically at risk by throwing at them,” said Manfred to ESPN.

The second bet that people can make is how many times the Astros hitters will actually get nailed by the ball. They are broken down into different ranges.

These are the odds for the number of times the Houston Astros will get hit by a pitch:

When betting on this MLB prop bet, people should know that not only do the statements from the Astros Manager and MLB Commissioner help in the Under bets favor but also the history of the team getting hit helps as well.

With the Over/Under opening at 83.5, bettors would strongly want to consider the Under. The highest they’ve been hit in the last five seasons was 70 times. Also, with the 81 to 90 exact hit range being the most favored at 3/1, it might be beneficial to bet below those numbers as the league has already expressed disciplinary measures to teams who intentionally hit.

In August of 1920, Cleveland Indians shortstop Ray Chapman went up to bat and was hit in the head as he did not move out of the way. After being transported to a hospital, Chapman had passed away 12 hours later.

In the year 2000, Mike Piazza of the New York Mets, was up to bat against Roger Clemens of the New York Yankees and was also hit directly in the head. Piazza suffered a concussion that caused him to miss the All-Star game. Later on that season when the two teams faced off again, Piazza and Clemens got in an altercation that had to be split up.

During the 1937 season, Hall of Famer, Mickey Cochrane was forced to retire after being hit in the head by a pitch that broke his skull.

The injuries that could occur from being hit by a pitch are severe which is why it shouldn’t be expected that many players would try to intentionally hurt someone on the Astros roster in this fashion.