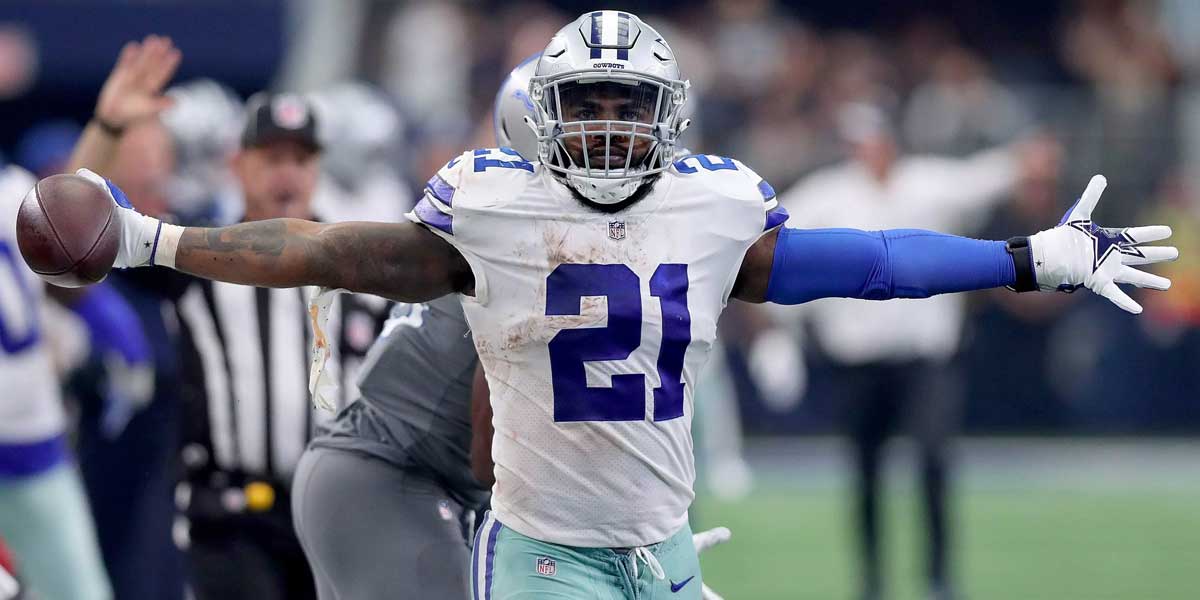 DALLAS – The Cowboys’ star running back has still not determined whether he will hold out or not, despite training camp beginning of Thursday.

Planned to make $3.853 million this year should he play, Ezekiel Elliott is now playing hardball though.

The two-time All-Pro, two-time rushing leader has stated he will leave the country should the ‘Boys and him not agree to terms suitable moving forward.

According to Ian Rappaport, Zeke “still has not yet firmly decided whether or not he is going to hold out.” The star running back was rumored to visit Mexico, similar to plans when he was out of the country during his six-week suspension in 2017.

Elliott has one more year on his contract – valued at just over $9 million a year – but is wanting to see much larger money over the course of a long-term deal. This belief comes from the fact Elliott has averaged more rushing yards per game every single season he has been in the league as well as for his role in protecting Dak Prescott on the pass blocking front.

The Cowboys have expressed their desire to work out a deal; however, if all goes south before training camp begins, we could see a situation similar to Le’Veon Bell last season.

In the eyes of the Cowboys, they could franchise tag Elliott for two additional seasons (worth the average of the top 5 running backs salary) after his contract expires in order to keep the terms of longevity out of their minds. The Cowboys have treated running backs differently in the past, as they utilized DeMarco Murray to the fullest before letting him walk a few years back but caved-in to the desires of Emmitt Smith in the 90s.

For the latter, the team allowed Smith to miss the first two games of the year (both losses), ended up paying him what he requested, and went on to win a Super Bowl that year.

However, Elliott does not only want money for his early production (somewhere in the ballpark of Gurley’s $14.5 million per year) but he also wants the guarantee that he will be securely on the roster for many more seasons.

For a running back, the length of the contract is one of the biggest factors that can create holdout situations. NFL fans have seen similar situations occur over the country, as LA Chargers’ running back Melvin Gordon also has expressed a threat to holdout.

Still, USAOnlineSportsbooks have Zeke as one of the favorites in running back production this upcoming season.

There is no doubt that the production of Elliott is necessary for the Cowboys’ success. With this, Elliott is one of the few running backs listed on nearly every odds board to win the NFL MVP. Though a running back hasn’t won since 2012, the span of ten years between 1997 and 2006 watched six winners come out of the backfield.

Elliott (+5000) could help return to this trend and secure the MVP, as only Alvin Karama (+4500) lays ahead of him for running backs along with two handfuls of quarterbacks and Aaron Donald (+4000).