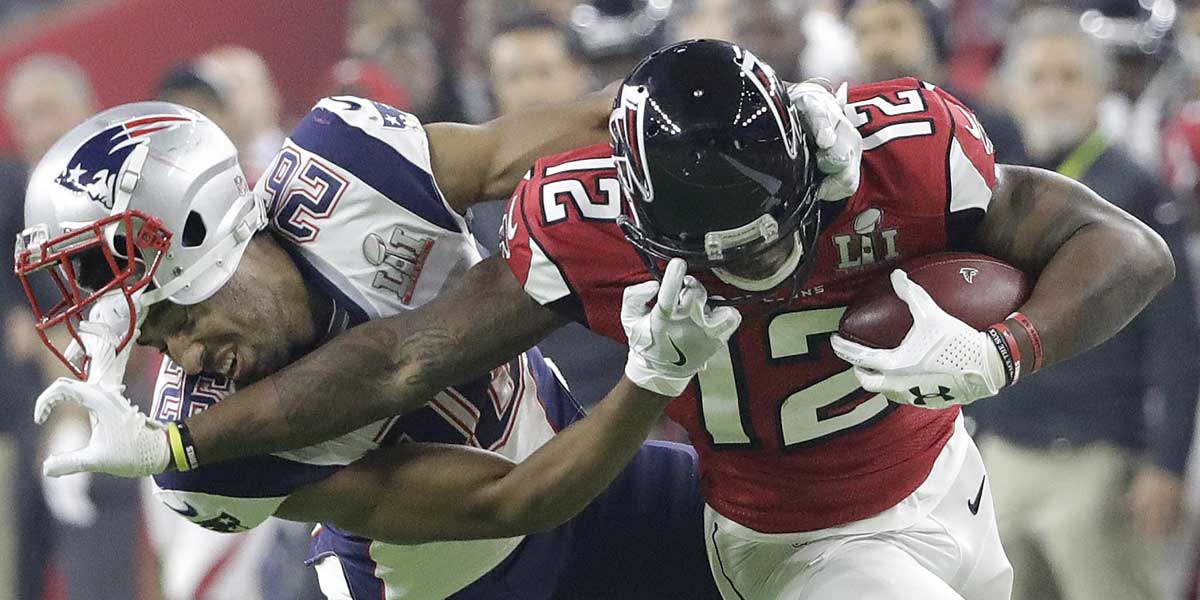 TALLAHASSEE, Fla. – Last night a backroom trade was made between the Atlanta Falcons and the New England Patriots to acquire Falcons wideout, Mohamed Sanu. The big-bodied receiver has been a fixture in the Atlanta offense since coming over from Cincinnati in 2016. His help  was greatly needed due to New England’s depleted wide receiver position.

Why It Makes Sense?

The Atlanta Falcons have had anything but a successful season so far. The Dirty Birds are currently 1-6 and are sitting in the basement of the NFC South.

With Julio Jones set as the franchise corner piece on offense and Calvin Ridley as the young protégé, Mohamed Sanu’s services became expendable. The 30-year-old wide receiver spent his first four seasons with the Cincinnati Bengals, with his best year coming in 2014.

Still, at 30, Sanu has never reached a 1,000-yard season nor has he ever scored more than five touchdowns in a season. It was evident that it was time to move on. Besides lack of production, the trade may be a sign that the Falcons are giving in on the season early as they look to accrue draft capital for the 2020 season.

The New England Patriots, on the other hand, have had quite the opposite season as their trading counterparts. Sitting alone atop of the AFC East as well as the conference itself, the Patriots find themselves at 7-0 with no signs of slowing down. They also currently have the best odds to win both the AFC East (-2500) as well as the Super Bowl (+240) at US sportsbooks.

So why the trade midseason and the giving away of a valuable second-round pick? Simply put, the Patriots are lacking big time at the receiver position.

Josh Gordon and Phillip Dorsett are currently nursing injuries and first-round pick, N’keal Harry, won’t be eligible to return to the field until early November. Seeing as the Patriots second-round pick will likely end up looking more like an early third by April’s draft, New England felt the price was right and took their chance. Now with a lineup of Julian Edelman, Mohamed Sanu, Phillip Dorsett, and N’Keal Harry, the Patriots should be a fierce competitor when they’re all healthy for the playoffs.

Who Won The Trade?

By all accounts, it looks like the Patriots won the trade here. Even though some might say a second-round pick for a 30-year-old receiver who’s never hit 1,000 yards is a stretch. While that may be true, New England isn’t in Atlanta’s position where they need the draft capital. The Patriots are the front runners in the AFC conference as well as being favored to win the Super Bowl. This should be looked at as a depth signing for the playoffs and nothing more. Down the stretch, if New England wins the Super Bowl, this trade will be looked at as vital to winning.