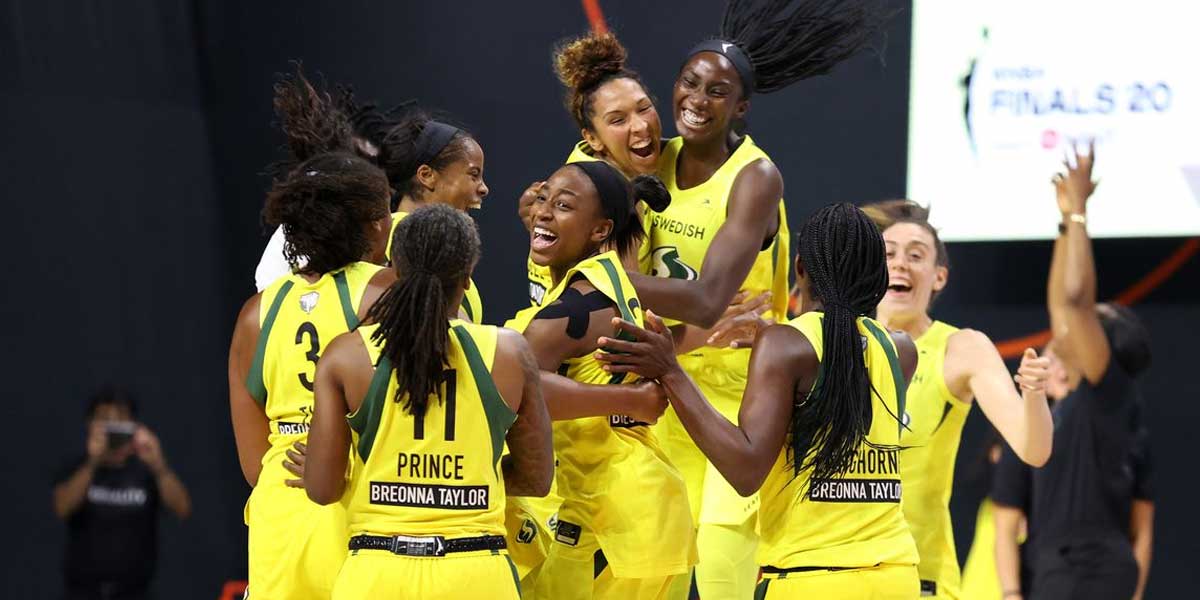 LAS VEGAS – The WNBA season is set to start on Friday, May 14, and betting odds have been released as to who will win the championship this season.

The Seattle Storm, the defending champs, are the favorites to win again this year. The Washington Mystics, Las Vegas Aces, and Los Angeles Sparks are listed as the biggest threats.

Can Seattle Run It Back?

The Seattle Storm will be trying to be the first WNBA team to win back-to-back championships since the Los Angeles Sparks in 2001-2002. The betting odds suggest they will with online sportsbooks listed the Storm as +200 favorites to win the championship.

Seattle will return Breanna Stewart, Sue Bird and Jewell Loyd which comprised three of the top four scorers from a season ago. Alysha Clark, who averaged the second-most minutes, third-most points, and made 1st Team All-Defense honors for Seattle last year has moved on to the Washington Mystics.

Between Stewart, Bird and Loyd the Storm should have enough talent to make another run at the title, but losing Clark could be pivotal, especially on the defensive end of the court.

Sports betting sites list the Mystics as the biggest challenger but many would argue that the Las Vegas Aces are the true top competitor for the title.

The Aces finished last season as the runner-up despite not being a healthy and complete team. This season, Las Vegas will get Liz Cambage and Kelsey Plum back after both missed the entirety of last season.

Bringing those two back to a roster that has A’Ja Wilson and Angel McCoughtry is a real threat on a nightly basis. The Aces also added Chelsea Gray to the roster, an all-star level guard. From top-to-bottom, there might not be a more talented team in the WNBA.