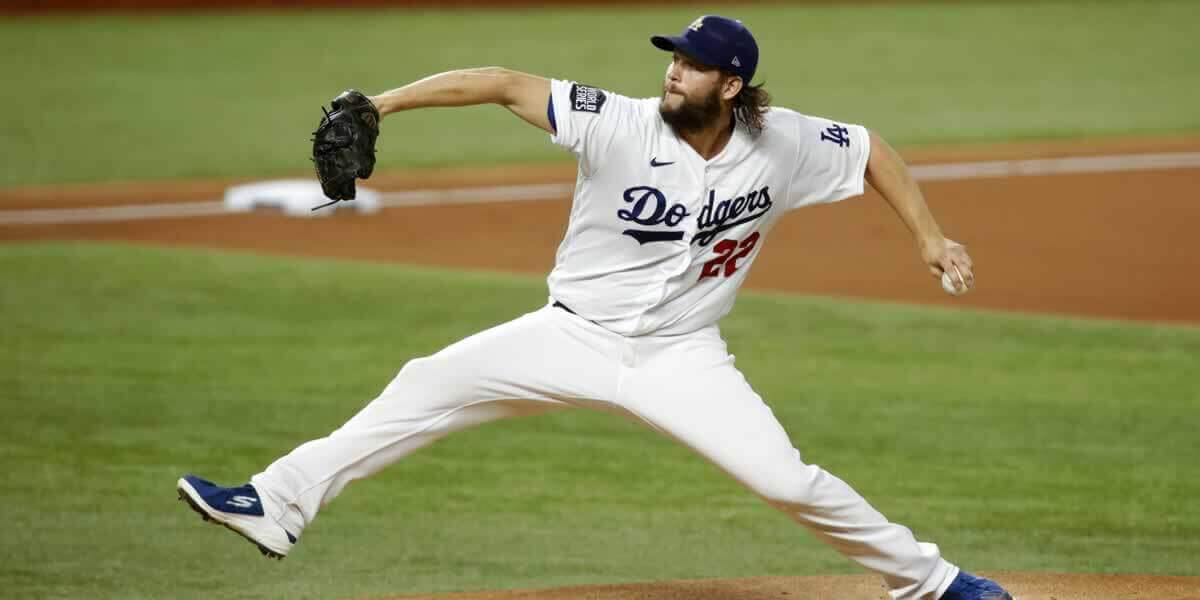 LAS VEGAS - A play beyond words evened the World Series at 2-2 and, no doubt, caused some of the worst MLB betting beats in the modern era.

The Rays entered the ninth inning down a run, and proceeded to get two men on base. With two outs in the bottom of the ninth, Brett Phillips was facing a 1-2 count, and swung away.

He hit a broken bat single into right center field, where CF Chris Taylor mishandled it, then eventually got the throw in.

Meanwhile, Rays star Randy Arozarena fell down on the basepaths, and Dodgers catcher Will Smith - expecting Arozarena to be close to home - rushed the catch at home plate, only to let it go past him.

So, what does that mean for the series going forward? Dodger fans seem crushed (see the comments on that play), but the series is still tied 2-2.

Let’s take a look at some of the odds for Game 5 and the pitchers that will take center stage.

Kershaw’s postseason struggles are perhaps the most talked-about aspect of his entire career.

However, there is a nonzero chance that they are overblown - and more than that, at a root, to some degree caused by the Houston Astros’ cheating scheme.

Kershaw fell off in the playoffs before the Astros, of course, but his biggest failure is Game 5 of the 2017 World Series - a year the Astros were cheating in.

To be blunt, his reputation as a choker is clearly unearned to some degree - blaming 2017 on Kershaw would be wholly unfair.

That said, even with the Astros out of the equation, he’s still had some struggles in the playoffs. It’s going to be up to Kershaw, at the end of the day. He’s the ace, and he has a chance to redeem himself in this game.

He already dominated the Tampa Bay Rays in Game 1, leaving the game with the Dodgers up 8-1.

In 89 plate appearances against Rays players (the majority coming against Hunter Renfroe and Manuel Margot), Kershaw holds the Rays to a .441 OPS.

Tyler Glasnow is set to take the mound for the Tampa Bay Rays opposite Kershaw.

Glasnow, meanwhile, has been the Rays secret weapon this postseason, but there’s one major problem for him.

The Dodgers mash him.

In 48 plate appearances, the Dodgers have an OPS of 1.032 against Glasnow, and a slugging percentage of .595.

Of special note is Cody Bellinger, who has hit three home runs in five plate appearances against Glasnow, to the tune of a 3.800 OPS.

All pitching related signs point to a Dodger victory - it will require a massive reversal of fortunes for the Rays to pull it off.

That said, the Rays just experienced a massive reversal of fortunes, so it’s quite hard to rule anything out in the future.

The Dodgers have only been held below four runs three times in the postseason so far, making that Over 3.5 the safest wager, especially against Glasnow.