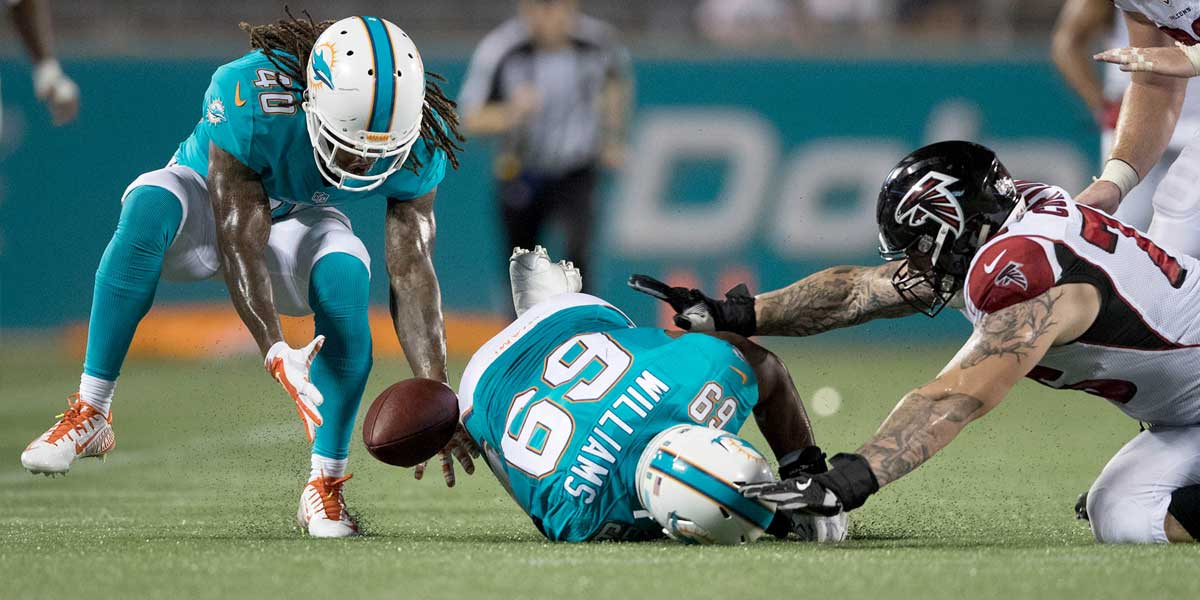 MIAMI - It is a known fact nationwide that the Miami Dolphins cannot win when it comes to the game of football. They have been the joke of the NFL for quite some time now. Most every team will have their good years and their bad years, but the Dolphins forgot that they’re supposed to switch up between the two and have been stuck on the bad switch for years.

Bookmakers all over find themselves scratching their heads when it comes time to place numbers on any Miami match because of how awful the team is as a whole. The fact is, with every opponent they face, they may always be the underdogs this season. The question for every sportsbook though is how much of an underdog they are going to be with each opponent.

What Makes The Dolphins So Terrible?

Even though the Dolphins have a reputation for tanking every season, this year is somewhat different. Rather than try to work as a team to get better and build actual chemistry on the field, players are looking to jump ship. After having such an embarrassing start, team members began making calls to their agents looking to be traded. That in itself is not the definition of a team player or a franchise looking to actually win.

“This is unprecedented. Teams have been bad before, but this is different,” said Jeff Davis, Caesars Sportsbook Director. “They’re bad and not caring. Everyone wants out. It’s kind of crazy.”

When a team is full of athletes who have no want to make an actual effort to try and win for the team they're representing, all is lost, literally. FanDuel is one of the USA online sportsbooks that has put up odds on the Dolphins to go 0-16 this year. The line is -600 for "No" and +400 for "Yes". This means that even the sportsbook has some glimmer of hope that the Fins can pull one win out of their helmet somewhere on the remainder of their schedule.

“Ultimately in this game you need trust from coaches to players and different groups, when you have that it’s a really good thing,” said head coach Brian Flores. “And it will help you win. And we need to continue to build that.”

Regardless of trust, the organization needs to make some serious changes. Unhappy players are going out there and not playing to win. They’re out there for a paycheck. Some are unhappy because of landslide losses while others do not like the way specific strategies are putting them in positions on the field that they’d rather not play in.

“Sometimes players are in positions where they aren’t as comfortable, but they’re doing it for the team,” said Flores.

But the thing is, they’re losing for the team in those spots. With the nation knowing how awful the Miami Dolphins are, their odds continue to get longer. Odds for the Fins to win the AFC East are at +30000. The last time Miami was first in the AFC East was in 2000 with a season record of 11-5.

Currently, the Dolphins are 0-3 having lost their last game to the Dallas Cowboys 31-6. Their game on Sunday is against the Los Angeles Chargers at 1 pm EST. The Chargers have odds of -1100 while Miami has been given +650 odds of winning. The match will be televised by the CBS network. If this team wants any chance of walking out of the stadium on Sunday with their first win of the season, they need to start playing football. Disinterested players only lead to worse odds and the well-deserved title of “Worst Team in NFL History.”