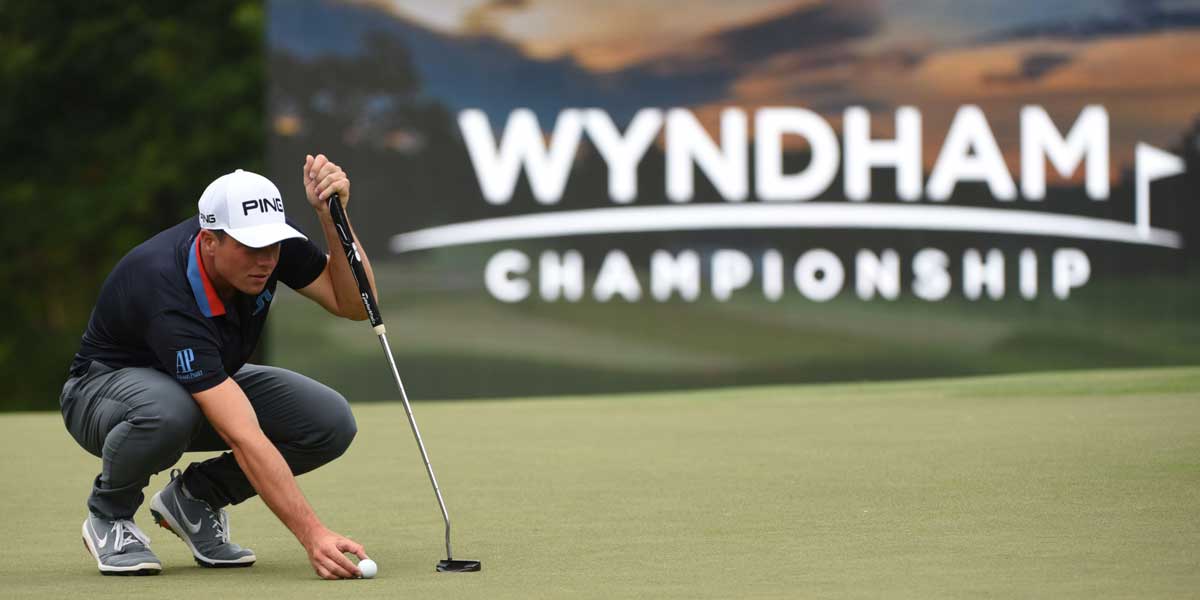 GREENSBORO, N.C. - The Wyndham Championship is set to enter its last day, and that means there are a bunch of ways to wager on it at the major online sportsbooks.

The last day of any PGA event is great for sports bettors, because there are always a bunch of great head to head matchup bets to be found.

This column will go over some of the more interesting ones that are set to go off during today’s final round of the Wyndham Championship.

Patrick Reed is sitting at -10 for the tournament so far, which puts him in a tie for 18th place overall.

Webb Simpson has had a great tournament, and sits at -13, after putting a -5 on the board Saturday.

This means that Simpson is tied for seventh place in the tournament, with a shot at a better finish if he does well and field leader Kim Si-Woo has a bad outing.

Final Round Head To Head

Simpson is a notable favorite in this head to head matchup. He is actually the largest favorite on the board in all of the head to heads that have been posted so far.

This is a big matchup - Simpson is ranked sixth in the PGA, while Reed is ranked ninth, so this should be one of the best on the board.

Given their relatively close rankings, it is a bit of a surprise to see Simpson as such a favorite, but he has had a better tournament so far.

Kim Si-Woo is absolutely crushing this tournament so far, and is sitting in first place, with a -18, after putting a -8 on the board yesterday.

Billy Horschel is on a tear of his own, putting up -5 yesterday, which puts him at -15, good for fourth place in the tournament right now.

Kim is ranked 115th on the PGA tour right now, while Horschel sits at 38th on the Tour.

The relative disparity in overall quality between the two golfers is the biggest reason why there is such a gap in the odds, despite Kim being ahead in this specific tournament.

Final Round Head To Head

Horschel is a -130 favorite in the head to head matchup. This makes sense given his higher overall ranking compared to Kim.

It seems like the online sportsbooks think that Kim’s -8 Saturday was a bit of an outlier in the positive direction and that on balance, Horschel should be the better golfer.

That’s not an unreasonable conclusion, but it’s hard to ignore just how incredible Kim has been over the course of the tournament.

It’s his tournament to lose right now, but he’ll need to put up another great performance to hold off a competitor as good as Horschel.

Both of these matchups should be compelling, and each of them should be a great golf betting opportunity.