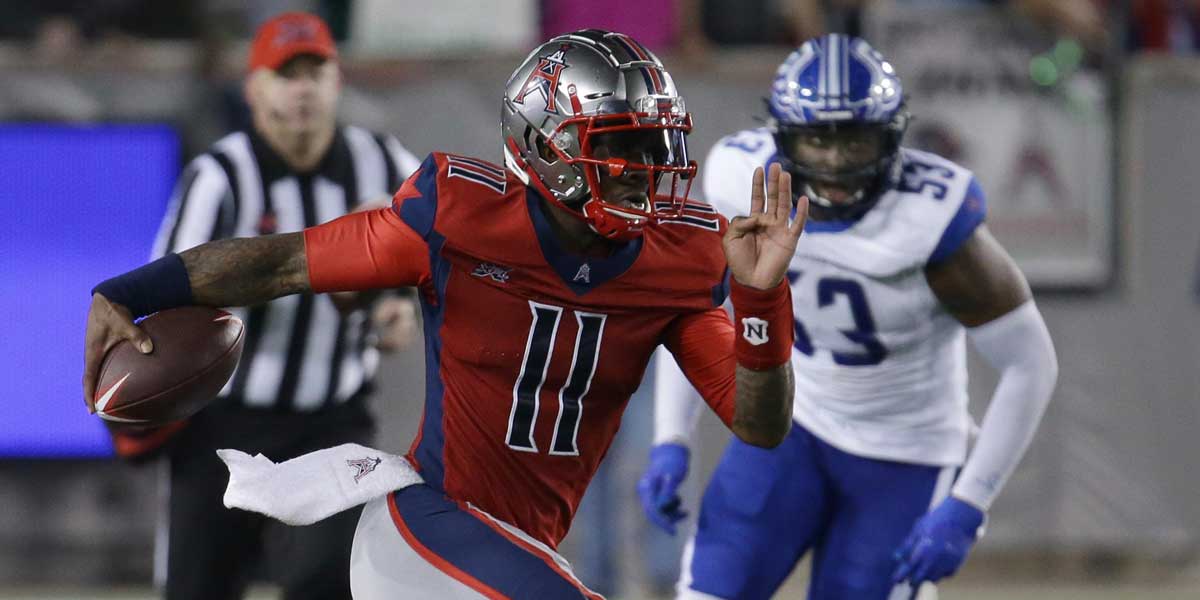 TAMPA BAY, Fla. - Week 2 of the XFL was a success. That success is looking to carry into Week 3 starting this Saturday when the Houston Roughnecks take on the Tampa Bay Vipers. The Roughnecks will look to run with this one as they are first in the West and the Vipers are last in the East.

The second game on Saturday will feature the Dallas Renegades and the Seattle Dragons in what is looking to be a competitive game as both teams have the same record and are trying to leave each other in the rearview mirror.

The Roughnecks (2-0) who currently sit at first place in the West are taking on the Vipers (0-2) who are in last place in the East. Houston opened up the XFL betting odds with a 5.5 point spread in favor of them and a -250 money line. Tampa has a +210 odds on the moneyline. The Over/Under for total points in the game is 45.5.

The Over/Under is risky as the Roughnecks have scored nine total touchdowns through the first two weeks while Tampa Bay has only scored one. With online sportsbooks having the total points at 45.5, it will leave bettors praying that Houston goes off.

One thing that looks positive for the Over bet, however, is that the Houston Defense has allowed for two or more touchdowns in the first two weeks.

As for Tampa Bay, Aaron Murray had the lowest completion percentage in the league at 47%. He is the only starting quarterback without a touchdown this season, granted he didn’t play in Week 2 and has been ruled out for Week 3. They need to focus on running the ball more with Jacques Patrick in this matchup.

This matchup could turn out to be a more competitive one as both the Renegades and Dragons are sitting at 1-1 in the West. Both teams would like to jump in front of each other early on in the season. Dallas is the favorite right now with a 4-point spread and -180 odds on the moneyline. Seattle is listed at +160 odds on the moneyline. The Over/Under for the total points in the game is 43.

This Over/Under is going to be a tough one to figure out. More so on the Seattle side of things, they allowed four touchdowns in week one alone and just one in week two.

It is too early on in the season to know if we should expect to see them give up points or not. Dallas, on the other hand, has allowed two or more touchdowns in each of their first two games.

Last week, the Renegades got their first look at their highly anticipated quarterback Landry Jones. Jones played alright as he went for 305 yards and a touchdown but also threw for two interceptions.

Fans should fully expect to see a bounce-back game from Jones as he has high expectations. Also, the Renegades can look for another score from running back Cameron Artis-Payne as he already has two on the season which is tied for first.

Seattle, on the other hand, has somehow pulled off a win in their first two weeks despite entering the season with the lowest XFL championship odds. Brandon Silvers has been tough to watch as he leads the league in interceptions with three and also has the 4th lowest quarterback rating.

He has shown some glimpses of positivity with four touchdown passes but he needs to realize this is not Troy Football anymore.