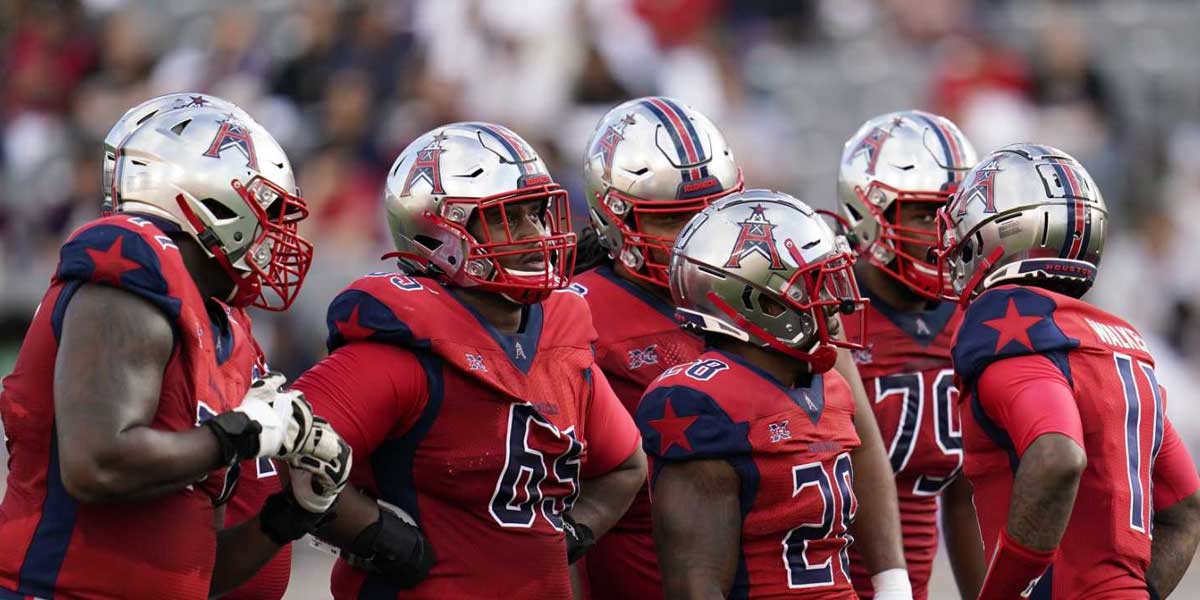 DALLAS - Week 4 XFL betting odds are upon sports bettors and Sunday’s outings are sure to shape up the potential playoff picture.

The Dallas Renegades are vying for the top spot in the XFL West as they host the current seed holder Houston Roughnecks in a Texas rivalry clash. This game may be a preview of the Division Finals as both teams have dominated so far this season.

The Tampa Bay Vipers will try and gain a win Sunday at home, although their XFL odds aren’t favorable this week. They have tough competition as the DC Defenders are second in the East and are trying to shake off a loss from Week 3.

The Roughneck's are the Sunday favorites to stay undefeated despite Dallas’ 2-0 home record. A lot of Houston’s success is predicated on the dynamic duo of QB P.J. Walker and WR Cam Phillips.

Walker is currently hosting a league-leading 748 yards passing with 11 total touchdowns and just one interception in that stretch.

Houston’s defense is little to be desired, however, as they have given up 68 points on 9 touchdowns to tie for a league-high. If the Renegades want to capitalize on anything Sunday, it will be Houston’s defensive lapses.

Dallas has been plagued by slow starts this season despite being on a two-game win streak. The Renegades have no lead in a single first half this season yet somehow have managed to outscore opponents 40-12 after the break.

Dallas QB Landry Jones and RB Cameron Artis-Payne are the CenterPoint’s of the Renegades offense. Artis-Payne has the second-most rushing yards this season at 185. 161 (87%) of those coming after halftime.

Do Or Die For Tampa

The Vipers are the only team in the league that has zero wins. With a 10-game season, Tampa needs this win to even hope to keep their season alive.

Tampa’s running game has been impressive, averaging 140 yards per game with Jacques Patrick and De’Veon Smith being the third and fifth league-leading rushers.

Tampa also put up a fight against still undefeated Houston last week, showing they do have the potential to be explosive and hopefully they can catch fire against the Defenders.

This Sunday will be a big one for XFL bettors to get in on the action.