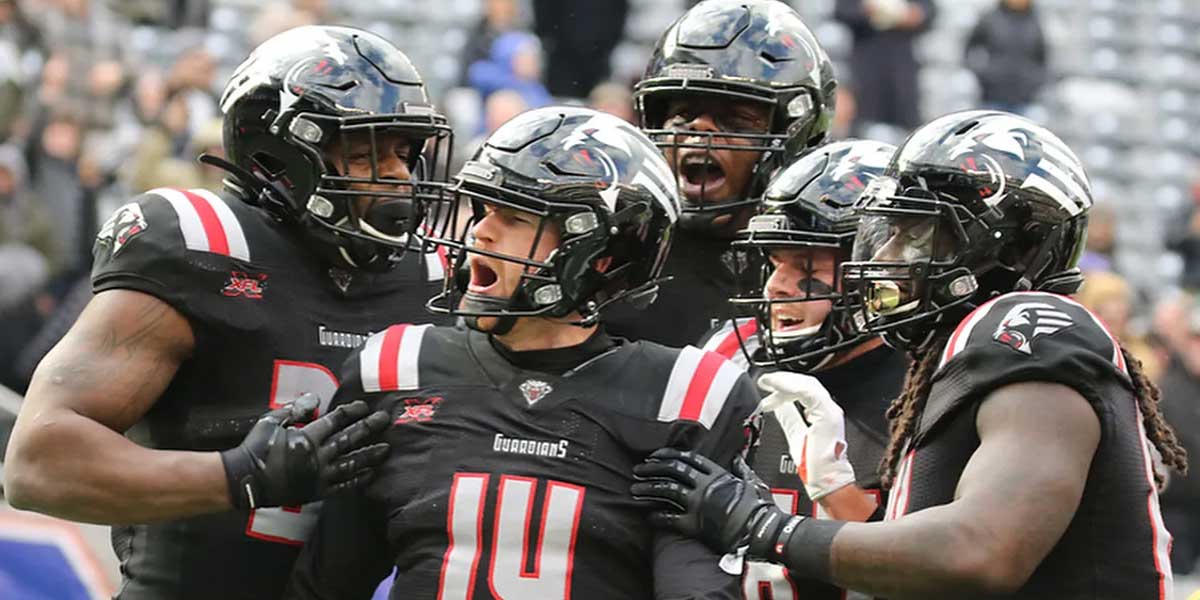 SEATTLE – Week 2 of XFL Betting odds for the regular season begins with a Saturday matchup of two undefeated teams as the New York Guardians (1-0) travel to the nation's capital to take on the DC Defenders (1-0).

That game will be followed by a matchup of teams looking to get their first win of the season when the Tampa Bay Vipers (0-1) head west to face the Seattle Dragons (0-1).

The XFL will have the remaining four teams playing in a Sunday slate of games. The Saturday games offer some good returns on odds and  USA Sportsbooks have put together a betting preview for the matchups below.

Winner: Should be the DC Defenders (-7), Over. The DC Defenders looked like a team that could find a variety of ways to win with former Ohio State Buckeye Cardale Jones under center who threw for 235 yards and two touchdowns in Week 1.

The passing yard total of 235 was the second most in the XFL that for the opening week. Jones is a big reason why the DC Defenders are presumed to be one of the best teams in the XFL this year and explains why they are a seven-point favorite at home to hand the Guardians their first loss of the season.

The Total for this game is set at 47.5 and both teams were among the highest-scoring squads in the league just a week ago. Take the Over as this matchup is expected to be a shootout. Placing a bet on the New York’s +210 money line odds to pull off the upset are the only bets on the Guardians that’s should be placed based on the sample size of XFL Betting information gathered from Week 1.

Winner: Should be Tampa Bay Vipers (-2.5), Under. The Vipers-Dragons matchup will be one of the most difficult matchups to predict in Week 2. The Vipers are narrow two-point favorites on the road against the Seattle Dragons.

Each team performed poorly in Week 1 with the Vipers not even scoring a touchdown in their first game while the Dragons were beaten in all phases of the game by the DC Defenders. The Vipers will need to put the ball in quarterback/running back Quinton Flowers hands to put more points on the board.

Dragons quarterback Brandon Silvers threw two interceptions in Week 1 and should be able to bounce back with no interceptions against the Vipers defense which allowed the NY Guardians to run rampant in Week 1.

Neither team scored over 20 points in Week 1 so expect the total 43.5 total in this matchup to go Under as both teams’ offenses will need to find some form of rhythm. Taking the Vipers ATS could be beneficial because their offense will likely play to its potential after falling flat in Week 1.

If Head Coach Marc Trestman learned anything from his team’s first initial performance it is maybe that he should call the game more aggressively and utilize the XFL’s special rules such as the double forward pass.