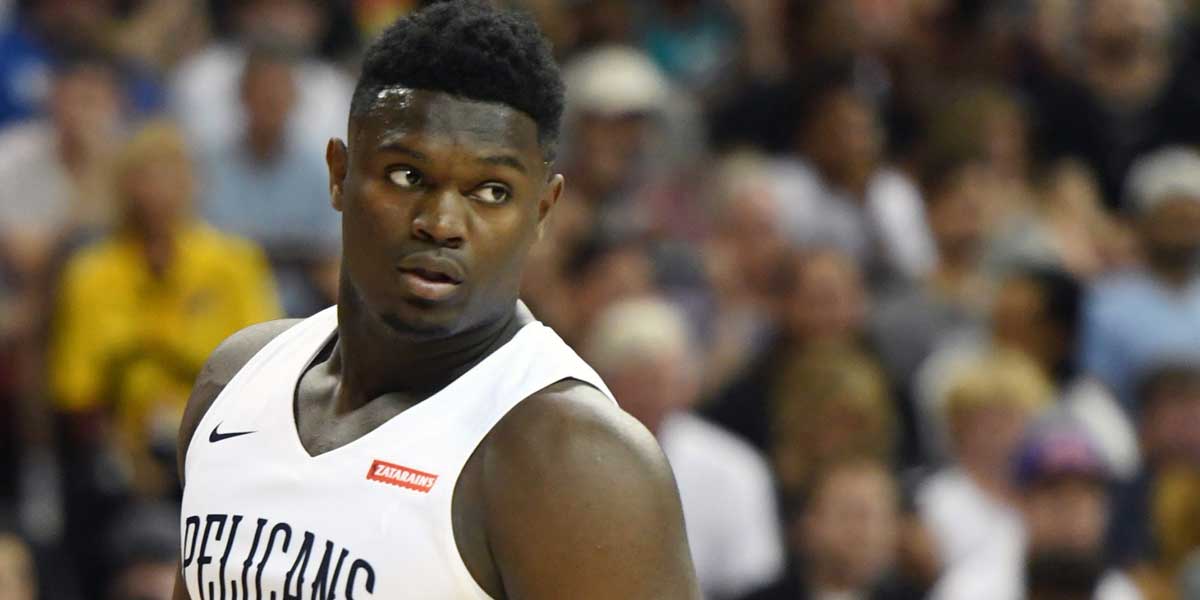 NEW ORLEANS, La. – The NBA season tips off tonight and one of the teams playing will be without one of the biggest names in basketball for the past year. The New Orleans Pelicans will start the season without their No. 1 overall pick in the 2019 NBA Draft, Zion Williamson.

Williamson is expected to miss the first 6-8 weeks of the NBA season after suffering a torn meniscus in his right knee. That timetable means New Orleans could be without the No. 1 pick for their first 20-30 games to start the season. However, going forward the Pelicans don’t expect this injury to linger. With all the hype surrounding Williamson, they’ll probably keep him off the court until he is 100% healthy.

Coming into the season, Williamson was the betting favorite to win the NBA Rookie of the Year award at US sportsbooks. Due to Williamson’s injury sportsbooks now have Memphis Grizzlies point guard and No. 2 overall pick Ja Morant as the favorite to win Rookie of the Year, listing him at +200 odds. Morant is a special player but the Grizzlies aren’t going to be a playoff team this season, thus leaving the door open for Williamson to still win the award.

It’s truly disappointing that the NBA debut of the star rookie will be delayed because he looked spectacular for the Pelicans this preseason, averaging 23.3 points, 6.5 rebounds, and 2.3 assists while shooting an efficient 71% from the field. By posting astonishing stats for someone who hasn’t played in an official NBA game yet, it’s clear why Williamson remains in the Rookie of the Year race, he’s truly a special basketball player already.

Without Williamson tonight, the Pelicans are 7-point underdogs on the road against the defending NBA champion Toronto Raptors. This will be the first of many games without Zion for the Pelicans and they have a talented enough roster to still make the playoffs in the West this season.

Whenever Williamson does return for the Pelicans, it will be a big boost for the franchise trying to make it back into the playoffs for the first time since 2017. He’s a tough player to guard in the paint and has special playmaking abilities out of the forward position. With Williamson healthy, the Pelicans can be 6-8th seed in the highly competitive Western Conference.

Here are the complete updated odds for the NBA Rookie of the Year Award via BetOnline.ag