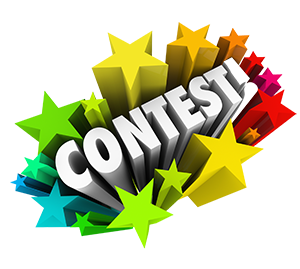 March Madness contests are unquestionably the most famous contest of this type. They are enormous bracket based guessing games, wherein competitors guess the results of each game in the NCAA tournament, which is a bracket-style competition between 128 teams. Guessing the results correctly in the first round means that your second round guesses will be that much more likely to be correct, and so on and so forth. However, sports betting contests are not limited to March Madness alone, as sportsbooks are very interested in making sure that bettors have access to all the types of betting they could possibly imagine.

Many of the major online sportsbooks run many contests of this type, as they are an excellent way to get players involved in betting on sports. This page is here as a guide to many of the contest style competitions that you might find on some online sportsbooks.

We’re gonna start things off with a bang – A hundred thousand dollars are up for grabs, and the top prize is actually the highest of all the contests listed here due to the way BetOnline does their prizing distribution. All you need to do is make your bracket for March Madness, the NCAA tournament.

This is basically a free contest for bettors in good standing at MyBookie. The prize pool is low compared to some other contests, but that is due to the free entry. There are three things that you need to do to have an entry into this contest. The first is that you have an account in good standing at MyBookie’s online sportsbook. Second, you need to have deposited money into your account at MyBookie before. Finally, you need to have placed a graded bet at MyBookie. If you have done all of these things, you should be good to go!

This contest is limited to those who are invited by MyBookie to participate, meaning that it is not open to the public without an invitation. The criteria for an invitation is not disclosed by MyBookie, but should you receive an invitation, this is one of the best value contests possible, with a high prize pool and no entry fee whatsoever.

This is the big kahuna, the large enchilada, the biggest of them all on MyBookie. For $15, you can compete in an enormous sitewide March Madness bracket competition, which will allow you to win up to $10,000 for first prize. The total prize pool is $100,000. 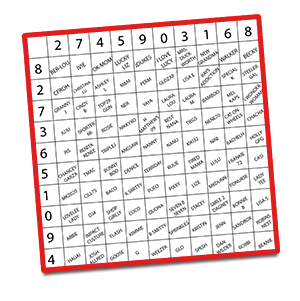 Not all contests are March Madness! Squares is an excellent contest that is running constantly over on MyBookie, on all kinds of games. You can play squares with college football, NFL football, college basketball and NBA basketball on MyBookie. The way squares works is it’s functionally a game where you guess what the last number of each teams' score will be at the end of certain time periods, whether those be halves or quarters. Then, on a grid, you will have purchased a square. The last number in each team's score is entered onto the grid, and the owner of the square at which those numbers intersect is the winner. Trust me, it’s a lot easier than it sounds. You’re just picking squares on a grid.

Top Prize: For NFL, NBA and College Football, the payout is as follows:

For College Basketball, since there are only halves, not quarters, it is divided as such: