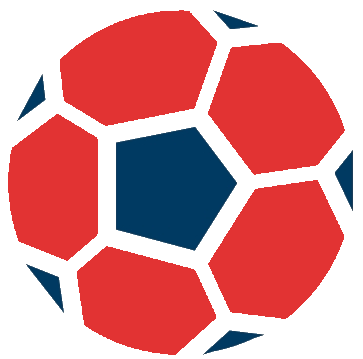 Betting on soccer can take many forms, as there are many different leagues which bettors can focus on to place their bets. Each of the major countries has a league, and each of the leagues differs slightly in quality of teams. For example, the English league is the English Premier League, in Spain they have La Liga, in France they have Ligue 1, in Germany they have the Bundesliga, and so on. However, soccer is one of those sports than can be played just about anywhere and in turn, gamblers can also bet on soccer from almost anywhere.

Soccer betting can take many forms in terms of how you do it, as well. If you live in one of the states that has state sanctioned sports betting, you can use your state sanctioned sportsbook to bet on the soccer matches you’d like to bet on. If you do not, or you simply want to shop lines, you can take to the online sportsbooks, where you can find a multitude of good bets and good lines. Either way, betting on soccer legally is quite an easy task to accomplish and with the sheer number of betting lines available, it can turn you into a betting conniseur.

Is It Legal To Bet On Soccer In The USA?

The fundamental thing to understand about betting on soccer in the USA is that it is legal. First, if you live in a state with state sanctioned sports betting, of which there are 14, you should be able to place bets on soccer matches at your local state sanctioned sportsbook as long as you are above the legal gambling age in your state. Similarly, you can place bets at online sportsbooks. The one thing to remember is the Wire Act, which means that while it is not illegal to bet on soccer matches in states that do not have state sanctioned sports betting, federal laws will prevent you from betting across state lines. However, with the growing list of states with legal sports betting and the ability to wager offshore, soccer betting is both legal and easy.

Betting on Soccer Online is a similar proposal to betting on them at a casino – certain states have, in addition to state sanctioned sports betting, state sanctioned online sports betting. If you live in one of those states, it is as simple as going to the website of the state’s sports betting partner (generally, what states will do is partner with a large sportsbook to run their sports betting operations), finding the matches, and placing your bets. If you aren’t in a state with sanctioned online sports betting, don’t fret. As discussed above, the online real money sportsbooks are accessible – that’s basically their business model, after all. The way the offshore sportsbooks work is that they are located in, for example, Costa Rica, where there are less restrictions on gambling than there are in the United States, and then accessible via the internet all over the world.

The Structure Of Major Soccer Leagues 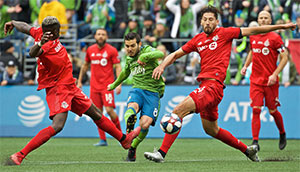 The way most major soccer leagues work is a little different from how US based sports leagues like the NBA and the NFL tend to work. The American MLS works in a familiar manner to Americans – the teams play during the regular season, compete in the playoffs after it, and have a draft to bring in new players. The European soccer leagues exist in a different system entirely. They tend not to have playoff systems, and they tend to have promotion and relegation, as well as relatively unrestricted player transfers.

Winning the league, in a European soccer league, means winning the most points over the course of league play during a season. Typically, a win awards three points, a draw awards one point, and a loss awards zero. The team with the most points at the end of the season wins the league. Depending on the league, the three teams with the least points at the end of the season are relegated to the second tier of competition.

This section will be divided into odds on the various competitions that are currently ongoing, and will be constantly updated to reflect changes in odds and completion of said competitions.

How To Find The Best Soccer Odds

The odds we listed above are from Bovada, which is only one of the major sports betting websites that you can use. One of the best things you can do as a bettor is to shop lines, so that you can find better odds on certain bets. For example, let’s say one website has Manchester City as +500 favorites to win the Champions League, and one website has them at +400. It would obviously be more advantageous to bet on the website that has them at +500, as that would yield a larger return. This is the basic premise of shopping lines – not all websites will set the lines the same, and using more of them can allow you to find the best lines for a given match.

So you want to shop lines when betting on soccer, but where do you start? There are so many online sportsbooks that you have no idea which ones are best, and instead of answering “all of them” like a true degenerate would do, we’re going to focus in on a couple of them that come highly recommended.

Bovada - Offering Odds On Soccer Matches From All Over The World

Bovada is the industry standard in online sportsbooks. It has the best website and it has great odds on that website. When you want to bet on something, or maybe just see what the odds are, Bovada is a great first choice.
Bovada’s website is a highlight – it’s optimized very well for ease of use, and looks excellent on mobile devices. It has great functionality when it comes to selecting a bet to wager on, and it looks fantastic. In addition, when you sign up at Bovada, they offer a sportsbook bonus on signup that should be an excellent starter pack, if you will, for sports betting. Beyond that, they are constantly running promotions, so make sure to check for them when you bet at Bovada.

BetOnline is a simple, stripped down website designed around doing exactly what you think it is doing: letting you place bets online, simply and easily. It is a no frills betting experience – when you go to BetOnline, you are immediately immersed in over/unders, picks, spreads and lines, from the get go. One thing to keep in mind with BetOnline is their offers upon signup and deposit. For example, if you are using cryptocurrency to deposit, and you have never done so before, you can use the code CRYPTO100 upon deposit to receive a bonus of 100% of your deposit, up to a certain number. They run promotions like this constantly, so if you sign up, it’s important to remember to check for the codes.
BetOnline Sportsbook Review Visit BetOnline Sportsbook

How To Bet On Soccer

The main soccer wagering types are familiar to those who place bets on sports regularly, but for the sake of this page, we will assume that you, the person reading this, are not one of those people. When you bet on soccer games, you can either bet on the spread, or bet on the moneyline.

When you bet on the spread, the odds will be close to even, but one team will receive a handicap. This handicap means that, for example, if Barcelona is -1 on the spread, that Barcelona needs to win by more than one goal for the bet to pay out.

The other big way to bet on soccer is to bet on futures odds. In soccer, these are simple. You bet on a team to win their respective league, or the Champions League, or whatever competition they are involved in, and you receive a payout based on their odds to do so.

Betting On Soccer From My Phone

Mobile soccer betting is easier than ever in 2020! For all of the online sportsbooks, their websites are designed such that, when you visit them on a mobile device, a mobile version of the website is displayed to you. This mobile version of the website will have an app-like feel, and will be very user friendly and easy to understand. That is the easiest way for users of offshore sportsbooks to bet on soccer. However, if you are in a state with state sanctioned sports betting, things get a little complex if you don’t want to use the offshores. Some of the states have online and mobile betting, and some do not, so the first thing you’ll want to do is check and see that you are in a state where you can bet online at all. Then, if you are, you want to check and see if the online betting extends past casino grounds. If it does, you should be good to go on your state’s state sanctioned sportsbook.