Home of the Boston Celtics, Bruins, and many more iconic professional sports franchises, there are plenty of opportunities to bet on sports online in Massachusetts. There have always been options to use sportsbooks in Mass, with online books like Bovada and BetOnline accepting all Massachusetts players. Online betting can take place with any smart phone, and bettors could place wagers anywhere from Fenway Park to Harvard University.

Can I Use Bovada In Massachusetts?

Yes, Bovada can be used in Massachusetts. Bovada has been providing odds in Massachusetts for years and remains the primary way bettors wager. There are no laws in the Massachusetts legislation that bars bettors from wagering at Bovada to their heart’s desire. Massachusetts recently passed legislation to regulate betting and even within the passed bill there was no mention of banning Bovada from offering odds within state lines.

Bovada is one of the best Massachusetts sports betting options, whether you want to wager on the New England Patriots or the Boston Red Sox. Bovada’s website is one of the easiest to use, and it is accessible on both mobile and computer devices. You can use crypto at Bovada, they have excellent bonuses, and a great customer service staff.

All Bettors In Massachusetts Allowed

Available across MA, you can wager on the New England Revolution just as easily as you can wager on the Pats when you use BetOnline. Famous for their wide variety of odds, as well as their sharp lines, BetOnline is a top sportsbook option in Massachusetts, and is heavily invested in cryptocurrency, making it one of the best crypto sportsbooks around.

One of Massachusetts’ best sportsbooks, SportsBetting has operated since 1998, and in that time has become trusted among wagerers across MA. They offer real time customer support at 1-888-843-9027, an excellent bonus program, and a well-designed website that functions exactly like a bookie sheet.

Available for anyone who wants to bet on Massachusetts sports teams as well as teams outside of the state, MyBookie focuses on providing mobile betting on both iPhones and Android devices. They’re heavily focused on crypto, so you can get extra bonuses when you deposit with crypto, such as their 250% crypto matching bonus.

Bet on the Patriots

Operating out of Curacao, XBet has special offers for cryptocurrency users, such as a 100% matching bonus with the code XB100, and faster deposits and withdrawals. They also offer higher deposit maximums and lower deposit minimums when you deposit with cryptocurrency, making XBet a great crypto sportsbook for bettors in the Bay State.

How To Bet On Sports In Massachusetts

Creating an account and betting with online sportsbooks is an easier decision than picking cranberries in the month of May. Online sportsbooks are free to sign up for all Massachusetts residents and the process is simple and only takes a few minutes. Once you have an account, you just have to deposit funds into that account, with your preferred payment method.

Sports betters in the Bay State love all options the sportsbooks have to offer, but cryptocurrency deposits have become the favorite method. Credit and debit card deposits had been the favorite for a long time, but since users can't withdraw from that method, they have begun moving away from it. Low minimums and high maximums are staples amongst Massachusetts' sportsbooks. Viewing the deposit ranges for each method at some of the top sportsbooks showcases the value of betting with cryptocurrency in Massachusetts.

Getting Paid Out From A Massachusetts Online Betting Site

After cashing a bet from a Massachusetts online sportsbook, the first thing you are going to want to do is request a payout. Luckily for you, the process is extremely simple and doesn’t take much time at all. Just confirm who you are when making your request.

Are There Teams To Bet On In Massachusetts?

Massachusetts has been represented well by their five professional sports teams as they’ve won 38 combined championships in each of their respective sports. The Boston Celtics lead the way with 17 NBA titles, the Boston Red Sox have 9 World Series championships, and both the New England Patriots and Boston Bruins have six Super Bowls and Stanley Cup championships. There are also 8 Division I college sports teams for you to cheer on and place bets on as well.

Odds For Past Massachusetts Championship Run

New England Patriots – In 2018, Tom Brady won his last Super Bowl with the Patriots, with preseason odds at +600. These were the same odds that the Patriots won it with as well in 2016, and only +50 shorter than their odds winning it in 2014.

Betting On The New England Patriots In Massachusetts

However, the Red Sox are no stranger to powering through the last stretch of the season and fighting for and in the MLB postseason. Even with long odds, the Red Sox have value for placing wagers on making the playoffs, or even the World Series.

In 2021, the Red Sox won four of their last five regular season games, and beat the New York Yankees in the AL Wild Card Game, where they were +101 underdogs. They ended up loosing in the AL Championship series to the Houston Astros.

The Eagles are coming off a six-win season, in an ACC conference that is dominated like it has been in the past. Boston College has +4000 preseason odds to win the conference, with Clemson being the favorite at -135. They have +30000 odds to win the 2023 CFP Championship. Even though they have not had success in the past, does not mean there are not efficient and profitable ways to bet on the Eagles.

Betting On The Eagles ATS

You have so much freedom when it comes to betting on sports online in Massachusetts with the help of mobile betting sites. Those sites all allow you to access your favorite online sportsbooks right from your phone or tablet as long as you have a steady enough connection to the internet. The great thing about this also is that they do not require you to download an application that would take up storage space on your phone. Some of those devices that you can use include:

In short, yes, the online sportsbooks that let you bet with crypto are safe and secure for you to use and have been trusted by many for years. It all starts with each of their 24/7 customer support that will help walk you through any issues that come up at any hour of the day. They also use several encrypted links to secure your accounts and their web browsers including all of your financial and personal information.

Is It Legal To Bet On Sports In Massachusetts?

It is indeed legal to bet on sports in Massachusetts. Lawmakers passed legislation in 2022 to regulate the market. This law allows for both mobile and retail sportsbooks to launch in Massachusetts with limited college sports betting options. Online betting is legal statewide at regulated books with no remote registration requirements. Additionally, licensed online sportsbooks remain legal in the Bay State and provide even more legal options for locals.

Will I Get In Trouble For Online Sports Betting In Massachusetts?

While there is no launch date set for the Massachusetts betting market to go live, experts have estimated that over $100 million would be wagered in the Bay State. Massachusetts has three active local casinos that see an economic impact of $307.9 million and a tax impact of $129.2 million in the state without sports betting being live. All time the gross gaming revenue is $1.02 billion as of 2021 according to the American Gaming Association. Massachusetts is the birth place of DraftKings, one of the biggest sportsbooks in the industry, home to several stored franchises in the Boston Celtics, Boston Bruins, and New England Patriots, and a strong sports culture. Massachusetts could easily become one of the biggest betting markets out there.

In Massachusetts, cryptocurrency is certainly on the rise and it makes sense that certain online sportsbooks in the state have expanded into that market letting bet on sports with cryptocurrency. They are some of the most beneficial forms of payment that you can use on these sites being that they have the quickest processing times of any other financial method and can also be transferred from your crypto wallet to your betting account in just minutes. Some of the top cryptos that you can use include: 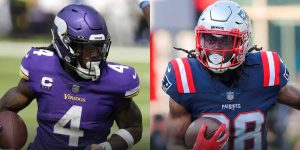 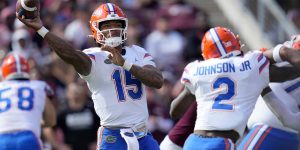 Will FSU Make It 5 ATS Wins in A Row Vs. Gators? 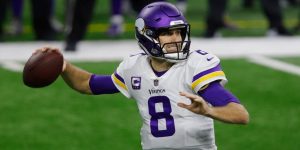 Vikings Favored Over Pats by Three on Thanksgiving 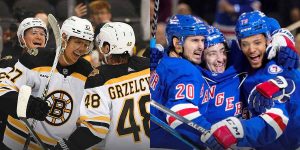 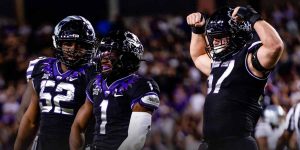 Betting on TCU’s Odds to Make CFP Before Baylor Matchup 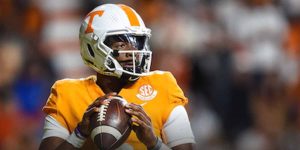 When betting on sports in Massachusetts, there are different things to keep in mind that way you can make the smartest decisions.

Betting With Your Head Not Heart

It could be very easy to get carried away when betting on Boston sports teams as you always want to support your home team, however, more often than not, there could be money made on away teams as well. With that said, you should always do your homework on both teams playing and bet with the stats and trends rather than what you want to happen.

Sometimes lines can look very enticing, however, they could be suspiciously good. Sportsbooks sometimes know something that the public does not and they take advantage of that by offering lines that are not so aggressive in hopes to get people to bet on them. This is another example where doing your homework comes into play rather than taking lines that look enticing.