Daily Fantasy Sports (DFS) is the latest phenomenon in the “gamification” of professional sports, and the pastime – with tens of millions of users nationwide – has been almost singularly credited with increasing television viewership of the NFL, NBA, MLB, and more. So it’s clear that the entertainment and sports industries benefit tremendously from the popularity of DFS, but are Daily Fantasy Sports sites legal?

The answer is more complex than it ought to be. In 40 states throughout America, the sites – and services they offer – are 100% legal. That doesn’t mean that Daily Fantasy Sports sites are explicitly outlined in each state’s law books; rather, it means that DFS is not overtly illegal in those states, and there is no record of any prosecutorial action otherwise. In the remaining states (excepting Texas, which is a peculiar gray area), Daily Fantasy Sports is currently illegal. Thus, using Daily Fantasy Sports sites to enjoy the pastime in those places is also against the law.

Daily Fantasy Sports sites have not been explicitly “legalized” in most states where their games are freely offered and played. Of the 40 such states where this is the case, about half of them have specific laws that officially recognize and regulate DFS. Arkansas, Colorado, Illinois, Indiana, Kansas, Maryland, Massachusetts, Michigan, Mississippi, Missouri, New Hampshire, New York, Rhode Island, Tennessee, Virginia, and Vermont have all passed and signed legislation that legally recognizes the legitimacy of paid Daily Fantasy Sports leagues. Naturally, dozens – perhaps hundreds – of legal DFS sites operate within each of those states.

Conversely to the above, there are nine states wherein Daily Fantasy Sports sites are either illegal or not available for various reasons: Arizona, Alabama, Hawaii, Idaho, Iowa, Louisiana, Montana, Nevada, and Washington. Of these, Alabama, Hawaii, Idaho, and Nevada have all introduced recent legislation to formally legalize and regulate state-wide Daily Fantasy Sports. Louisiana has actually had several parishes approve daily fantasy sports via ballot referendums, but there has been little progress getting the big DFS operators into the state. It may be several months (or even years) before these states see their respective legislatures actually pass the necessary laws to decriminalize DFS.

Is Daily Fantasy Sports A Type Of Gambling?

Kind of. While Daily Fantasy Sports is a type of gambling in the sense that it comprises wagers based on unknowable outcomes of future events, there are significant loopholes and/or technical workarounds available to those who wish to press or challenge the issue. The operative law for both supporters and detractors of DFS legality is the Unlawful Internet Gambling Enforcement Act (UIGEA, 2006). In the grand tradition of government, of course, nobody can actually agree on what the UIGEA actually means.

The state-by-state legality of Daily Fantasy Sports is almost universally predicated on the governmental interpretation of “gambling” as a concept. States either view DFS as a “game of chance,” which constitutes gambling by definition, or as a “game of skill,” which doesn’t. In states where Daily Fantasy Sports sites are legal (or otherwise allowed to operate), it has been determined that the pastime passes the “predominance test,” meaning that the league outcomes rely predominantly on the skill of the player rather than on simple random chance.

Still, some states believe chance plays a bigger role, and many are reliant on the non-legislated “opinions” of Attorneys General to set their standards. However, even in states where DFS has been explicitly attacked by various entities in their legal systems, there isn’t really any evidence of prosecution when it comes to individual players.

What Are The Best Legal Daily Fantasy Sports Sites?

For serious players, there are only two main Daily Fantasy Sports sites to choose from. These two competitors, DraftKings and FanDuel, make up over 90% of the American DFS market. Yes, companies like Yahoo and FantasyDraft take a tiny bit of market share from those two juggernauts, but they’re not able to offer the same level of league variety or payout guarantees.

DraftKings, which boasts around 10 million users, is the largest of the legal Daily Fantasy Sports sites, with FanDuel and its 6 million customers coming in at a close second. As far as variety goes, DraftKings also has the edge, as it offers NASCAR, MMA, Canadian football, and eSports leagues, while FanDuel sticks to the standard sports (NFL, NBA, MLB, etc.) that both share.

If you’re interested in one of these standard sports, of course, your decision should be based on the unique league rules that both sites operate under. If you want a kicker on your fantasy football team, for example, you’ll need to choose FanDuel, as DraftKings doesn’t offer the position in its setup. Fantasy scoring is also different between the sites, so one is sure to suit your individual style of play more than the other. The sites even have different buy-in and stakes limits. Unfortunately, the only way to find out which site works best for you is to sign up at both. Fortunately, it’s free and easy to do just that!

Considering Texas’ (undeserved) association with individual liberty, many folks might be surprised that it’s the only state in the US where one major Daily Fantasy Sports site operates (DraftKings) while the other one (FanDuel) does not. This is because, upon Texas Attorney General Ken Paxton’s announcement that DFS constitutes illegal gambling because he says so, FanDuel struck a deal with Paxton’s office to cease operations in exchange for punitive immunity. DraftKings, on the other hand, sued the guy in March of 2016, and the company continues to offer league play in the state while the lawsuit is pending. 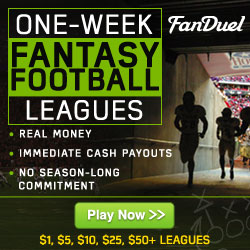 Whether or not Daily Fantasy Sports sites are legal, there is one extremely popular American sport that neither DraftKings nor FanDuel will touch: college football. From a demand and ubiquity standpoint, this seems like an obvious oversight on the part of the operators, but it’s not so simple.

Because DraftKings and FanDuel are the driving forces behind all of the successful DFS lobbying that’s been carried out across America these last several years, they’ve had to offer a concession or two to get the broader scope of Daily Fantasy Sports considered by various congresses. Since many states that have actually passed DFS-friendly laws have explicitly made collegiate and amateur athletics off-limits, DraftKings and FanDuel have collectively decided to make a good-faith gesture to states on the fence by preemptively banning action on NCAA football.

It seems to be the right decision for now, but it’s only a matter of time before college football gets absorbed into the broader DFS menu. After all, online sportsbooks in the USA offer action on the NCAA, as do many of the land-based sportsbooks that are opening across the nation.

Can I Be Arrested For Playing On Daily Fantasy Sports Sites?

There is no record of anyone being prosecuted or arrested for simply spending money at Daily Fantasy Sports sites, and the general supposition is that any law forbidding the individual from playing such games is mostly – if not completely – unenforceable. In other words, your local and state governments are probably unable (technically and/or practically) to monitor your Internet activity for online gambling and DFS league action.

There is one example of a Washington resident being criminally charged for offering NASCAR-based paid fantasy gaming over the Internet, but he was arrested as an illegal operator, not a DFS player. As with online sports betting, state and federal governments only seem interested in pursuing vendors of questionably illegal gaming, not the actual customers themselves. And as with online sports betting, if you don’t go out of your way to advertise that you’re playing Daily Fantasy Sports, you’ll be just fine.

What Is The Minimum Age For Playing On Legal Daily Fantasy Sports Sites?

Since DFS isn’t officially legal in most states, there is not a standard minimum age for playing on Daily Fantasy Sports sites. DraftKings and FanDuel require users to be at least 18 years of age, but those rules are only binding within their terms of service and are not necessarily reflective of any pertinent laws in your area.

The best rule when it comes to questions of age limits for online gaming of any kind is to err on the side of caution. If your state has legal land-based gambling, go with the minimum age of entry for casinos near you. Usually, that will be 21 years of age.

Regardless of whether or not your state has a clear minimum age for online or in-person gaming, it is imperative that you adhere – at the very least – to your legal Daily Fantasy Sports sites’ age limits. If you violate their terms of service by playing underage, you can expect to have your account frozen, your funds and winnings forfeited, and you might even be permanently banned.

If Daily Fantasy Sports Sites Are Illegal In My State, Can I Use A VPN? 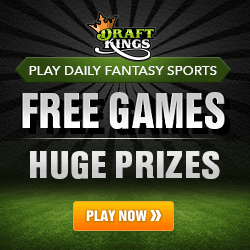 VPNs, or virtual private networks, are extremely useful tools for those requiring increased privacy and security online. They work by routing the traffic to and from your machine through different states and data centers, assigning various IP addresses to everything you do. In this way, pinpointing the point of origin for any specific account activity is much more difficult than it otherwise might be.

As VPN services gain traction in the public consciousness, the question of using them to bypass state restrictions on Daily Fantasy Sports sites is being asked all the time. Alas, the answer is probably not what you want to hear: No, you cannot use a VPN to bypass local laws banning DFS providers and services. DraftKings and FanDuel will not allow residents in banned states to sign up, nor will they allow users to bypass these restrictions by using a VPN.

While you may have a legitimate reason to use a VPN in states where Daily Fantasy Sports sites are legal, you can expect to have to prove your case to customer service before they’ll actually let you play. Otherwise, you should expect your VPN to merely serve as a roadblock and get your account flagged, locked, or banned. In other words, if Daily Fantasy Sports sites aren’t legal in your state, don’t risk it. Just wait. With more states legalizing sports betting every day, it seems likely that the argument on DFS will eventually become moot.